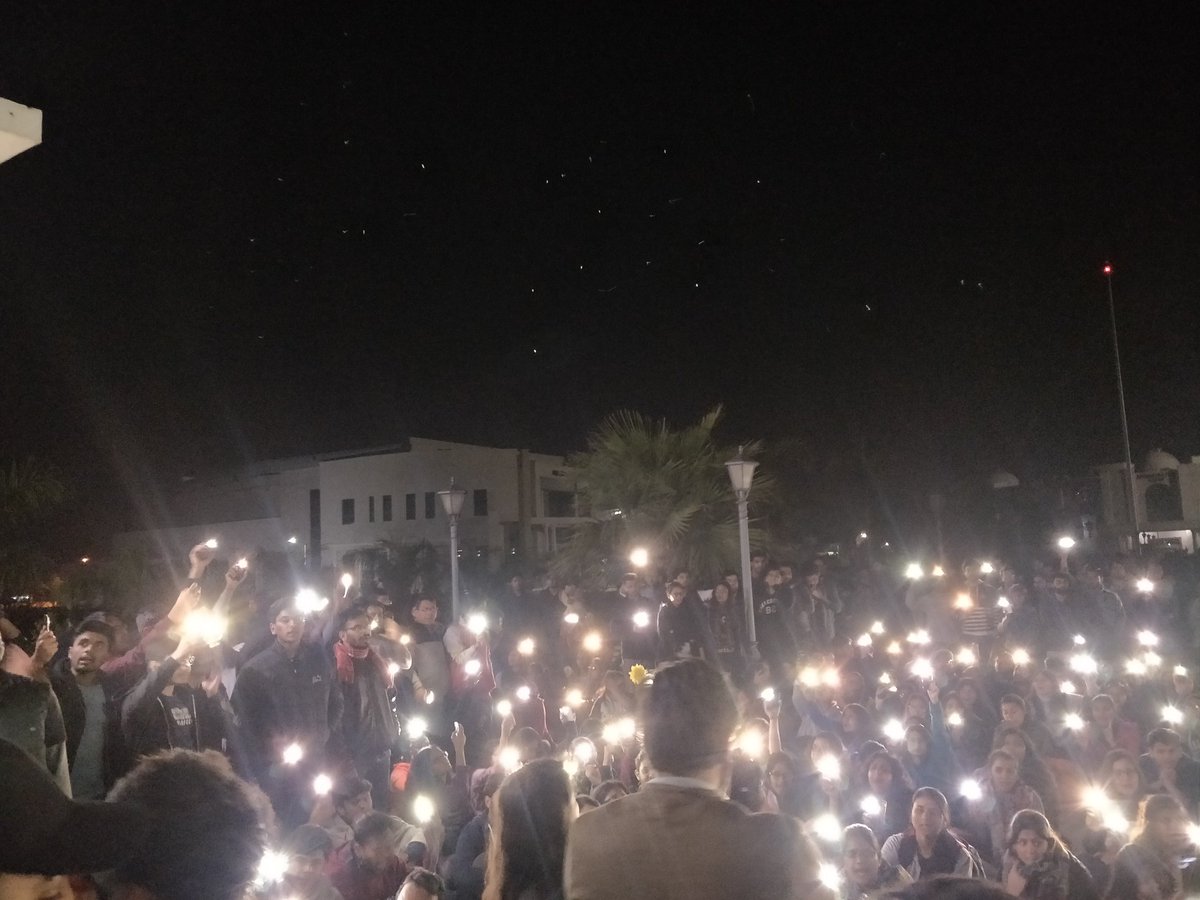 A couple of days ago, students at Rajiv Gandhi National University of Law (RGNUL) decided to put their mattresses outside the vice chancellor’s office and spend the night out in the cold to protest against the varsity’s coercive measures.

The students demanded that the administration revoke the suspension of six students who were targeted for protesting against unhygienic food being served in the boys’ hostel.

Students with their mattresses outside in the campus. Image provided by RGNUL student.

In addition, they demanded the suspension of administrative officer S.P. Singh for allegedly making sexist remarks to several female students. They also sought to constitute a students’ representative body and pressed for the elimination of discriminatory hostel in-timings for female hostellers.

Today, six days after the protests began, the students decided to call off the agitation after the vice chancellor (VC) finally agreed to meet their demands.

However, they say the road to victory was not easy.

The administration had threatened the students, rescheduled mid-term exams, levelled false allegations, beefed up security on campus, removed pages from newspapers containing protest reports and did everything possible to disperse the agitation.

Despite all that, the protest continued.

On each of the five days, students organised candle light marches and slept in the cold outside the VC’s office.

On the day the university arbitrarily suspended the six students, scores of other students gathered outside the administrative bloc in solidarity and shouted slogans like “We want our boys back” and “S.P. teri tanashahi nahi chalegi (S.P., Your dictatorship will not stand)”.

While some students shared instances of being harassed by Singh, others held up posters saying: “Unchi humaari udaan hai, student body ki maang hai (We demand a student body)”.

As the protest gained momentum with each passing day, some students used creative mediums like plays and songs to express their aggression.

The actors impersonated Mahatma Gandhi’s three monkeys: hinting at an administration that can’t see how discriminatory hostel timings for female students are; hear allegations against S.P. Singh’s sexist comments and; speak against the injustices meted out to students.

Behind them, another actor recited a poem with verses like “Hum ek nhi anek hai, desh ka bhavishya hain (We are not one but many, we are the future of this country).”

Meanwhile, bystanders shared a quirky protest song titled ‘Atyachaar’ among themselves. Composed by first-year students, the song addressed issues like sexism on campus, arbitrary penalties, poor quality food in the mess and corrupt practices of the administration.

On Wednesday, the administration finally buckled and conceded to the students’ demands. However, students say that the fight shall continue.

They said that as per the new order, the administration has asked them to withdraw complaints filed with the National Commission for Women – detailing the instances of Singh’s sexist remarks.

In addition, there are many corrupt practices within the administration which still need to be brought to light according to students.

“There are extensive practices, crossing the threshold of corruption and much further, and we’ll now want to challenge them – starting with getting access to financial documents and audits of the University,” said a third-year BA LLB student at the university.

“We’ve got a long way to go, and we’re sure this isn’t the end of our struggle against maladministration at RGNUL,” he added.