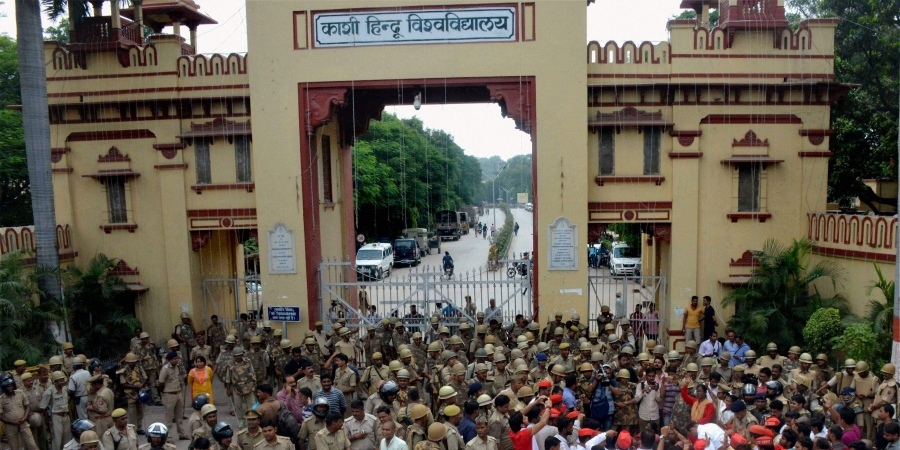 A month after accusing her department’s dean of sexual harassment, a research scholar at Banaras Hindu University has still yet to see any real movement in the case.

Feeling both physically and mentally exhausted by the lack of response to mails sent to the concerned authorities, she says she has also been at the receiving end of defamatory posts on social media – posts that made her name public.

To top it all off, those who have stood by her side, she says, are being called in for interrogation.

“I have taken academic leave to collect data rather than going to the faculty because the faculty environment has become ever more hostile to me,” she says.

According to a report published in Dainik Jagran on July 18, the dean denied the allegation and claimed that the concerned student has a poor attendance record, something the scholar refutes. She also said that there are no classes at this stage of research.

When LiveWire reached out to the dean, he refused to comment on anything saying that the “matter is under investigation.”

According to the scholar, the sordid tale started in April 2019 when the dean started keeping the attendance register in his room.

“Whenever I would walk in, he would behave inappropriately: stare, scan me up and down and talk. I would feel very uncomfortable. At times, he would deliberately keep the register right in front of him,” she said.

Initially, she ignored thinking that he would soon tire of this behaviour. When it didn’t, she changed the time she signed in to after 10 am to avoid being alone with him. But the dean continued to behave inappropriately, she says.

Frustrated, she eventually confronted him one day. Since then, the nightmare has only worsened, she says.

Also read: A Year Ago, BHU Students Protested Against the Administration. Now They’re Getting Debarred

“He started torturing me indirectly. He returned my fellowship papers claiming that my attendance is short. Then on June 7, he issued a questionable notice instructing that students would have to sign the attendance sheet by 11 am. In the notice that I received in hard copy, the time was corrected from 11 to 10 am,” she says.

LiveWire reached out to her supervisor, who has now retired, who rejected the dean’s claims and confirmed that the scholar has always been a regular in college.

“She has been a regular student, you can check her record. The dean’s inappropriate behaviour has affected her mental health. He could have just kept the register outside if students were not comfortable entering his room. While it is disturbing to see her being tortured like this, I cannot take any step because I have retired. However, I feel the higher authorities should take necessary measures at the earliest,” he said.

Subsequently, she took a medical leave from June 8 to June 22 on the advise of her mental health counsellor. She re-joined college on June 24 and on July 7, wrote an email to the vice chancellor explaining the problems.

According to her, an investigation committee was set up which, on July 11, called the dean to seek a clarification on the allegations, which he claimed were untrue. At the meeting, she says, Royana Singh – chairperson of the women’s grievance cell – assured her that quick action would be taken if she continued to face harassment.

“However, within three days of the meeting, some students started a signature campaign against me and bullied me in front of a crowd, all of them standing in support of the dean. That committee meeting was supposed to have been confidential,” she says.

Also read: What Does a College Do When a Man Harasses a Woman? Nothing.

Some students, she says, also wrote defamatory posts on social media and made her name public. Emails written to the grievance cell have gone unanswered. Singh, she says, has only advised her to “ignore those Facebook posts”.

However, Singh refuted her statement and said that the cell has been providing her with necessary mental support.

“I have been in touch with her ever since she made the complaint and have also taken some counselling sessions with her. We have contacted the higher authorities to look into the matter and an investigation is underway. But these things take time. BHU has had a history of similar cases and we have stood with our students each times. Some of our students have also taken legal recourse to file complaints and we have supported them,” Singh said.

BHU has had a history of cases of sexual harassment against professors and students alike.

In October 2018, a group of students from college’s zoology department accused  Professor S. K. Chaubey of sexual harassment. He was suspended as soon as the allegations came to surface, the New Indian Express reported.

Then, in 2017, 11 students of the college wrote a letter to the ministry of youth affairs and sports accusing Rajeev Mishra – programme officer at National Service Scheme – of sexual harassment. However, he denied the allegations.

In 2016, a research scholar allegedly raped his junior in the name of helping her with her thesis, the Times of India reported.

In the present case, the research scholar has written to the national commission for women because she hasn’t heard anything from the investigation committee.

On the other hand, the dean, she says, is still coming to office.