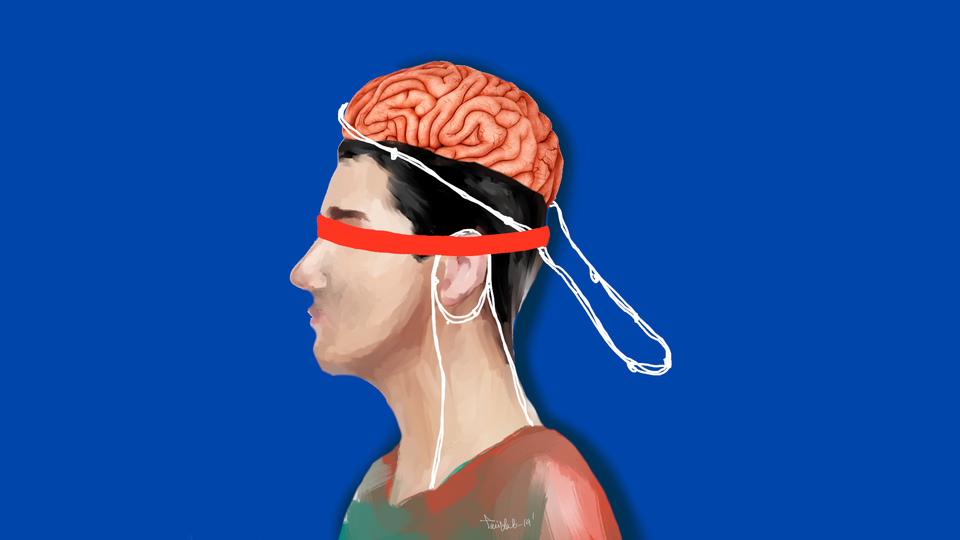 I learnt about being a ‘Scheduled Caste’ the day the CLAT results were declared.

I was thrilled, but also felt a bit undeserving.

My parents never spoke about caste in front of me. They kept our caste identity hidden to ensure that my rosy childhood was not marred by the pangs of inferior belonging – a feeling they painfully knew too well.

I should have seen the signs, particularly in my father’s pro-reservation stand. But childhood is, at times, simply an illusion.

In school, I would always stand on the ‘neutral’ side whenever savarna students and teachers discussed reservation. I also naively believed that the caste system must be made horizontal and that there was nothing wrong with the varna system.

My naivety was arguably linked to what my school taught and, more importantly, what it did not.

In our history textbooks, caste was only mentioned in passing. We did not, and still do not, study anti-caste struggles and movements. Instead, we enthusiastically discuss reservation.

During one such discussion, in a psychology class, I emphatically argued against caste-based discrimination only to be ridiculed for being emotional and plain wrong.

Then, I joined the National Academy of Legal Studies and Research (NALSAR), Hyderabad – which essentially meant plunging into a cesspool of caste.

Shockingly, the upper-caste students were used to throwing around their caste symbols. I was introduced to terms like ‘Tam Brahm’, ‘Soot’ and caste characteristics like the supposed stinginess of Baniyas.

I learnt that caste has personalities. I learnt about conspiracies to socially boycott the “uncool” reserved category.

You must look, talk and dress a certain way to earn upper caste capital that allows you to hang out in their niche circles.

I’m sure you’ve all heard the phrase “looking like a bhangi” at one point or another.

Our everyday discussions were tainted with caste biases.

One of my batchmates from the SC category, whose parents had an inter-caste marriage, loved to talk about her mother’s upper-caste credentials but dissociated herself from her father’s identity.

However, I don’t know if it is right to blame her, considering we, too, were part of the same upper-caste environment that taught us to diss ourselves in order to be deserving.

Just like school, my college batchmates, too, didn’t support reservation.

An academic environment that equated eloquence with intelligence had induced an inferiority complex amongst us, compelling us to remain mute on many occasions.

One day, our then sociology professor Kalpana Kannabiran screened the documentary India Untouched to sensitise the class. I was shaken by the film, but an upper-caste batchmate ridiculed my expressions, saying, “Megha looked shocked as if she herself was tortured.”

I failed to understand what was so funny about it, nor why he wasn’t moved by the documentary.

The batchmate’s reaction to the film is actually the root of upper-caste privilege: the ability to distance oneself from disturbing issues at convenience. Privilege, I believe, not only blinds a person but also enables him or her to trivialise the problem. It sees caste as a Dalit-Bahujan issue instead of evaluating its own role in perpetuating caste system. On social media, it is reflected in Brahmin v. Rajput jokes or in cool hashtags like ‘#baniyabaes’.

And that rare sympathy often translates into a saviour complex where they say, “Hey look we are inclusive. Why can’t you just be happy with this tokenism?”

This privilege seeps into our educational institutions too. I am not sure whether caste determined teacher favouritism back in school but in NALSAR I had the opportunity to develop my “upper caste capital”.

Nevertheless, I worked hard while I was there. Perhaps only to be taken a tad bit more seriously by upper caste batchmates. A few years ago, a very close Brahmin friend apologised to me for having made anti-reservation remarks in college. I count that as a small step for her but a huge leap for mankind.

There were other positive changes too.

When I left law school, the university had started establishing the SC/ST cell as per University Grants Commission guidelines. A Dalit Adivasi queer collective voice had started growing and a few years later was established in the form of “Savitribai Intersectional Study Circle”. The student community now provides support to freshers, something I wish I had had when I joined the law school.

However, I hear that the NALSAR administration is still lagging behind in the caste conversation. The SC/ST cell is defunct, there is only one Dalit teacher on campus and OBC reservations are still not being implemented. Moreover, complaints of caste-based discrimination by students fall on deaf ears of upper-caste proctorial committees.

My current university – Ambedkar University Delhi – according to me, is more inclusive.

The safai karamcharis, who were arbitrarily dismissed, stood united and fought for their rights with the Dalit student body staunchly backing them up.

As a result, the administration heard and reinstated them.

The administration, in a way, stood up to casteism and acknowledged its mistake of throwing out the karamcharis, who usually come from lower-caste backgrounds.

It has set an example for the entire country on how to address caste issues as an institution.

While not everything is perfect, for the student body at AUD still needs caste sensitisation and the SC/ST cell is yet to be established, but at least this is a good start.

I believe collaborative efforts between student community and the administration can evolve best practice models on inclusion and diversity.

I wish my legal alma mater listens and eradicates its ego that fears Dalit student voices. It needs to walk the talk; a talk that the professors taught us.

At a larger level, caste-based privileges continues to plague both the mentality of the humans as well as the institutions created by them. There is only one solution to this – the ‘annihilation of caste’ from the upper caste mind.

But do you have what it takes to be the Voltaire?