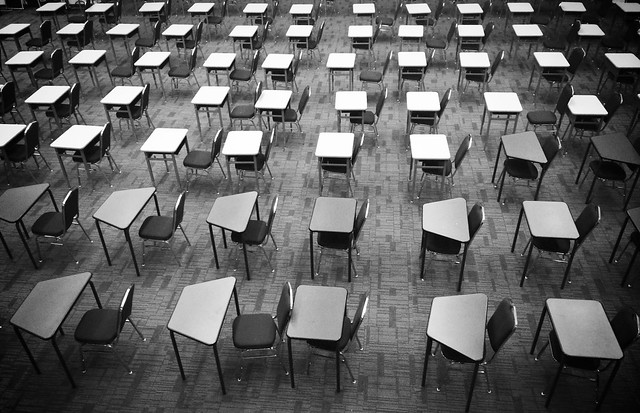 The Jawaharlal Nehru University Student Union (JNUSU) has alleged that several questions in various examinations are being copy-pasted from different books and websites. They have called it a “multi-layered scam” at the hands of the vice-chancellor (VC)

The research questions for the European Studies MPhil programme, according to him, were all copied from one particular website.

In the past week, similar instances of copy-pasting of questions in examinations held at JNU have come to light.

According to the Hindustan Times, questions in two linguistics courses and one economics course were copied from several websites.

In a yet another press conference, JNUSU had exposed how the UGC-NET exam to get admission in Centre for Economic Studies and Planning and MA Programme were all taken from different sources. They also added that that the exam paper for BA cluster-1 exam in Russian, Spanish, French and German were doing the rounds on WhatsApp.

Balaji says that the VC, since day one, has been using several means to trample the institution. The case of copying examination questions from sub-standard website, he says, is part of the same agenda.

“He [vice-chancellor] changed the examination system from offline to online to make paper leaks easy. He is taking questions from different websites in order to bring down the stature of our institution. From making the NTA [National Testing Agency], a private entity, conduct online exams to not taking any action against paper leaks despite several complaints, the vice-chancellor just wants any student to take admission in the university. He wants to destroy the institution,” Balaji said.

According to Balaji, there was never a case of paper leaks when the exams were held offline.

JNUSU has made several complaints to the administration in this regard but the VC has not responded as yet. “The reason why he is not replying is because of the fact that he is aware of his wrongdoings,” he added.

In the second press conference, JNUSU noted that the involvement of the National Testing Agency for the first time in 50 years has made the examination process expensive as compared to what it was before.

According to the Indian Express, the students had to face a lot of problems during the entrance examination process this year.

“Wide-scale errors in the answer key provided by the NTA have been reported by students. Rather than correcting these flaws, NTA through a public notice on June 6, sought challenges to the answer key with a processing fee of Rs 1,000,” students told the Indian Express.

The college reportedly provided only 48 hours to the candidates to challenge the answer key for which they had to pay Rs 1,000 for each question they challenged.

JNUSU also alleged that the Akhil Bhartiya Vidyarthi Parishad, a student body affiliated to the BJP, has also not said anything against the paper leaks and copy-pasting of questions.

“ABVP and JNU VC share the common vision for destroying JNU, and they are united in implementing it through various method, with JNU VC misusing administrative power and ABVP providing the political cover,” they alleged.

LiveWire has written an email to JNU’s VC to get his response on the allegations but he hasn’t responded as yet. The copy shall be updated as and when he does.

JNUSU demands that the VC step down from his post and “a judicial probe be constituted” to look into the case of massive paper leaks and copy-pasting of questions.

They have also asked to bring back the offline entrance exam system containing both subjective as well as objective questions.

If their demands aren’t met, JNUSU plans to write to the Ministry of Human Resource Department and the university chancellor seeking action against the VC.