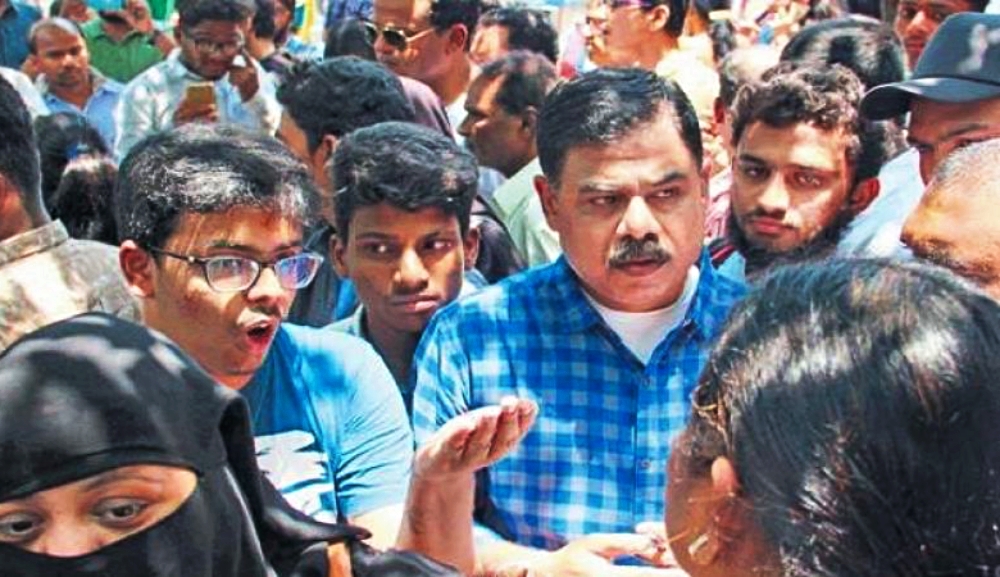 Ever since the declaration of intermediate exam results on April 18, 2019, as many as 21 students have reportedly committed suicide after the Telangana State Board of Intermediate Education (TSBIE) failed around 3.5 lakh students. The mass failures are allegedly a result of discrepancies in the evaluation process.

According to India Today, this is the highest number of student suicides recorded post-intermediate exam results in the state over the last four years.

The suicides compelled scores of students and parents across the state to take to the streets to protest against the “faulty” evaluation system which led to the failure of 3.28 lakh students out of the 9.74 lakh students who appeared in the intermediate examination in March this year.

The state education ministry, the TSBIE and the government had initially dismissed all allegations of the results being botched, but later gave in after students and parents approached the high court.

Taking suo moto cognisance of media reports on student suicides stemming from the erroneous declaration of results, the National Human Rights Commission on Friday served notice to the Telangana government over the “goof up” by the TSBIE, reported the Business Standard.

It also sought a report from the state chief secretary within four weeks, detailing those responsible for the blunder, the legal recourse to be taken to punish the guilty and what reparations, if any, to be given to the aggrieved families.

The government, stepping in after the issue received national attention and mushroomed into a major controversy, appointed a three-member committee – on April 22 – to probe into the reasons for the erroneous evaluation of 3.5 lakh students. In its report, the committee accepted the error in the result declaration process because of a “bubbling error in the OMR sheet,” as a result of which the correct marks were not given by the software.

Students and parents allege that the TSBIE hired a private firm, Globearena Technologies Pvt Ltd, to handle the examination evaluation process, which committed the blunders in the result declaration. This work was earlier being done by the Centre for Good Governance – a government agency.

A member of the government-appointed committee told the News Minute that there were multiple issues with Globearena’s overall approach and standard protocol regarding the conduct of the intermediate examination.

There were reportedly software glitches, because of which many students who actually received higher marks were given single-digit marks or straight zeroes. A few  students were simply marked ‘AF’ (absent and fail), despite appearing for the examination, while others who had performed well in previous examinations barely passed this time, reported News18.

Questions have previously been raised regarding the competence of Globearena Technologies, as it has been reported to bungle the screening of online fee payment and processing of marks data in the past. Nevertheless, it will continue working with the TSBIE for the re-verification of marks of lakhs of students who were failed, reported News18.

Telangana chief minister K. Chandrashekar Rao intervened and ordered the re-evaluation of the papers to be done free of cost to the students, which is expected to cost the state exchequer around Rs 14-16 crore.

He also appealed to the students who have been graded poorly or failed in the intermediate exams not to resort to any extreme measures as the issue was being rectified.

Telangana education secretary Janardhan Reddy said that action will be taken against the erring officials and the private company involved in the botching of results.

Unsatisfied with state government’s response, opposition parties on April 25 submitted a report to governor ESL Narasimhan on the matter. One Congress leader termed the suicides of intermediate students as “government-sponsored murders,” and demanded that the government should grant an ex-gratia of Rs 25 lakh to the families of the deceased, reported News18. They have also demanded the resignation of the education secretary.

Meanwhile, the last date for applying for advanced supplementary examinations has been extended to April 29.