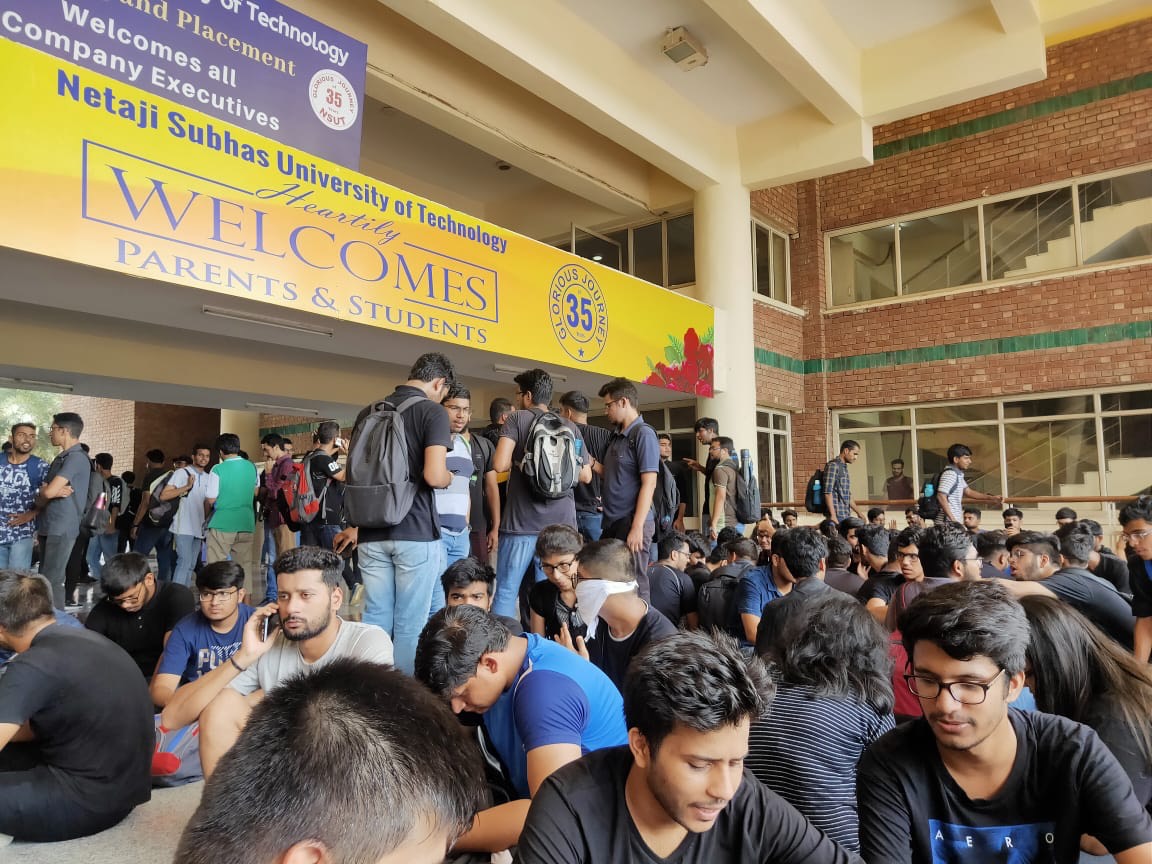 On September 13, an ugly turn of events at the Netaji Subhas University Of Technology, Dwarka proved that the value of a child’s life is much less than a faculty member’s reputation – and a meagre sum of money.

The course of events unfolded as the college’s lab assistant R. K. Gupta allegedly ran over a nine-month old infant in a haste to mark his biometric attendance. The infant was sleeping in the common ground area of the university.

The college’s security guard Roshan Sharma – an eyewitness to the mishap – said, “I was on duty around 9:30 am and saw the car run over the infant. The car was driven by R.K. Gupta. He didn’t stop to look back and went ahead leaving the infant in an injured condition.” The child was taken to the college’s medical centre in critical condition and was declared dead soon after.

On September 14, the security office allegedly asked Sharma to step down in order to cover up the incident.

The infant’s mother, who works as a labourer in the university, was kept in dark about the accident.

Later on, she was offered Rs 50,000 to close the matter and to not report the incident to the police. However, a complaint was registered on September 15 after which the mother came out and narrated the gory accident in front of cameras.

She told a non-governmental organisation that the university administration threatened her to remain silent about the incident. Currently, she is with a local NGO fearing any kind of backlash.

The incident enraged the student community who, the very next day, came out in huge numbers to the administration block to put up a peaceful protest.

However, the administration ended up harassing the agitating students along with the security guards.

“The administration tried various means to thwart the protest. Hostel residents were threatened by wardens with legal action on WhatsApp groups. The dean, Sujata Sengar, has now formulated administrative committees to deliberately identify random dissenting students and take action against them to send out a message,” said a senior student on condition on anonymity.

Some students also received phone calls from goons to stop posting anything online about the incident.

LiveWire contacted the dean of student welfare to get her version but no response has been received till now.

Meanwhile, the media is flooded with many unsubstantiated reports on the accident.

At present, the administration hasn’t taken any action against the accused nor has issued an official statement on the matter.

Yashi Singh Bhadauriya is pursuing under graduate in English from Ambedkar University Delhi and is an ex-editorial intern with The Wire.