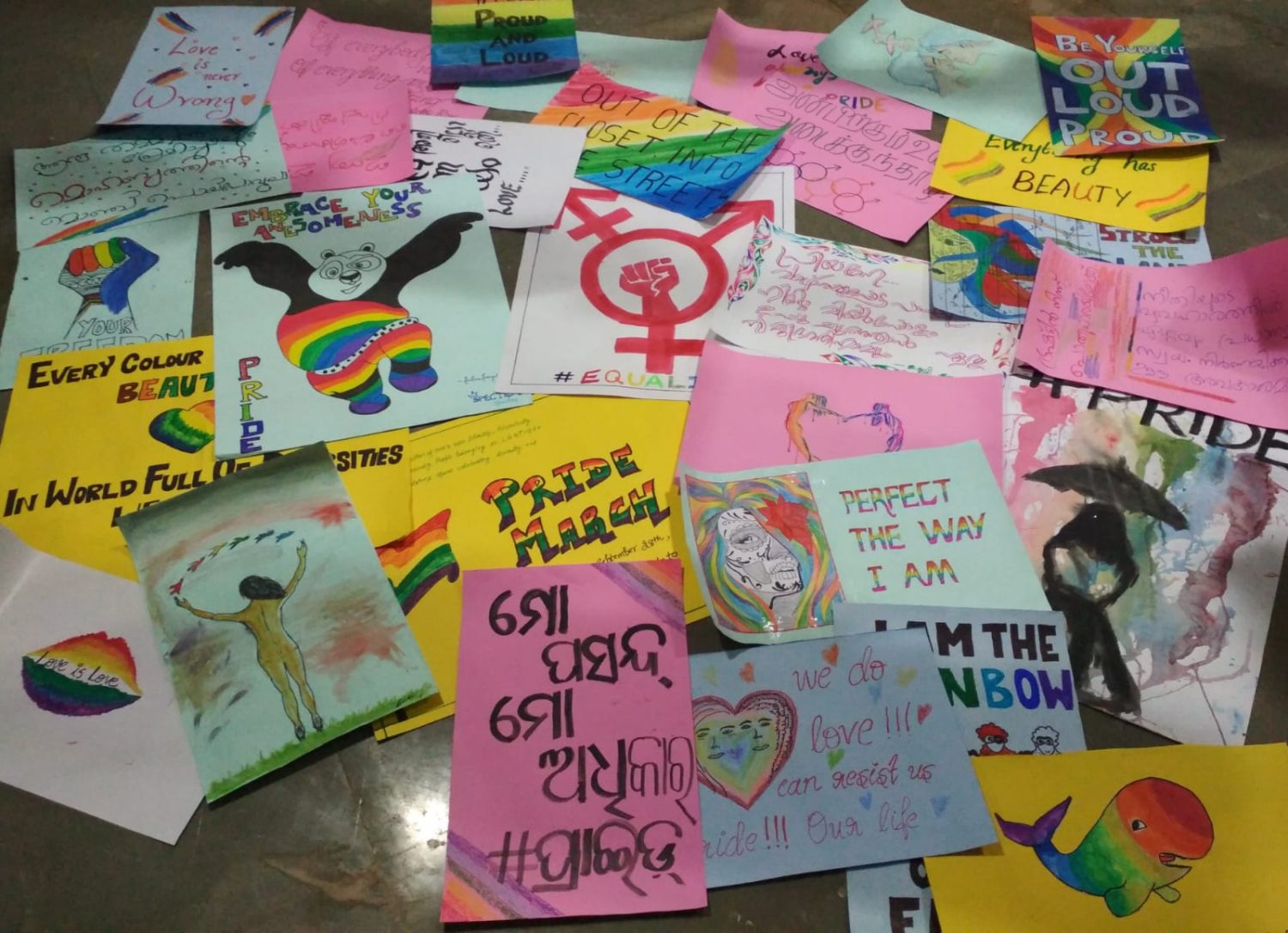 ‘Pride’ is an ordinary, commonly-used word for most people, often attached to words like “national” and “personal”.  However, for marginalised communities, ‘pride’ tends to mean something much more intense – a word that helps them embrace identities that they have been forced to feel ashamed of, and hide, their entire lives. It is a word that tells them that they do not have to make compromises anymore – that being themselves is okay. Pride is the most powerful when understood as the opposite of shame.

Beginning with the 1969 Stonewall Riots in New York,  the modern movement for Lesbian, Gay, Bisexual, Transgender and Queer Rights (also referred to as the LGBTQ or the LGBTIQA+ movement) has been through many stages of discursive evolution, and is arguably one of the most inclusive social justice movements, as it contains immense potential for intersectionality.

The term ‘queer’ has expanded to include not only individuals with non-normative (or, as they are often humiliatingly called, ‘abnormal’, ‘unnatural) genders and sexual orientations, but also women, people of colour, Dalits, religious minorities, people with disabilities, sex workers and those who belong to more than one of these categories. Anyone, who does not conform to society’s rigid restrictions of how to dress, whom to love, how to think, is ‘queer’. Of course, there are also those who do not choose to adopt this umbrella label, and instead refer to themselves by other name – and they are just as much a part of ‘pride’.

For Pondicherry University in Kalapet, Puducherry, ‘pride’, this semester, has been an exciting word. It represents the promise of an evening – the first of its kind for this 30-year-old institution – where we will all march together as equals, wearing our identities as badges of honour and celebrating diversity.

We will walk through the campus, reminding ourselves and others that the significance of a university lies primarily in nurturing young minds and helping them to question and think beyond petty differences. We will sing, dance, rage and love – with the hope that our passion and resolve will contribute to a more welcoming campus for all. The number of volunteers for the Pride March is increasing every day and

student political parties have wholeheartedly extended their support. On September 28, Friday, at 6 pm, we will march to assert our existence to those who treat us with ignorance (‘What is pride march? I want to help, but I don’t want to become gay!’), dismissiveness (‘This is a frivolous issue!’) or outright hate.

We will share our experiences, and answer questions – we will open up the pride in our hearts to those around us.

However, the significance of the word will not end there, with a single evening. Spectra, which is a student support group, has been conceived to increase awareness about the queer community. It is an unregistered, loosely organised, completely student-funded group, which has no defined hierarchies or membership requirements. Through organising this Pride March, Spectra aims to address the everyday hardships of being queer in this country. Bullying, ridicule, threats and incidents of violence and harassment, erasure and invisibility are just some of these adversities. The connotation of ‘pride’ is to empower each other and build bridges across the vast expanses that separate us and Spectra looks forward to the student body and teachers joining the march as a first step in that direction – and also online support from those who share our goals.