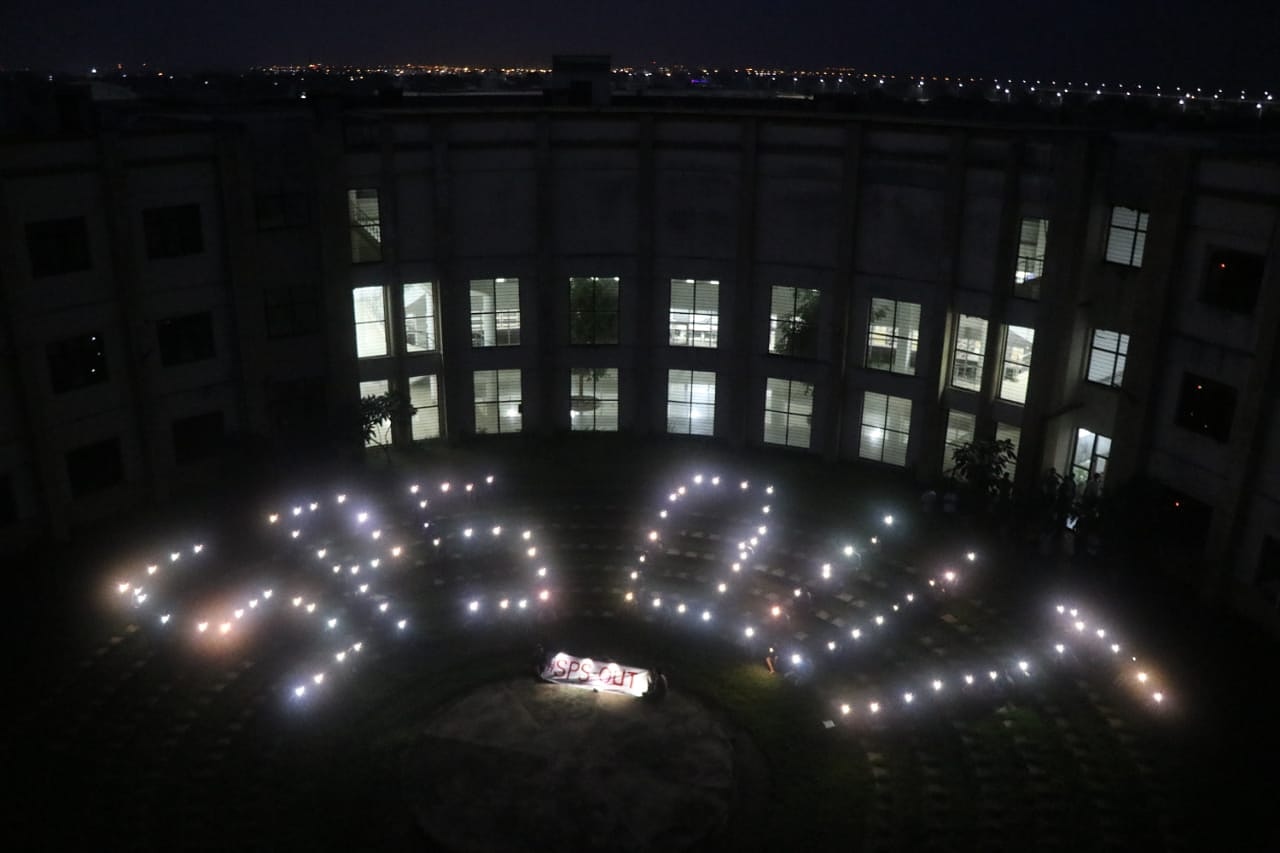 Starting today, October 1, we, the students of Hidayatullah National Law University, will go on hunger strike to demand the resignation of our vice chancellor, Dr Sukhpal Singh.

We’re writing this open letter to explain our reasons.

Our problems range from the denial of basic facilities – like research opportunities, funding for moot courts – to concern over financial discrepancies and the mishandling of sexual harassment complaints.

Let’s start with research. You would assume that a law university should pay rigorous attention to academic research. However, HNLU produces zero output in terms of research. The website boasts six centres of excellence, yet not a single one is currently functional. In fact, they have not even been opened once. We would like to know why.

Recently, after the appointment of an interim vice chancellor, the university made the minutes of planning meetings public – and we discovered that grants have only been disbursed for two of these centres.  And so professors and ad-hoc teachers (which is most faculty) thus have neither the infrastructure nor the time to engage with students for any academic research.

As anyone would, we too expected our university to follow the rule of law. Unfortunately, HNLU would disappoint you on this count as well. There are no clear, published, fixed rules for the university’s academic or financial affairs.

If a student wants to know the official policy on any topic, she has to first contact the concerned department – which may then alter any rules on a whim without notifying students. If a student has a problem with a particular policy, she has to meet the registrar or vice chancellor, who may then lash out against the student for daring to be critical of the administration. Even fixed rules are implemented selectively. For example, in 2012, of the many rules passed, consider these two:

The second rule – which would have benefitted students – was never, in fact, implemented. We are still denied access to our own answer-sheets on the grounds that it is ‘impractical’ . However the first rule is rigorously followed by the administration.

Moreover, the constitution of the student bar association is not ratified. This has three consequences. First, the vice chancellor has the power to forego conducting elections (and has done so for many years). Second, even after elections, he has the power to dissolve the body whenever he deems fit. The previous SBA was dissolved mid-tenure because the SBA president demanded water coolers in the boys’ hostel. Third, the SBA does not have any influence on any subject whatsoever. Simple things like procuring stationary items require the VC’s signature.

There is also an extremely upsetting case of sexual harassment allegations against a professor. The university ignored a petition signed by 51 students asking for formal action to be taken against the accused, however, he continues to teach and hold power over the very students who accused him.

Before August 27, 2018, we students had resigned ourselves to this state of affairs, and blamed our VC, Dr Sukhpal Singh for it – we even suspect him of corruption and maladministration. However, when the Chhattisgarh high court called for his immediate removal, declaring the extension of his term invalid on August 27, the campus came alive with hope.

Galvanised by this step, we students started to protest the arbitrary rules that stifled our freedoms. We started by protesting the hostel curfew timing as well as the library’s early closing time. This soon turned into a full-fledged movement as we put forward a comprehensive list of demands for the new interim VC, R.S. Sharma, who served as the state law department’s principal secretary.

Sharma took effective steps within days of being appointed. He re-instated funding for moot courts –which had been discontinued by Singh on the grounds that the government wasn’t funding them. Sharma also extended curfew hours and helped in reconstituting the Internal Complaints Committee (for the redressal of sexual harassment complaints). He even encouraged transparency on administrative matters and made public the minutes of meetings from every department. Subsequently, we feel these documents reveal financial discrepancies that must be looked into.

However, our joy was short lived. Singh got a stay order from the Supreme Court and quickly resumed office. Now, our previously accepted demands are being stalled. For instance, curfew and library timings’ extensions are currently stuck because the administration suddenly says they don’t have the staff for it.

In all this, we students have also demanded strict action against a faculty member accused of sexual harassment. We suspect the university did not follow due process while investigating the complaint and the professor continues to hold positions of power over his accusers.

For the aforementioned reasons, we, the student body of the Hidayatullah National Law University, therefore, submit that we have no confidence in Dr Sukhpal Singh’s ability to be our vice chancellor and demand his resignation with immediate effect.