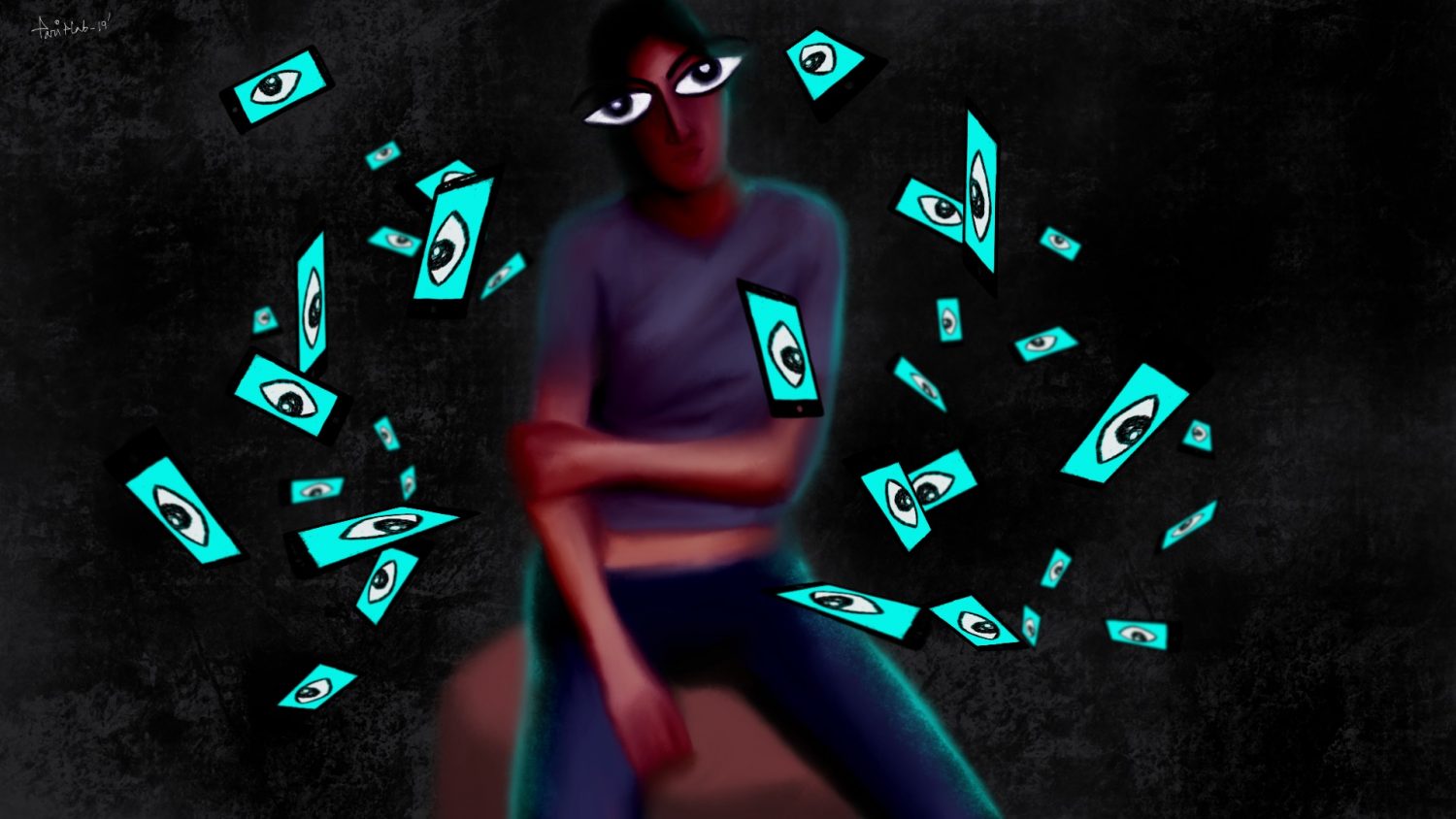 For reasons I remain unaware of, in the ninth grade, discussions about bodies suddenly becoming ubiquitous in my friend group. I’d never been sporty and (as I was thin-framed and fair-skinned) my body had never really been an object of ridicule, or even discussion.

Up until I was 14, my body simply wasn’t something that existed in my mental landscape. I didn’t have any particular sense of pride and joy in it – I just almost never thought of it. This was indubitably a form of privilege, but it was soon to change.

People around me seemed to think ‘body awareness’ was integral to womanhood, a rite of passage.

When puberty hit, even relatives felt the sudden need to bring up my body randomly and frequently. These comments – “You’re lucky you don’t have to worry about your thighs in that dress” – were mostly well-intentioned and positive, yet they demanded a response from me in a way that felt curiously uncomfortable.

A lot of my conversations with my very social-justice inclined friends revolved around them listing, comparing and obsessively assessing the insecurities they had regarding their bodies. When I didn’t chime in with my own, they weren’t catty or judgmental.

But they did interpret my silence on my stretch marks and awkwardly-placed body hair as a sign of radiant self-esteem (or a kind of dramatic political statement about beauty standards). My so-called ‘stance’ was praised, but the underlying assumption was that I’d invested a certain amount of consciousness into considering my body, again and again.

The truth­ – at 14, my body was just kind of there, it wasn’t something I evaluated that meticulously. My lack of awareness of my body wasn’t insulted or penalised, but it wasn’t believed or understood.

‘Body awareness’ means that bodies are constantly noticed. And body image isn’t the only lens through which people (but especially women) are forced to be intensely aware of our bodies. We feel it when our occupation of public space, the amount of skin we show, the body parts we choose to expose, what we do about our body hair, and how we position our limbs, are all interpreted as highly deliberate. And as the definers of our personhood.

This notice need not be negative.

Some of the judgement, especially in liberal circles, is affirmingly positive– our ‘breaking of restrictive conventions’, through acts such as displaying body hair, may even be celebrated. But this means that bodies are often forcibly pushed to the forefront of our minds. Whether we like it or not.

Undeniably, online body positivity movements have been instrumental in expanding the definition of beauty– and in helping people feel attractive, confident, and empowered. Activism that centers around showcasing normal body parts and shapes in order to normalize them can be exceptionally powerful. So, what’s the issue?

The unceasing emphasis on physical appearance doesn’t go away.

Body-positive language’s focus on finding beauty in every aspect of your appearance (“every inch of you is perfect…”) may be amazingly empowering for some young people, but fails to help others divorce their selfhood from features of their physical body. Young people are told that their self-esteem is doomed if they can’t love their bodies, and that the route to self-acceptance must involve body-love (which springs from ‘body awareness’).

Everyone’s journey to self-acceptance is different, and reaching it through body love is a very valid route, but it might not work for everyone.

Bodies are vehicles of experiences, traumas, narratives, and pleasures. More than anything, relationships with one’s body are passionately personal, and unceasingly individual. I strongly believe that you don’t need to love every bit of your physical appearance to be comfortable with yourself, or even to have a very healthy relationship with your body. There are other routes to self-actualization, and online body-positivity movements, especially given Instagram’s focus on the visual, can make us forget these exist.

For a multitude of reasons ranging from health issues to societal discrimination, ignoring our bodies isn’t always possible, and when it is, it’s a mark of privilege. But if we find ourselves able to dismiss our bodies, and empowered by doing so, we shouldn’t let the prevailing rhetoric of body positivity make us feel like our self-acceptance is fundamentally incomplete.