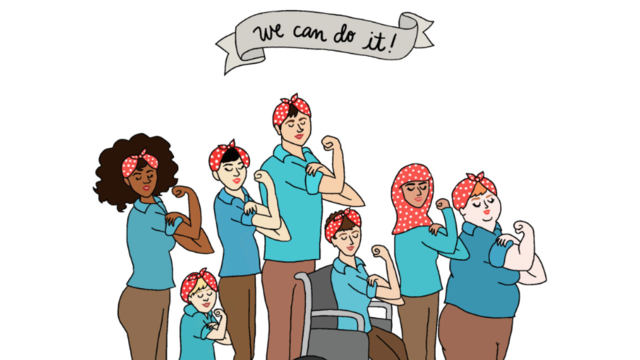 A male student at a university. Blind. Age 35.

He finds himself a victim of three kinds of intersectional discrimination. The factors of ageism and disability along with societal gender expectations (the notion that men should be overtly masculine, and hence not dependent on others) – more often than not – tend to work together against this individual. The reasons for intersectional instances are varied in different places and they reflect the bias and demarcation witnessed in society on many levels. Acknowledging the uses and limitations of intersectionality aids to ensure that we don’t disregard the challenges faced by those who belong to multiple marginalised groups, as we strive to accomplish a more just society.

While asserting that people are often disadvantaged by varied sources of oppression, intersectionality also concedes that identity markers do not exist independently, but that they inform each other to create a complex convergence of oppression. For example, a woman of colour may face sexism in the workplace, which is augmented by pervasive racism. Similarly, a Dalit woman of colour or a trans woman of colour may face unusually high levels of prejudice and even threats of violence. If we look through the lens of intersectionality, it is not hard to see why. Such women latently face caste and class prejudice, anti- trans discrimination, misogyny, racism, sexism and even homophobia. Here again, many reasons or many identities are together faced with antipathy.

Intersectionality, thus, is a sociological and anthropological theory that points to the multiple levels of a person’s identities which overlap with many minority classes. It is, ideally, a theory that is inclusive of or one that considers various aspects of humanity such as race, caste, class, age, gender, ethnicity, sexual orientation, disability, health, etc. as a significant factor to understand the essence of the human condition. “Intersectionality refers to the overlapping of multiple social identities, types of discrimination and social structures that reinforce exclusion, which then creates unique experiences of oppression,” explains Kirthi Jayakumar, director of the Red Elephant Foundation.

While intersectionality is conventionally applied only to women, an individual of any identity may be affected by this phenomenon of coinciding and co-occurring minority status. Jayakumar says that “The greatest challenge to intersectionality in present times is the lack of understanding. One-size-fits-all approaches and broad sweeps that categorise identities only according to one attribute are dangerous because oppression is not singular or uni-dimensional.”

This framework can, in many ways, be used to understand systemic injustice and social discrimination. Proponents of the theory claim that occurrences of racism, sexism, classism, ableism, homophobia, transphobia, xenophobia and religious or other belief-based bigotry, and persecution, do not act independently of each other. Instead, these forms of oppression repeatedly interrelate – creating a system of oppression that reflects the intersection of multiple forms of discrimination.

In today’s day and age, we are all aware of the fact that feminism is not just about ‘women’ but about acknowledging how discourses of gender present human beings as wholly ‘men’ or ‘women’. This is to say that, feminism demands us to admit that while ‘women’ is not a stable and homogeneous category, neither is caste, race and class. It has been heavily argued that the spread and dominance of the intersectionality framework has blurred the varied feminist perspectives and feminists agree. As Jennifer Nash puts it, identity is formed by the “interlocking and mutually reinforcing vectors of race, gender, class, and sexuality”; that ‘woman’ in itself is a contested terrain and that her experience is always “constituted by subjects with vastly different interests”.

Urbanism through the lens of intersectionality

Since ages, women have been central to urban planning and development by being both significant users of urban spaces in their traditional role as home managers, also as key producers of community environments in their role as community leaders and as both initiators and members of neighbourhood networks. Keeping in mind the intersectional nature of urban space co-habitation, the current development of urban infrastructure needs to be refurbished to promote more palpable gender equality in its use and benefits. It has been noted that a major trend in urban planning and development reflects the male perspective which regards women as primarily just caregivers. A more gendered inclusion is essential for a sustainable environment and this requires a radical shift in the way we think and act after we review families, communities, towns and cities from a gendered perspective.

Evident trends these days are decreasing family sizes, increasing single person households and older people increasingly being removed from family and kinship care. Social networks like extended families, religious congregations and charitable organisations, that once weaved together bonds of society, are largely losing ground today. There is thus a growing need to create new ways for social and community cohesion and togetherness. In urban neighbourhoods, the local spatial dimension holds significant potential for developing novel forms of social unity and networks.

The call of the day is the integration and participation of a diverse range of urbanites in the planning processes and a space that takes into account characteristics such as gender, ethnicity, age, religion and disability, among others, into consideration.

Thus, sans a gendered perspective, urban planning will continue to reflect, rather than challenge, stereotypes within communities.

Our collective goal, therefore, is to create inclusive platforms where knowledge and ideas strive to achieve an urban life that is free from any kind of discrimination.

Jerin Jacob is chief editor at One Future Collective. The piece was originally published here.