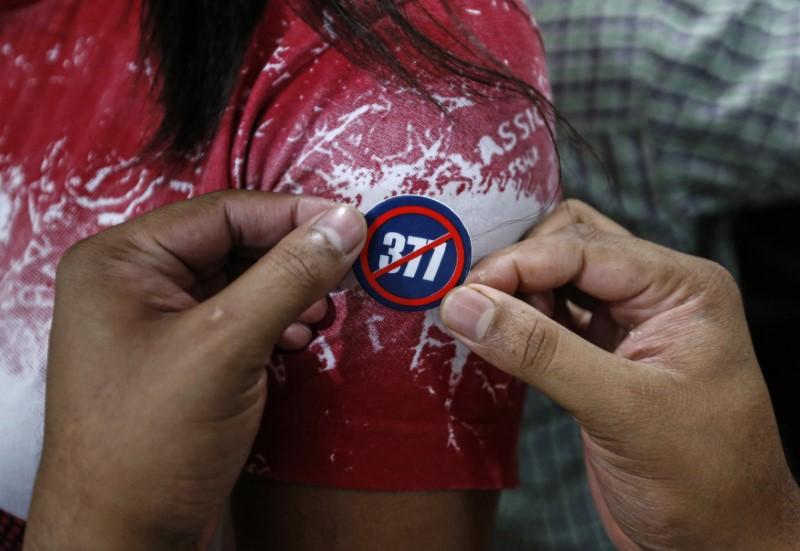 First in 2009, then in 2013 and now in 2018, progressive rhetoric about Section 377 of the Indian Penal Code has claimed that homophobia is a Western import and that India itself was historically tolerant of the queer community. It implies that today’s rampant homophobia – the same one that made our home ministry state that deleting 377 would “open the floodgates of delinquent behaviour” and provide an “unfettered license for homosexuality” – is a relic of colonial bias. India is seen as innately more tolerant.

These are not fringe arguments. In 2012, the attorney general and the solicitor general at the time said that 377 was “imposed… by colonisers due to their moral values” and that it was “not a reflection of existing Indian values and traditions”. They added that it was antithetical to India’s “more liberal atmosphere”.

But was India really as tolerant as we like to believe?

It is true that Hindu texts and carvings at Khajuraho and Konark depict pleasure that clearly did not limit itself to heterosexual relations. There are other examples too – queer figures in Mughal courts, rekhti poetry which is essentially lesbian erotica and the ghazal tradition that speaks of same sex desire in the most eloquent ways.

It is also true that the first recorded case of a person being executed for homosexuality happened with the onset of empire, in 1588 in Goa. The Portuguese burnt a 15-year-old boy for sodomy, clearing the path for the criminalisation and marginalisation of sexual minorities.

But saying that pre-colonial India, hard to generalise in all its diversity, had a tolerant culture is a gross oversimplification of things. For instance, the Manusmriti prescribes a punitive ritual bath for men who have sex with men. The Fatwa-e-Alamgiri too talks about other penalising measures for same sex activities. By praising this impression of “authentic” Indian culture, we engage in a selective erasure of history.

Why should our arguments for LGBTQIA rights be couched in historicity? In contemporary, post-colonial India, Section 377 is used as a tool of police abuse. It is used for arbitrary detention, interrogation, extortion, harassment and rape. The law makes it harder for people at risk of HIV/AIDS to access healthcare. It even makes it harder for healthcare professionals to help at-risk groups.

Trans women are being tortured in police stations and apps such as Grindr are being used extort money from gay men. Advocating for reform through a cultural and historic lens as opposed to a secular human rights lens creates an argument that cannot be replicated in other cultures. We need a universal, ahistoric framing of the issue.

One could argue that because India stands at the intersection of so many cultures and histories it is not possible to conceive of an argument without alluding to this history; that we need to show the Gita, the Quran, the Bible and other texts on Indian religions and culture in the courts to make an argument. Others may argue that referencing history and culture helps galvanise support for LGBTQIA rights. But I’m still left wondering if the means justify the end.

It’s not just about getting rid of Section 377, or even about loving and lusting consensually in private. It’s also about marrying whomever you want, being able to adopt children and living a life of dignity with all the benefits of full citizenship, and those we get from constitutional morality, not history.

Prathyush Parasuraman is a recent graduate in economics and South Asian studies from the University of California, Berkeley. He is currently working as a research assistant with a J-PAL Project in Ahmedabad.