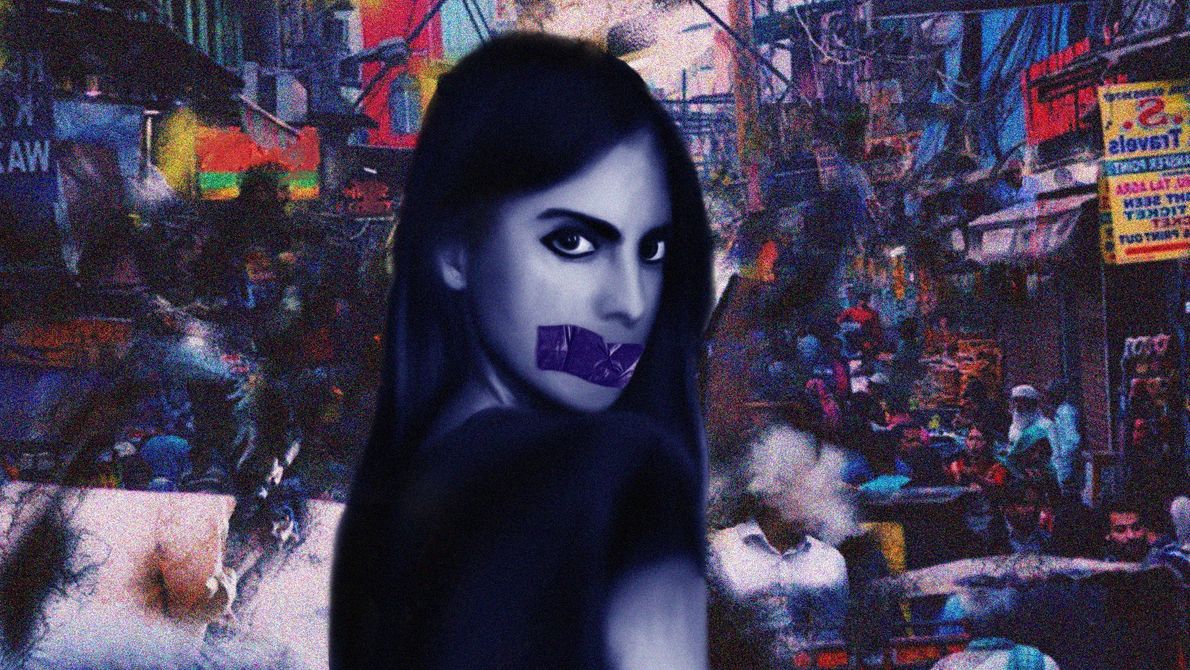 “The moon is rising, it looks beautiful,” my flatmate remarked one night while passing me a cigarette on the balcony. I was leaning on the railing, trying different positions to not irate the nostrils of our ‘parivar waale’ neighbours who might object to women smoking in their own apartments.

I was in no mood to look at the rising moon. My gaze was squarely fixed to the ground below where a few men were playing cards and smoking beedis on the footpath. With several bikes parked nearby, they were clearly not homeless.

It was close to midnight but the men showed no sign of heading to their respective homes.

If ‘home’ is a feeling, they didn’t need to go anywhere. They were completely at home on that footpath, which they had claimed unapologetically.

A pang of jealousy ran through my body as I stood looking at these strangers, who were feeling something – without quite recognising it – that eludes me entirely.

Before moving to Mumbai this year, I lived in Bhuj, a small city in western Gujarat, for a little over four years – long enough to call it home. To put things in perspective, it was more home than Delhi, the place I grew up, could ever be.

When I moved to Bhuj in 2014, it was a breath of fresh air after Delhi, both figuratively and metaphorically. I could walk freely on the streets without being leched at. I could commute without the fear of being groped. I could think of taking a walk post 10 pm without the company of a man.

Bhuj gave me many things that I didn’t realise were missing in my life, until I could touch, feel and breath them.

However, when I finally left the city last year, I was still deeply unsatisfied. I wanted to be more demanding in this relationship, where I was conforming to whatever the city had to offer, never fully putting my own desires on the table. Bhuj was like a husband who is educated, earns well and is not physically or emotionally abusive, but still functions within the age-old gendered paradigm with no intentions of disturbing the status quo. He lays out rules to which I happily conform, justifying it with ‘it could have been worse’.

Delhi, the city I grew up in, is also notoriously called the ‘rape capital’. Most women dedicatedly follow the ‘how to not get raped’ chart that tells us what to wear, where to go, how to go, what to eat, where to eat, where to drink, where not to drink and so on.

Sadly, the discourse about who commits rape and why they do it is largely absent. The victim and the place of crime get all the attention and the blame, while the perpetrators continue to grow in numbers and in our imagination.

The way we respond to rape and other crimes against women is deeply problematic. It renders the victim helpless and the city demonic, destroying the relationship between the two. With every passing day, more and more women hold the city responsible for their ordeals, limiting their engagement with the city, both physically and emotionally.

Last month, when I was visiting my parents in Delhi, I found myself alone in the apartment with my dog, Pluto. I was uselessly skimming through the internet when the doorbell rang. The man on the other side of the door asked for the garbage. His name was Prashant and he had taken the job of collecting garbage from the building only three days ago.

I failingly tried to get Pluto’s attention while he kept snoring. Prashant was thin, gaunt and and looked 20 something. I started imagining a sequence where he tried to molest me only to be pinned down by me with the help of Pluto.

‘Jaldi kijiye, humein jana hai’, Prashant called out while I stood there smirking over my imaginary victory against a potential rapist. I handed over the garbage bags through the half-opened door.

As he turned to leave, I noticed the sweat running down his neck. It was 44 degrees outside and here I was dehumanising a man who was simply trying to do his job.

He drank the glass of water I offered him without letting his lips touch the rim.

After he left, I thought to myself, “I would have never behaved this way in Bhuj. Delhi gets the worst out of me.”

I felt a little relieved because the fault wasn’t entirely mine even though I displayed a sense of privilege and entitlement. This is a behaviour I have internalised while navigating Delhi: travel only by metro or car, meet only at restaurants and cafes, avoid public buses like a plague, don’t make eye contact with strangers, don’t go out for walks after 9 pm…the list is long and exhaustive.

While I exercise these precautions, I also know the futility of it all, being a victim of child sexual abuse – abuse that happened within the safe havens of what is called ‘home’.

I feel more relaxed in Bhuj than Delhi, but my relationship with both the cities is not ideal. I am too complacent to one, too hostile to the other. I am simply reacting to what the other is offering in this one-way relationship. There is no ‘together’, there is no ‘we’, only the city and I, trying to avoid each other as much as possible.

Later that night, I took Pluto out for a walk at 11 pm. This task is usually assigned to my brother. My parents protested, but I assured them that I wouldn’t venture too far off.

As Pluto chased cars with his neighbourhood friends, I sat on the footpath and looked up at the sky to find some stars. There were none, of course. Devoid of stars, the grey night sky looked like a stale version of the night skies of my childhood.

It is difficult to imagine Delhi with stars, fireflies and a little version of me running wild on the streets in nothing but green knickers.

Also read: My First All-Women Iftar Party at a Slum in Bhopal

In that memory of green knickers, I felt safe and invincible.

In this pursuit of being ‘safe’, why had I stopped being ‘invincible’ in my very own city?

As I sat there pondering over my broken relationships, cars kept driving past me. Some would slow down and the driver would direct his gaze towards me. I felt uneasy and alarmed as multiple scenarios played in my head. Just a gaze from a few strangers was enough to put me into a frenzy.

I turned on my heels to go back as another stranger stared at me from a car. This time, I decided to stare back at him until he turned his gaze away. I was successful.

Armed with this victory, I sat down again.

Through that stare, I had claimed my right to this city, if only briefly.

Bhawna Jaimini is an architect and researcher based in Mumbai, India.