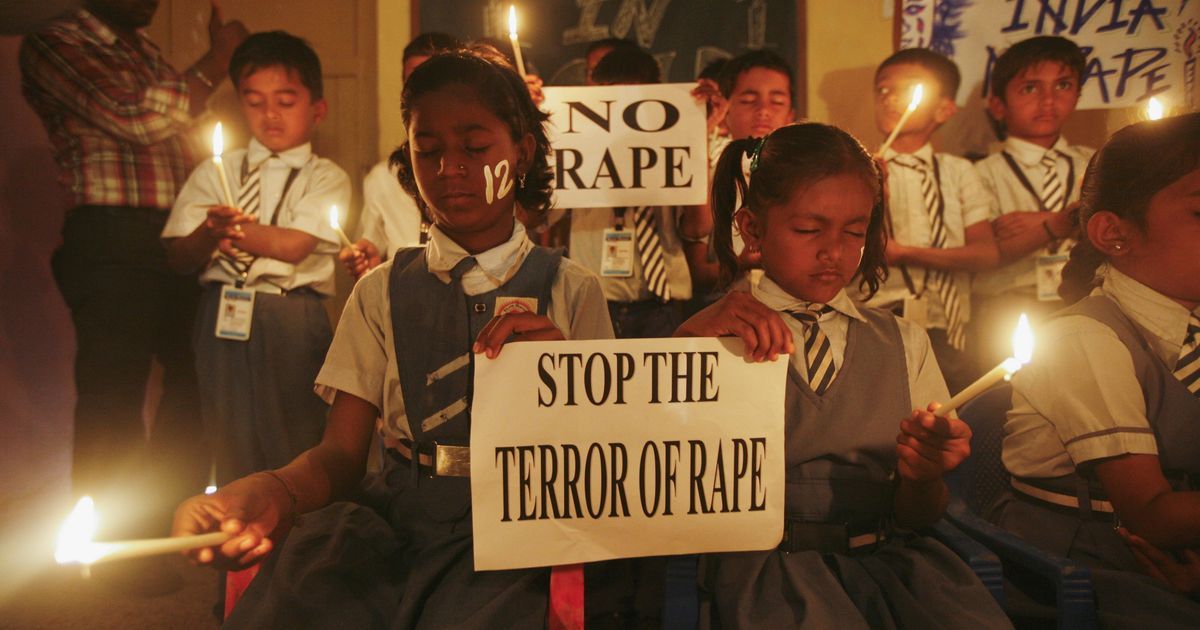 Ambalika remembers the exact dates on which she was brutally assaulted by the boy she liked – August 13, 14 and 15. Dressed in a pale grey pullover, she shrugs and sinks into a cracked brown chair, folding her slight frame into the seat. She shifts her body ever so slightly – turning to face the dull cream wall in front of her and slumps deeper.

“The first night was interesting,” she says, twisting the black wire of her earphones around her finger. “I was just sitting and suddenly, he just pulls off all my clothes.” Her speech gains momentum as she continues, “I didn’t even realise what had transpired in those three days. I knew it was wrong, but I didn’t realise what it was till a friend asked me, ‘You know what he did to you right?’ I cried for three straight hours.”

Kareem (name changed) shared a similar experience, “I was 15 or 16 when I realised what it really was. I don’t remember much of it today, I was just six. I didn’t even know what was happening, I couldn’t even tell him to stop. It was kind of thrusting, I just didn’t know it then.”

“Acceptance is the most difficult part of understanding your abuse,” says 21-year-old Anamika (name changed) who, at age 12, was thrown onto the ground and assaulted by a boy four years older than her. “I lied to myself. I chose to live in denial. For years, I only thought of the clear blue sky, under which he was doing it to me. I didn’t want to know it. I was 16 when I finally let it sink in.” Anamika was 20 when she first told someone else about it.

The deluge of questions, unwarranted suspicion and raised eyebrows from family and friends are only a few of the concerns that might deter a victim from coming forward. Cutting loose the emotional baggage that these victims have hauled around for years, isn’t half as easy as people expect it to be.

“A victim of sexual abuse is likely to let this traumatic experience colour the way they perceive the world. Shame, guilt, confusion, feelings of worthlessness and the tendency to inflict damage to one’s self is natural. And it all adds up to just one thing – self-blame,” says Kavita Mungi, a Pune-based mental health counsellor. She adds that fear of being blamed propels most survivors to seek refuge in denial. “They think it’ll be easier to move on.”

Anamika laughs at the thought of moving on ever being easy. “There is no moving on. There are years of not moving on, with only a flicker of hope; that someday the nightmares might stop. And till then, there is only the struggle to move on. Best case scenario? A lobotomy.”

Tanya, a 22-year-old student activist, found herself slowly liberated from the burden of blaming herself after joining Pinjratod, a feminist college group. Abused by her uncle at the age of 12, she spent years in shock and shame. “Too young and unaware to understand the culture of victim-blaming, I blamed it all on myself. I blamed myself for coming back home alone. I blamed myself for leaving my cousins outside. He finished his business, got up and started putting on his clothes… I was devastated. I didn’t know exactly what happened, but I felt dirty, I felt impure,” she says, sitting upright in her chair.

She adds, “But my experience of abuse has made me much more sensitive and thoughtful to my own and other’s issues, problems and experiences with harassment. I have consciously disengaged from the idea and culture of harassment being normal.”

This slow progress towards healing faces another obstacle – the fear of encountering apathy. Left helpless at the scene of the crime, Annie (name changed) walked out of a café in Delhi, with her morale more bruised than her body. Nobody came forward to help. When asked if she could ever bring herself to open up about her ordeal, she utters a flat, “No.” And continues, “Simply because people just give you fake sympathy and put you down behind your back most of the time.”

And yet, these individuals have found their own ways of navigating their lives. “I’ve realised that the only person who can help you, is yourself,” says Ambalika. “Some days are good, and some you make good.”

Aisha (name changed), a 22-year-old final year law student believes that catharsis is an essential element of the healing process. She didn’t think she could move on from being abused by her own brother, “… Move on? I think that’s what everyone asked me to do until one of my friends asked me to hurt. He asked me to forgive. He asked me to talk about it… Talking about it, hurting and forgiving actually lowered down the intensity of the damage. There are certain things in life which you can never tend to forget and yes, things like these, which make you feel like a complete nobody, can get you down. It’s when you can forgive that person, that you can feel a little better about the situation,” she says, firmly.

Everybody has their own way of coping, states Mungi, when asked how one copes with the aftermath of such violence. So while Kareem believes that consciously pushing the episode out of his mind and never mulling over it ensures that he can move on to a healthier life, his partner Anamika believes that the abuse will always remain a part of her. But what all of these individuals have in common, is a fierce refusal to drown in the dark, and the drive to look out for the light at the end of the tunnel.

Abanti Chattopadhyay is 22-year-old pursuing a PG Diploma in Journalism from the Xavier Institute of Communications, Mumbai.