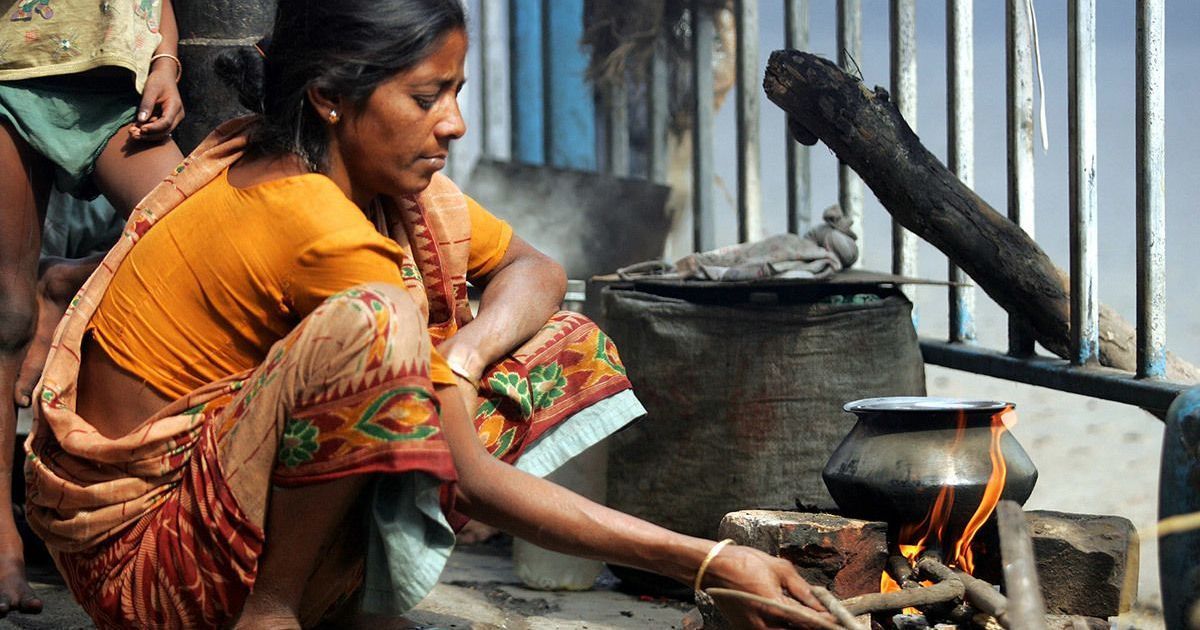 Lakshmi, the domestic help employed at my house, tells me that she has been “working for years”. She doesn’t know her age and thus can’t put a number on the number of years it has been. Her work at other people’s houses is very similar to her roles at her home. But when she’s running a little late, she has to deal with her husband’s anger and occasionally even some domestic violence. When asked if the state government should give a salary to her for the work she does at home, day after gruelling day, she says that she finds the idea strange. “If money is given to me, I can be independent,” she says.

Around the world, regardless of the hours of the day women put into domestic labour, the work is often dismissed as a set of daily chores and not accounted for in either the GDP or employment metrics. As a result, no facility-protection rules apply. In India alone, the fact that 49% of women in a country of 1.3 billion people don’t have their work accounted for in the annual GDP, is a massive issue.

Though the topic of unpaid labour has been central to feminist debates globally, with advocates clamouring for decades for better recognition and valuation of unpaid care to inform social policies and services, in India, the debate was recently kickstarted when Kamal Haasan recently announced a political promise being made by his party – Makkal Needhi Maiam – that women would be paid for domestic labour. The economic contribution of unpaid care work (UCW) is roughly estimated at $10 trillion per year, around 13% of global GDP, yet it is not recognised as “work” that is a vital input into economic growth.

In September 2019, the National Statistical Office (NSO) released its 2019 report. This report said that an Indian woman does 243 minutes (four hour) of domestic work a day, whereas the average time of an Indian man spends doing chores at home is only 25 minutes.

But there are still many questions that need to be answered before such policies are set in stone.

Is payment for work at home going to actually elevate the position of women as argued? Or is going to further institutionalise patriarchal roles of women’s responsibilities within the homestead and men’s outside? Who will pay for this ‘salary’ for housewives? Husbands? Government? Tax subsidies? Should there be payment for household work, rather making it a special pay for women?

Karuna Nundy, a Supreme Court lawyer, told LiveWire that women’s labor workforce participation has gone down from around 35% in 1990 to about 25% today. “A big part of that because as men’s income goes up, they prefer that their wives stay at home. However, no money is then coming to the women directly. Any money when it comes to dowry usually goes to the in-laws and the stree dhan tends to be limited. In addition, the housewife’ suicide rate has gone up from about 25% in the 1990s to about 35% now. Homemakers are in a triple bind. They have no control over money, and if there is domestic abuse, they are unable to leave the house because the government has no proper shelters and the work they do is not recognised. The financial recognition of this work is vital. There is a Goa scheme called Griha Aadhar scheme where the money is given to homemakers and that is working really well. In addition, I believe a certain percentage of an earning partner’s income must go to the partner, who is a full-time housewife, because both parties contribute to the earnings of the household after the marriage.”

Kanchan Sinha is 52. She told LiveWire that she has been doing household work since childhood. She was married off at the age of 20 and has a family of five members.  She gets up before everyone else, cleans the house, mops the floor, puts out the garbage, packs everyone’s lunch and then finally eats herself. According to her, she would like to be given some money of her own to allow her to be financially independent for her own needs.

Kavita Krishnan, secretary of the All India Progressive Women’s Association and member of the politburo of the CPI-ML, told LiveWire, “There is a long history to the feminist demand for wages for housework. Certainly, housework is work, and should be recognised as labour rather than as mere selfless service. Housework, or domestic labour is what makes it possible for a worker to appear at work each day refreshed after the previous day’s work that has depleted his or her energy. So capitalist production would be impossible without housework. But if wages are assigned for housework, say, based on the way in which paid domestic workers want their wages calculated, there is a danger. The danger is that such wages may strengthen the notion that housework is women’s work. Men may tell women in their lives, ‘why should we do any housework, since you are paid for it, it is your work’.”

“So, instead of the wages for housework concept suggested by Kamal Haasan’s party, I would suggest that governments be made to provide (at their cost) creches, community kitchens, schools, laundries, healthcare and so on. A cess can be levied on employers towards these services. To add to this, all persons should be paid a universal basic income,” she said.

According to NSO data from a survey held between January to December 2020, 81% of women work at home along with a paid job, while only 26% of men have a share in domestic work. When the responsibilities of domestic work suddenly increased manifold after the lockdown, the percentage of women’s domestic labor would have increased – which is not mentioned in these figures. A woman is basically spending 19.5% of her productive time in household chores for which she does not get any salary. Meanwhile, men only spend 2.3% of their time engaged in chores.

Marilyn Waring rightly wrote, “The day women’s labor is accounted for, the biggest theft in history will be caught.”

Jagisha Arora has an MA in History and has worked as a freelance writer. She writes on issues of gender, caste and democracy.