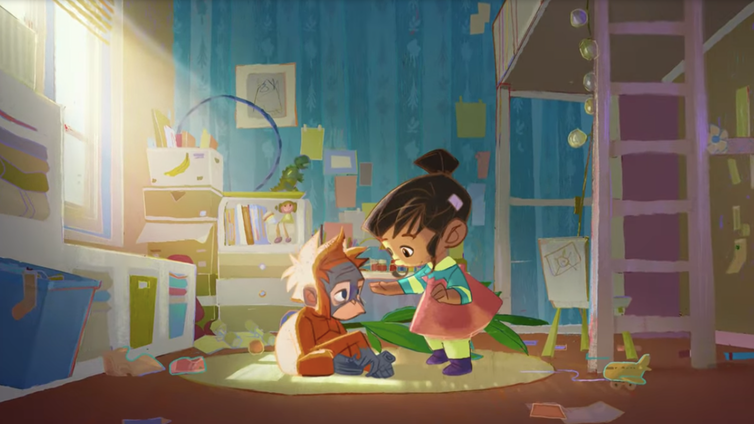 A Christmas advertisement for the UK supermarket chain Iceland, which tells the story of a young girl who tries to help a baby orangutan whose home has been destroyed to create palm oil, will not be broadcast on television. The short animation, voiced by actress Emma Thompson, highlights the devastating impact that deforestation for palm oil plantations has on orangutans.

But because the film was originally made by Greenpeace, Clearcast – the body responsible for clearing ads on behalf of the UK’s major broadcasters – decided that it breaches rules against political advertising. Richard Walker, the son of the supermarket chain’s founder, who had led a move towards environmental campaigning admitted: “We always knew there was a risk [the clip would not be cleared for TV] but we gave it our best shot.”

Yet from a marketing point of view, taking this risk makes perfect sense as it’s effectively a win–win. If the advert had been permitted to air on television, the company would have got the airing it wanted. But since it has been banned, Iceland tweeted to ask if the public will help share the advert – and people are doing just that.

This all amounts to a lot of free publicity.

Throughout 2018, a number of brands have been embracing causes. In a recent Nike advert featuring former National Football League (NFL) star, Colin Kaepernick, the sportswear company featured called on consumers to “believe in something, even if it means sacrificing everything”.

Nike initially saw a decrease in share prices, while the media debated the brand’s decision to reference to Kaepernick’s silent protest against police shootings of unarmed African Americans, and its capacity to effectively fight for social justice. But consumers seemed to view the campaign favourably – analysts reported a sales increase of more than 31% during the Labour Day weekend, up from a 17% increase the previous year.

Taking a stand is important, as market surveys have recently revealed that consumers are more likely to purchase products and brands that back causes their consumers believe in. Over the past decade there has been a shift, as many more people are prepared to engage with campaigns that represent a belief in a just world, such as the the #MeToo movement against sexual harassment.

Companies have been quick to pick up on the wider public’s interest in social justice, and have subsequently engaged with a diverse range of issues in their marketing and business practices, including equality for women, the impact of single-use plastics on the world’s oceans and LGBTQI rights.

If it is close to consumers’ hearts, it tends to be of keen interest to brands looking to entice people to purchase their products and services. For brands to survive and thrive, it is essential to follow consumer trends – and the current trend is to show that you care. Over the years, the interests of the consumers have been wide ranging: in response, some corporate marketing has shifted its focus from individuals and physical appearance, toward groups and their desires to change the world.

The simplest way to ensure a strong clear association between a brand (in this case Iceland) and the cause it is hoping to be associated with is by repeatedly pairing the two together. This is usually done through advertising – but the fact that many mainstream media outlets are now drawing attention to the ban ensures that this pairing will happen without the help of a prime-time television slot.

From the consumer’s perspective there will now be a clear association between the supermarket chain and the fight to protect endangered species and the environment. This is not the first time Iceland has set out to tackle environmental issues – earlier in the year, the supermarket pledged to remove plastic packaging from its own-brand products by 2023. But the Christmas ad is one of its most successful attempts at capturing interest from a wider audience.

A cynical person might say that Iceland is simply trying to increase its sales. But if the outcome is good – in this case, generating environmental awareness around the impacts of deforestation – consumers may not care. Just imagine how much good could be done if all big brands and manufacturers would jump on the justice bandwagon – at least until consumer trends change again.