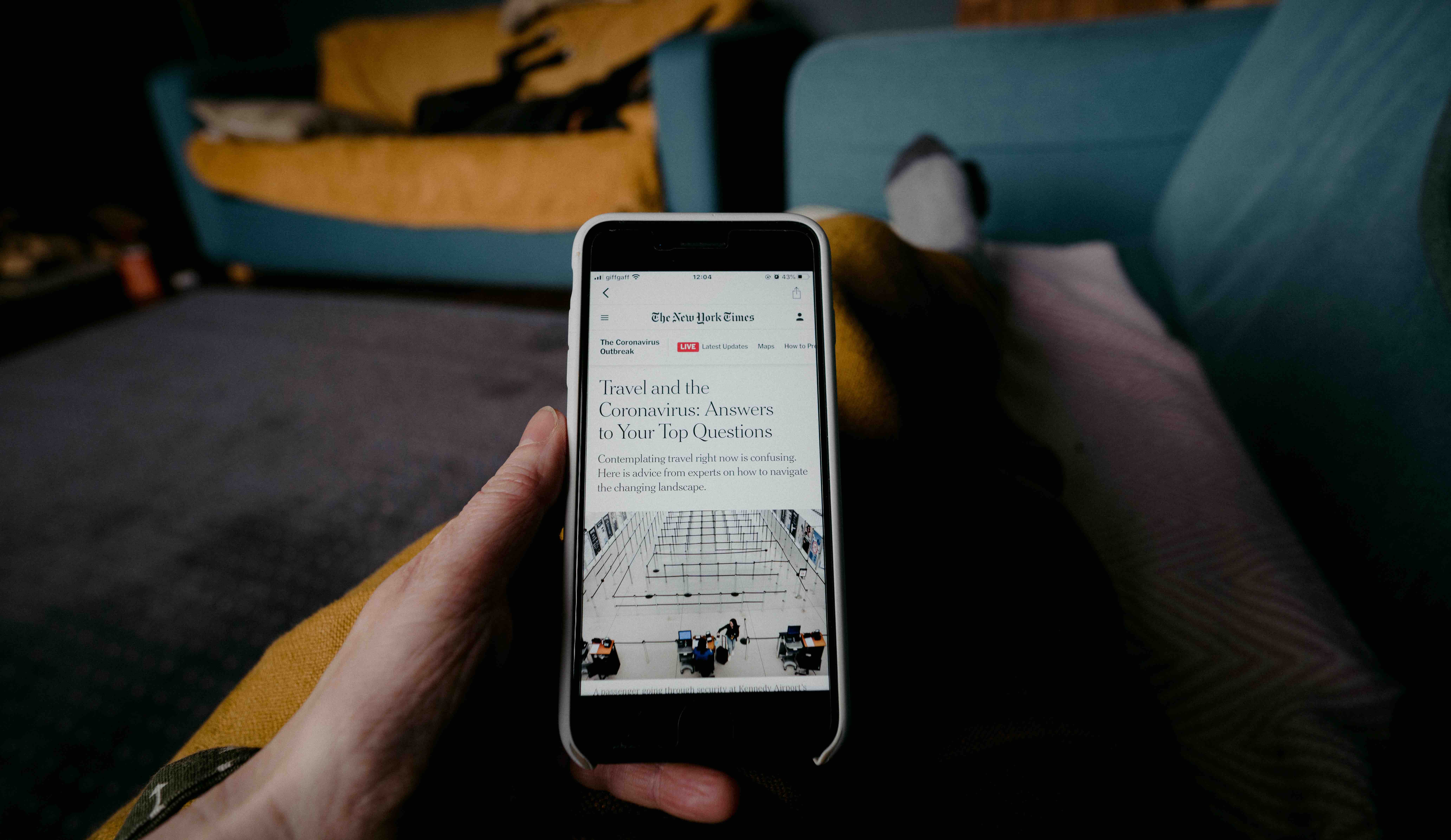 I had picked up my phone to draft an email when I saw a notification flash across the screen. A friend had tagged me in a Facebook memory – a beaming picture of us wrapped in an embrace from bygone days when going out did not necessitate ticking a checklist of consternation. I reflected on the picture for a few seconds, wondering how COVID-19 had altered the realities of space and touch, changing what it meant to be happy, even human.

Before I could surmise anything more profound, my instincts took over. Soon, I was not looking at the picture anymore, but staring at the footage of an explosion in Beirut. Some 30 seconds of awe and despair at the scale of destruction were swiftly succeeded by a grim reading of the next item on my newsfeed – a graph displaying how India had set another record for the number of Covid cases.

No sooner had I digested India’s overwhelming numbers than there appeared a plea from a distant relative making a last-ditch attempt to pool in funds for his sick grandmother, who had been put on a ventilator. Right after that there were screenshots of a Twitter thread outlining the latest atrocity against a black person in America. Then, a link to images of the wildfires in California. Followed by updates of the arrest of yet another activist in India.

I no longer remembered why I had picked up my phone.

This, unfortunately, was not an isolated experience, but one that has become a daily reality. Ever since the pandemic began, I have become a victim of something I had only considered a myth before – the habit of doomscrolling.

Yes, doomscrolling is a peculiar word, the kind you might get if you combined the vocabulary of a Middle Age priest and a 21st century influencer. And yet, nothing better encapsulates my maniacal tendency to dig through social media and absorb as much negativity as possible, to feel anger, resentment, distress, anxiety, despair, and futility – all in rapid bursts – till I begin to feel numb.

Thumb up, thumb down, into a bottomless pit, incapacitated but intoxicated.

Evolution tells us that even without being inherently pessimistic, all of us are more susceptible to negative, rather than, positive information, for our brains have been wired over millennia to actively anticipate danger and remain alert to problems.

But doomscrolling exploits our biology not to make us more aware of our immediate surroundings, but to make us swim in a gloomy sea of unnerving knowledge where most of the information we receive does not directly affect us.

Of course, the refugee crisis in Syria is abysmal. Only a fool would question the plight of dispossessed farmers in India. There is no doubt that thousands of marginalised minorities are struggling to overcome systemic racism across Europe and America. All these are hard, solemn facts, but facts, nonetheless, that do not directly impact me or my life.

Before social media, I would have only been exposed to these facts sporadically, either through newspaper articles or television or radio broadcasts. I would have had adequate time to process the information, formulate an opinion, maybe even become emotionally invested.

But now, thanks to the platter of digital applications, I encounter each of these facts relentlessly, with all the visceral appeal of tearful toddlers and dead farmers resting in the palm of my hand. I have seconds to ingest the information, my opinion is largely formulated for me, and emotional investment is not a choice, but a compulsion, thanks to algorithms that know exactly how to get the most potent response out of me.

The non-experiential empathy, or the ability to put myself in someone else’s shoes, that would have been cultivated slowly but genuinely in the past is now manufactured instantaneously, making my proverbial feet chafed from wearing so many shoes.

The reason why doomscrolling has become rampant in the current context has to do with how social media have created an overhaul in news consumption as well as the generation of regular conversations.

Journalism has always focused more on bad news than good. After all, a flyover standing immaculately for decades would not be deemed newsworthy. But if the same flyover came crashing down, killing scores of people in the process, one would expect the media to cover it extensively.

With the growth of social media, we are receiving more bad news simply because we are receiving more news (including its fake avatars) than ever before, powered by clickbait headlines, alarmist graphics, and sensational captions. Neo-positivists like Steven Pinker may have gathered rigorous data to show how the world is getting better, but the dozen media outlets we follow online would have us believe otherwise.

Then there is the manner of dialogue on social media and how so much of it is driven by the need to secure validation and identify as part of an ideological cohort where moral grandstanding is a common pastime and most conversation is underpinned by the need to find fault with someone, to prove someone wrong.

“It [doomscrolling] puts your mind in a downward spiral…and this cycle is hard to break,” observes Nina Vasan, an American psychiatrist. She goes on to explain why, over the last few Covid-stricken months, doomscrolling has amplified and why people like myself have fallen prey to it:

“We’ve lost our usual means of social support and connection, and being on social media feels like the only way to be connected with the rest of the world.”

In other words, FOMO: the fear of missing out in a virtual space where there is no information downtime. Something, after all, is always trending on Twitter.

When I had explained why I won’t give up on social media, I had provided antidotes for the gravest issues online. Some of these suggestions, like regulating time on social media, can reduce doomscroling, too. And, of course, we can always resort to more pages like Upworthy (on Instagram) that provide dollops of positivity. Or gorge on chocolate. Or listen to a playlist of cheerful tracks.

But here is the biggest problem with the doomscrolling, something which I have not yet learnt to bypass. Doomscrolling internalises a need for negativity wherein the more we see, the more we seek. Since the urge to know is fundamentally human, none of us knows when we are being sucked into knowing too much.

With doomscrolling, knowledge is no longer power, but a crippling weakness of having too much to worry about.

My biggest fear about doomscrolling is that it will herald a time when we get so addicted to it that it changes our very notion of doom. When an overdose of all things bad and sad makes us feel involved but indifferent, engaged yet apathetic. When a fire tornado does not cause stomachs to churn and new waves of viruses do not produce anguish.

When negativity becomes the norm of life, and when, instead of being the nadir we were all hurtling towards, doomsday arrives everyday.

Priyam Marik is a post-graduate student of journalism at the University of Sussex, United Kingdom.