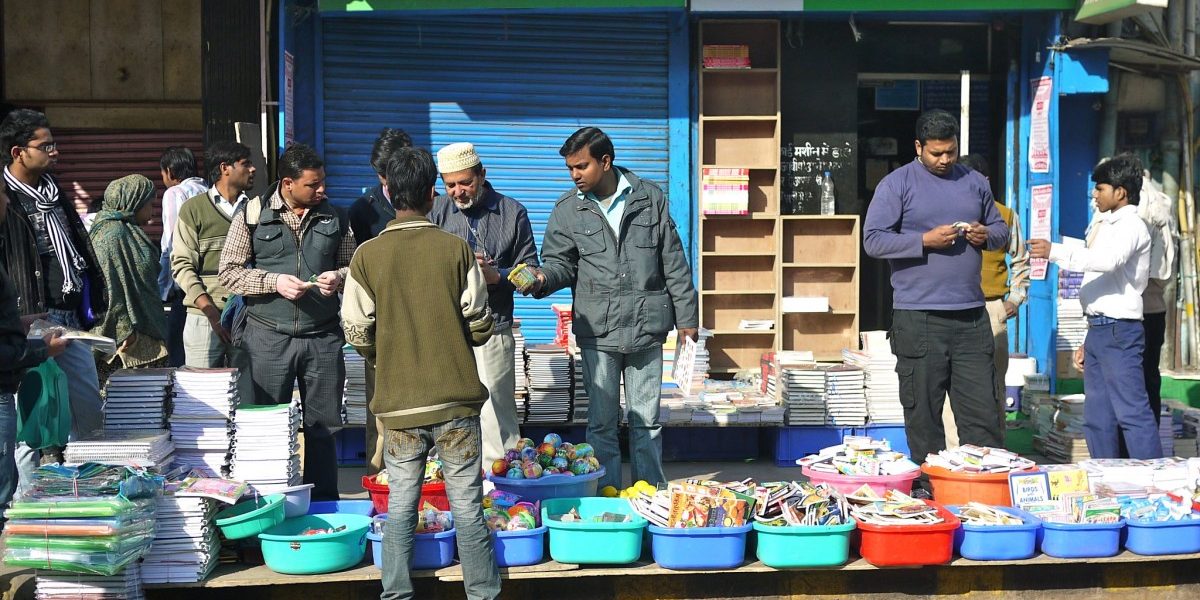 After more than a month of speculation and amidst fears of a permanent shutdown, the iconic Daryaganj book market was reopened in Mahila Haat, near Delhi Gate metro station on Sunday.

The market had been forced to shut down last month after a Delhi high court order declared Netaji Subhash Marg to be a ‘no vending’ zone following complaints of traffic congestion in the area by the Delhi police. After nine long weeks of closure, the booksellers of the market breathed a sigh of relief at the prospect of earning their daily bread once again.

What could have been a smooth transition, however, was marked by several lapses and delays coupled with irregularities in the legal procedure itself.

According to the Street Vendors (Protection of Livelihood and Regulation of Street Vending) Act 2014, a market which is over fifty years old is classified as a heritage market. Vendors in these markets cannot be shifted without proper procedural guidelines preceded by a 30 days’ notice. The sudden closure of the market was brought about by no such notice while the new locations proposed for the market by the North Delhi Municipal Corporation (NDMC) were unacceptable to the booksellers.

“The NDMC told us that we can set up shop at Ramlila Maidan or next to the Hanuman Mandir in Kamla Bazar. But due to festivals and other events, we would lose business in these places. So we said no,” claimed one of the booksellers.

Mata Sundari road and the Kachcha Bagh area were the other locations which were offered by the NDMC before the decision to open the market at Mahila Haat was accepted.

At the new location in Mahila Haat, about 40 to 50 booksellers could be seen with their wares laid out, a far cry from the 200 plus shops which were supposed to be set up. Moreover, rainwater from an early morning shower in the area caused much hindrance to daily business with vendors having to sweep the floor till late in the morning. The rent per head of the booksellers had also gone up considerably. While the erstwhile rent was only Rs 15 per head, the new rent was now a whopping Rs 185.

“The increase in rent will cause an increase in prices as well. This will lead to a decline in the market’s popularity. If we protest, they might decrease the price a little, but how much? We are also hearing rumours now that the MCD will build a parking lot here in 2 years. If that happens, where will we go?”

The president of the Daryaganj Market Association, Kamar Saeed, was more optimistic about the stipulation of rent. “Even though the rent was only Rs 15 earlier, we sellers had to make a lot of underhand payments which went up well above Rs 200. Now with this fixed rent, we don’t have to bear the burden of that.”

Meanwhile the stretch between Delite Cinema and Golcha Cinema, where the market was originally located, saw protests by a number of booksellers demanding the market to be restored to its former venue amidst considerable police presence who were trying to evict them.

Most vendors resorted to public outrage and held banners against the relocation contract between the leaders of the market association and municipal authorities. Around 70 to 80 people, including students, joined in holding up posters which read: “Beti Bachao beti padho par bina kitaabein kaise padhengi betiyan.”

Mohit, a member of the National Hawker Federation who was at the protest site, said, “we were not given any registration or warning, we were simply thrown out.”

A bookseller who has been selling books since 1972 expressed concern over the arrangements made for them at the new location.

“There are no initiatives taken by MCD to provide shade or cleaning the place. After the rain, there is water clogging everywhere and it is difficult to lay out our books. We are spreading books over tarpaulin sheets. But we will approach the MCD and we have hope,” he said.

The old Daryaganj market was touted as a ‘bibliophile’s paradise’ with books ranging from Mahatma Gandhi’s autobiography to the latest edition of The Diary of a Wimpy Kid being available at cheap prices. Shops like Mukta Book agency and Big Book Bazar sold books by the kilo, while second hand academic textbooks were sold at throwaway prices for students who flocked there from Ambedkar University, Jamia Milia Islamia, JNU and the University of Delhi. For some parents who sought to buy books for their children and acquire a great deal on them, this market was a weekly haunt.

A regular customer of the book market for over 20 years exclaimed, “They have destroyed something that was really really beautiful about Delhi.” He also urged the media to highlight the value and ethnicity of the Sunday book market.

Swati, a student at Ambedkar University, echoed the sentiment and recalled a similar incident in her hometown Ahmedabad where some food stalls from a popular hangout spot were evicted overnight. She said that the city has never been the same ever since.

“The ultimate question of either preserving history or following change remains intact,” she said. “However, the beauty of a place is instilled in its heritage and culture blooming over the years, which undoubtedly needs to be preserved.”

Kanupriya Dhingra, a Ph.D. scholar at the School of Oriental and African Studies in London says that “there are two narratives of the incident, where one is fighting for the place that occurred to them naturally and they want to preserve their life long history. The other question is a livelihood, and they are hopeful about it from the new allotments.”

While the majority of booksellers seemed to be considerably disgruntled at their new location, a number of sellers welcomed the move by the NDMC.

“This place has been given to us by the MCD itself so I don’t think that it will be taken away from us,” one seller arranging his books in neat rows at his new stall in Mahila Haat said. “Earlier all kinds of people used to come to the market and loiter around because it was next to the metro station. Sometimes, our books used to get stolen. Now, only those people who want to buy our books will come here”