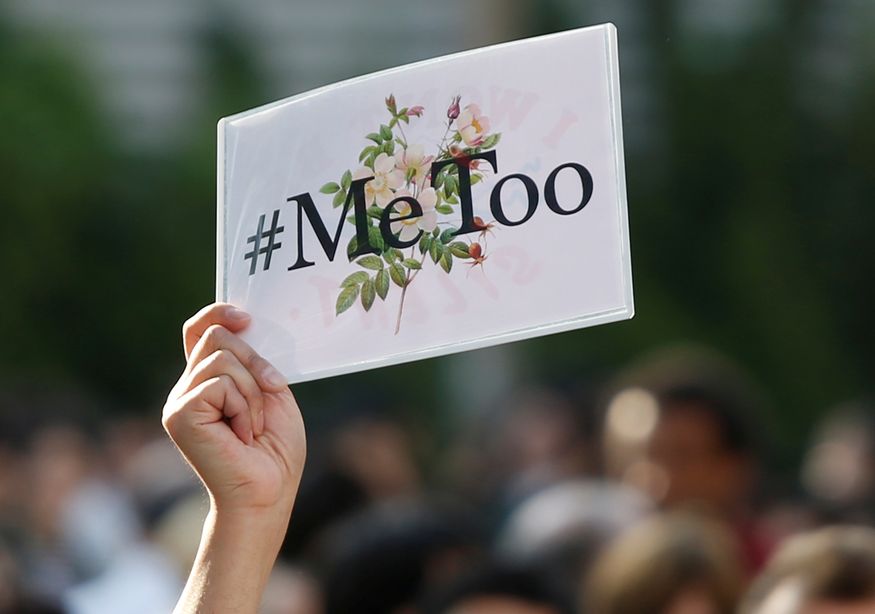 When Jodi Kantor, a reporter on the investigations team at The New York Times, first reached out to actress Rose McGowan in early 2017, she had little idea what to expect. McGowan had publicly spoken out about being sexually assaulted by a Hollywood producer and it was believed that she was working on a memoir.

Meanwhile, rumours had been long circulating about producer Harvey Weinstein and his treatment of actresses. Comedians made jokes about it onstage at awards ceremonies. In a red carpet interview, Courtney Love warned aspiring actresses not to accept invitations from Weinstein to meet him in a hotel room. And in 2015, an Italian model had filed sexual abuse charges against the producer with the New York Police Department.

Reporters had tried unsuccessfully for years to follow the trail of assaults and get survivor accounts on record. Kantor, who had previously covered the Obamas, had begun investigating women’s experiences in the workplace in 2013 – “documenting what they experienced meant seeing how power functioned,” as she put it. She used that background to reach out to women who might have had experiences with Weinstein.

What Kantor and colleague Megan Twohey uncovered was jaw-dropping: Not only the broad scope of the assaults Weinstein was accused of, but also the breadth of the enabling and whitewashing what went into covering up for his crimes.

Their reporting on those accusations – including statements by actresses such as Gwyneth Paltrow and Ashley Judd, alongside former Weinstein employees – quickly turned into a Pulitzer Prize-winning series. As the reporters later wrote: “Weinstein’s legacy: his exploitation of the workplace to manipulate, pressure, and terrorize women.”

‘She Said’: A case study

Investigating those stories and getting them published was no easy task, as Kantor and Twohey recount in their just-published book, She Said: Breaking the Sexual Harassment Story That Helped Ignite A Movement. A case study on the work that goes into groundbreaking investigations, the book details the steps the reporters took to unearth decades-old assault allegations.

“The impact of the Weinstein revelations was so great in part because we and other journalists were able to establish a clear and overwhelming body of evidence of wrongdoing,” the authors write in their prologue. That evidence is clearly laid out and supported in the book, which also serves as a textbook on how best to work with assault survivors to ensure they are not re-traumatised – and to ensure that voyeuristic details of their experiences aren’t published.

The authors also grapple with the role their work had played in a monumental cultural moment whereby women, recognising their experiences with assault are no longer isolated accounts, continue to demand a sea change.

While laws against sexual harassment and sexual assault have been on the books in the US for years, justice has been rare. “The legal system and corporate culture has served to silence victims and still inhibits change,” the authors write. “Businesses are co-opted into protecting predators. Some advocates for women profit from a settlement system that covers up misdeeds.”

Shortly after their first article on Weinstein was published, tips on both sexual assault and workplace harassment came flooding in. Women took to social media to share their own experiences of assault – some in great detail. Others simply wrote #MeToo on social media.

The hashtag, which drew from a movement spearheaded by activist Tarana Burke in 2006 to promote “empowerment through empathy” for survivors of sexual and gender-based violence, was inspiring – and sometimes infuriating.

With one in six women in the US becoming victims of rape or attempted sexual assault in their lifetime, according to NGO Rainn, the hashtag has helped to personalise those statistics and put faces to the numbers  in a way that laid bare the reality of the prevalence of sexual abuse.

Yet as Kantor and Twohey write, their investigation confirmed that “Women can have far more impact together than separately.” The power in numbers encouraged some women to take charge of the narratives surrounding their abuse and take action against the perpetrator.

One of the women encouraged by the movement to publicly reveal sexual abuse was Dr. Christine Blasey Ford, a professor and research psychologist at Stanford University School of Medicine. Blasey Ford alleged that as a teenager she had been held down and assaulted by Brett Kavanaugh, who had gone on to a successful career as a federal judge.

After Kavanaugh’s nomination to the US Supreme Court, Blasey Ford recounted the experience in front of the Senate Judiciary Committee as the whole world watched.

This testimony, and insights into what drove her to deliver it, makes up the last third of Kantor and Twohey’s book. The authors also detail how Blasey Ford’s experience – including her reluctance to speak to media, and the death threats she received – was a damning indictment of the ways that sensationalist media contributes to an atmosphere in which women remain silent about the abuses they endure.

While She Said centers on the women whose stories are being told, giving voice to their experiences that are only minimally balanced out with statements of denial from Weinstein, in reality women are often spoken over and shouted down when trying to speak to these experiences elsewhere.

Politicians, including the President of the US, who has himself been credibly accused of sexually assaulting women, including in stories broken by Megan Twohey, used both social media and cable news to discredit not only Blasey Ford, but also other women’s stories.

And in Germany, where a survey conducted by YouGov in 2017 revealed that 43% of women had been on the receiving end of sexual harassment or assault, the hashtag was not only used by survivors of sexual assault, but also co-opted to address a litany of complaints against a sexist society.

Male newspaper columnists used their column inches to reflect on whether paying a female coworker a compliment might be considered harassment. Meanwhile, B-list actress Ingrid Steeger revealed in an interview that she had been raped multiple times while on the job and said it was part and parcel of the job, that women need to just suck it up. The backlash in German media had buried the campaign before any thorough investigations had brought credible accusations to light.

Yet in the US, where She Said has come out just as Harvey Weinstein goes to trial, a new memoir by Chanel Miller testifies to her experience with the pursuit of justice after a high-profile rape near Stanford University, and new revelations about Kavanaugh’s behaviour appear to support Blasey Ford’s testimony, the battle over how to respond to (and to prevent) sexual assault continues unabated.

It’s a battle that, if we acknowledge the cultural hegemony of the US and the influence Hollywood has on the presentation of values and norms, will impact the whole world.