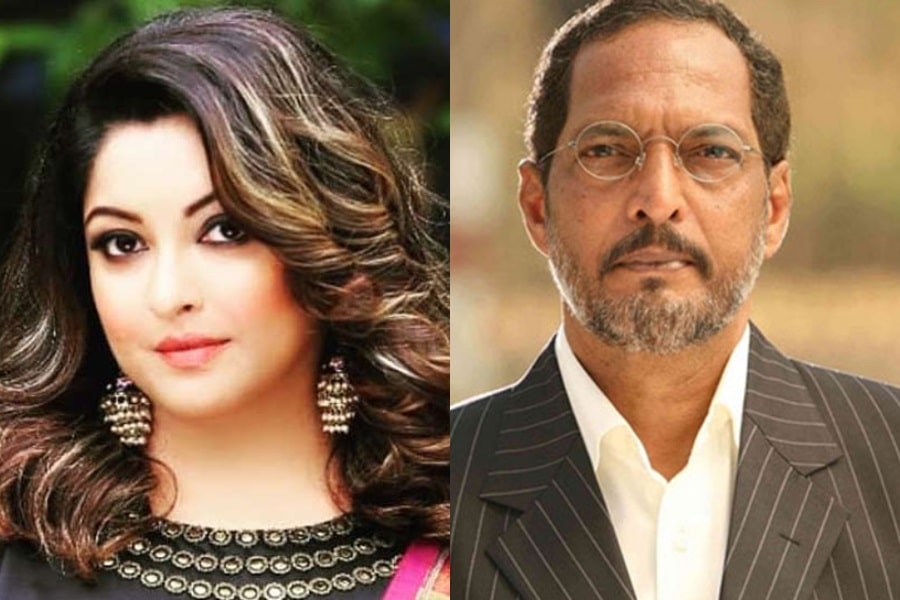 Here’s the thing, Bollywood is not spineless. It is only spineless and diaphragm-less when it has to say something about the women who have been abused by powerful male celebrities. Tanushree Dutta’s accusations against veteran actor Nana Patekar and director and censor board chief Vivek Agnihotri have exposed the industry’s hollow claims of working towards women empowerment.

Dutta abruptly exited the industry around the same time she quit the movie Horn Okay Please, aon the sets of which, she claims, she was harassed by Patekar and the producer of the movie, she said in an explosive interview this week. She said that she developed post-traumatic stress disorder (PTSD) after the incident.

Dutta’s open statements made some people, mostly industry outsiders, hopeful for a MeToo movement in Bollywood. Instead, industry stalwarts like Amitabh Bachchan and Salman Khan have reacted in ways that are best characterised as backlash against MeToo. Bachchan, in a press conference for his movie Thugs of Hindostan, responded to a reporter’s question about Dutta and Patekar saying that he couldn’t answer the question since he is neither Dutta nor Patekar.

His response was neither decent nor ethical. The 75-year-old actor and former Lok Sabha MP is one of the biggest and the most respected personalities in the country, with an acting career spanning about five decades. This makes his voice all the more important, but he chose otherwise. Seems like his admiration for empowered women is restricted to his anchoring duties on Kaun Banega Crorepati, where he is allegedly paid close to Rs 3 crore per episode.

Another industry stalwart is the controversial Salman Khan who responded to a journalist’s question by saying that he was not aware of the issue, and later on made a joke about the issue. Nobody said anything about Aishwarya Rai Bachchan’s allegations of physical assault against him.

The vertebrae comprising Bollywood’s spine only become active when powerful male celebs are accused of manslaughter and storing illegal arms. Last year when Khan was sentenced to five years in prison for poaching blackbucks, hordes of celebrities came out in his support, including director Farah Khan, singer Abhijeet Bhattacharya, actor Arjun Rampal and Rajya Sabha MP, Jaya Bachchan. Sanjay Dutt too got support from Bollywood actors when he was convicted of illegally possessing weapons. Shahrukh Khan, Yash Chopra, Anupam Kher and Sridevi all protested when Dutt was arrested in the early 1990s.

In Dutta’s case, Farhan Akhtar, Anurag Kashyap, Priyanka Chopra, Richa Chadha, Swara Bhaskar, Twinkle Khanna and Siddharth are the only ones to publicly support her so far, but they have all carefully omitted taking Patekar’s name from their public declarations.

Be it Khan’s controversial rape comment a few years back, or Akshay Kumar’s inappropriate remark to comedian Mallika Dua on a comedy show, standing up to powerful, influential men in the film industry is a risky activity. Actor Vivek Oberoi is a prime example (and victim.)

Hollywood’s MeToo movement shed light on the rampant exploitation of women in that industry; it’s Indian counterpart, one would think, suffers the same amount, if not more. Just months ago, choreographer Saroj Khan defended the “casting couch” claiming that it at least provides a livelihood. “Film industry ko kuch nahi kehna, wo humara mai-baap hai,” (Don’t say anything about the film industry, it’s like our parents.) Khan added. She later apologised.

It is understandable that intra industry power dynamics, which are also somewhat transparent, cause other small-time celebrities to stay away from making statements against more powerful people. Nevertheless, the times are a changin’. The now old-and-aged stars will perish and vanish from our screens in the very near future and it is up to the new generation to rid the industry of these gender-biased vices. Speaking out on Dutta’s allegations is the first step.

Prateek Gupta is a 22-year-old, fifth-year law student at the University of Allahabad.