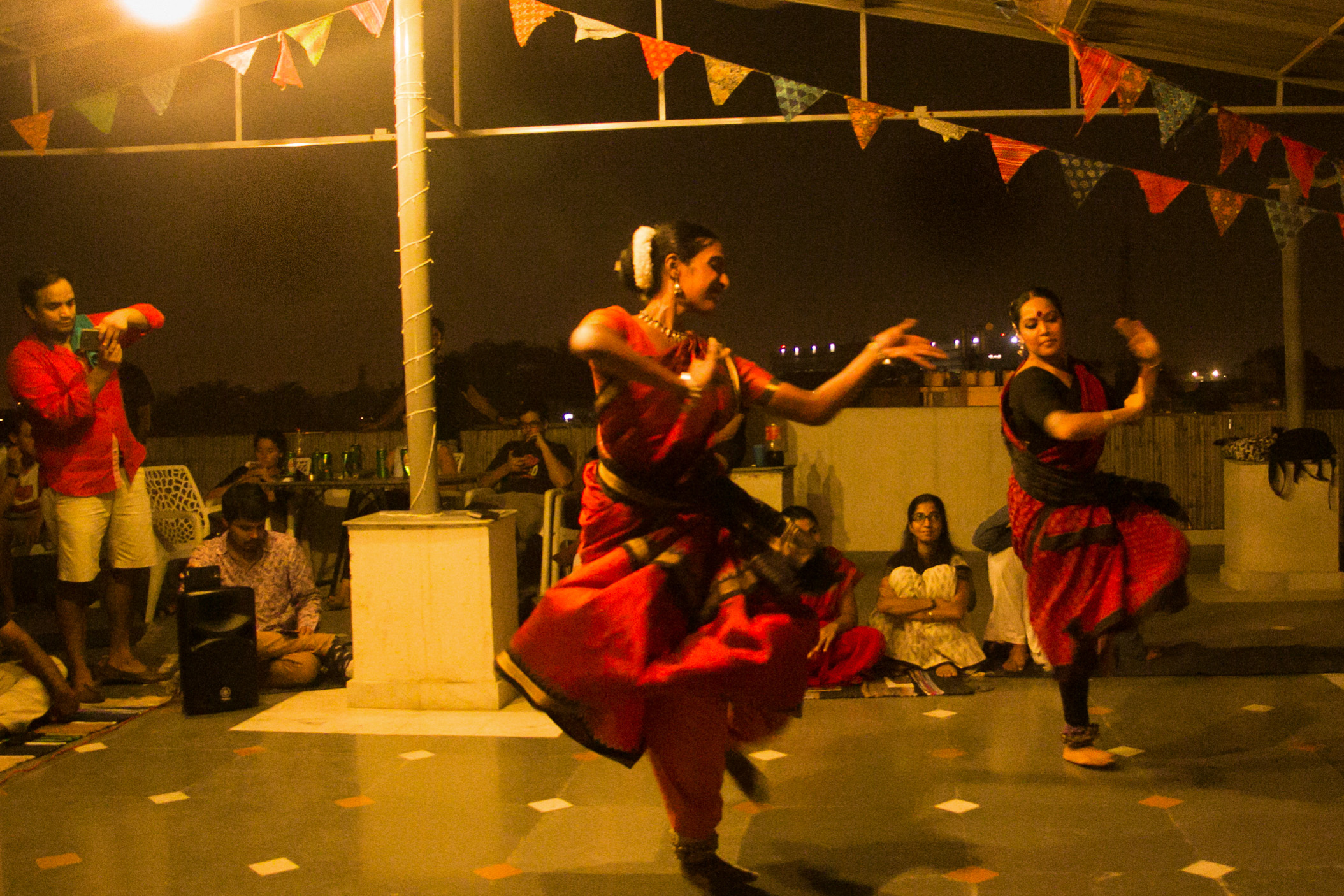 Delhi and its metropolis can seem like its straight out of an Edward Hopper painting – a melancholic depiction of urban loneliness. Young professionals and millennials, in particular, are getting caught up in the pandemonium of the urban setup, often feeling isolated and detached.

But the city’s art enthusiasts are doing their bit by bringing communities together. Artistes are now transforming easily accessible spaces like rooftops, basements and apartments into art spaces where people can come together to view and engage with art.

Manu Matthew started ‘House Concerts Delhi’ with a small group of friends in a basement around three years ago. Today, the idea has grown into a full-fledged movement, with concerts being held regularly at the houses of friends and acquaintances. “When we started out, we just wanted to give upcoming singers a space where they could receive feedback on their work. But today, established artists and bands want to perform at intimate spaces such as ours, because even the audience has started to prefer small groups over large crowds,” he said.

Aditya Remy Shah, a regular audience at House Concerts, feels that such art spaces are a great way to unwind. He said, “When you have a gruelling 9-9 work schedule, the mental exhaustion makes you want to crawl into a shell. But when you come out here, you experience art and meaningful conversations. Personally, it’s almost been therapeutic.” He added that traditional performance spaces often feel impersonal and do not leave much scope for conversations.

Artists like Christabel Menezes say that even they don’t mind performing at such concerts for little or no pay. “The kind of ambience these new spaces offer is drastically different from the conventional venues with respect to the kind of intent listening the audience does,” she said.

Many believe that taking art outside theatres and into neighbourhoods is vital to introduce art to people who need it the most. Theatre artiste Mallika Taneja and Odissi dancer Manishikha Baul run the ‘Lost and Found Trust,’ a movement that brought art to community centres and residential parks. “While Lost and Found has taken time off to regenerate itself as an initiative, one particular neighbourhood of Vasant Kunj has not. They have embraced this new culture of bringing arts and artists to their neighbourhood park ever so often and coming together as a community,” said Baul. She added that residents now steer a part of their resident welfare association (RWA) funds towards these evenings.

Other new-age spaces like Zorba the Buddha, in Ghitorni offer an immersive experience of art and spirituality. The venue curates performances and workshops that aim to “foster creative and spiritual growth”. Suramya Pandit, now a regular attendee at the space says that her experience has been like an emotional release. “I am not a big dancer, but just the sound of drums, chants and people dancing together is simply liberating. In the process, I’ve managed to meet a bunch of interesting people too,” she explained.

An evening at Lost and Found. Credit: V. Padmaja

As artistes continue to explore accessible spaces to exhibit art, people too are increasingly using such art forums to forge social networks. These new-age art spaces are slowly changing the way people meet in Delhi – artists and audience come together not just to deconstruct art but to also rediscover themselves.

V. Padmaja is a 23-year-old journalist, pursuing a masters in Journalism from AJK MCRC, Jamia Millia Islamia. She can be reached on Twitter @PadmajaVraman.