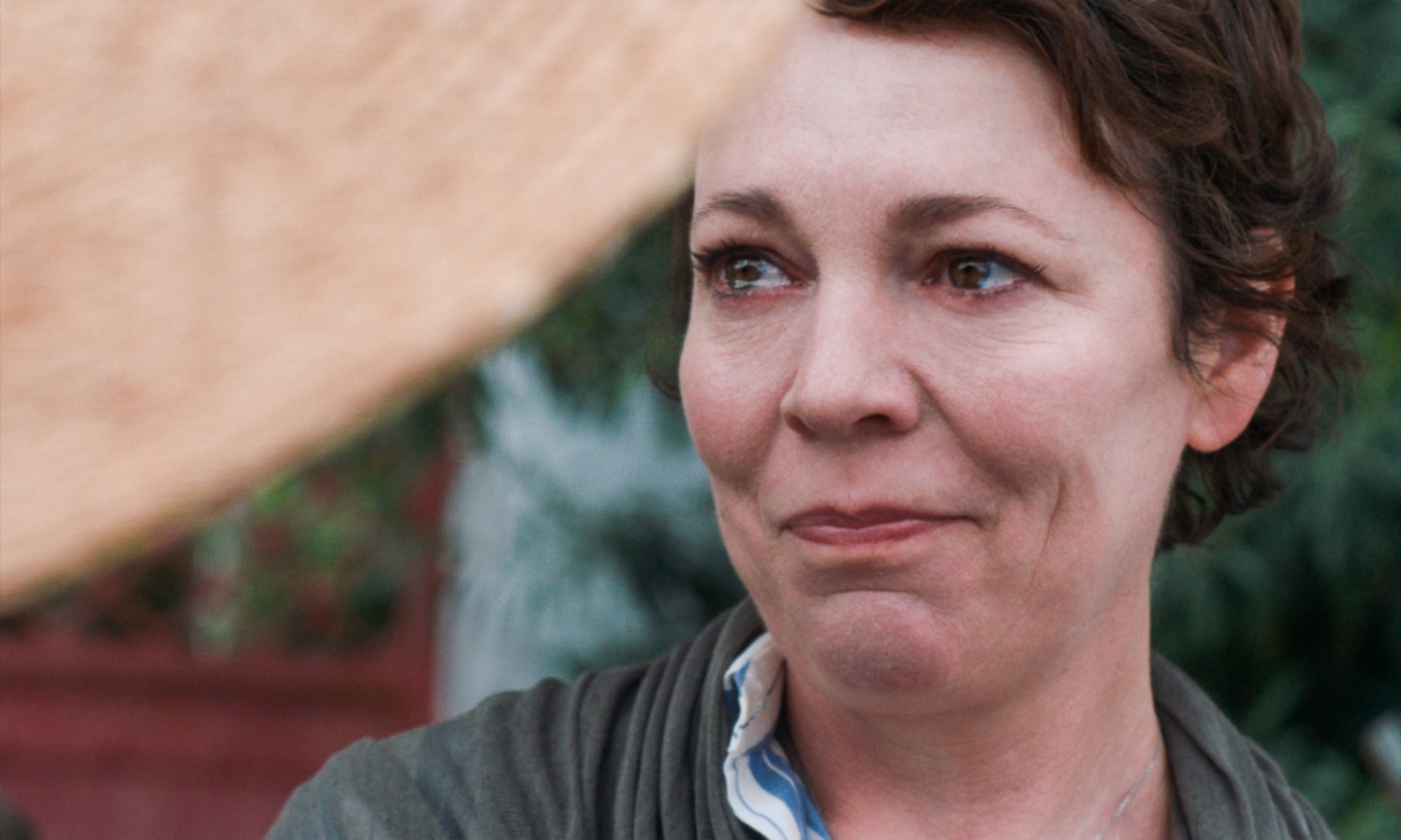 I forgive anyone who adapts Elena Ferrante’s works for the screen, especially a novel like The Lost Daughter. Ferrante’s books are like shadows to my body; she ventriloquises my secrets and exposes me, undressing me cruelly. The Lost Daughter was the beginning of my obsession with her. I remember reading that book at the age of 17, when her name was brought to my attention after her scandalous ‘unmasking’ by Claudio Gatti took my Facebook feed by storm.

Reading The Lost Daughter back then made me feel as though Leda, perhaps Elena herself, had always possessed knowledge of my existence, my body and its sensations, as though I had been under surveillance all along. Since childhood, I have had an aversion towards pregnancy. Thinking about motherhood or giving birth, even being in proximity to a pregnant person, suffocates me. I feel trapped in my body, its many and ugly accidents, as if a rope is constantly twisting and turning sharply inside me. I think of Leda pulling a worm out of the doll’s body.

Walking in Washington Square Park one day, I saw children dancing in a little circle on the northeast corner marked as a ‘good luck spot.’ They proceeded to run around, happy and, in their words, “full of good luck.” I wonder how children believe in such mythologies, how motherhood is simply another one. In Ferrante’s works, the mythologies of motherhood and adulthood are radically revised, rewritten. As soon as the adaptation of The Lost Daughter was announced, I wondered if and how Maggie Gyllenhaal, the director, would render accurately the repulsion, anger and suffocation of Leda, if she could transfer Leda’s discomfort from the page to the screen.

In her column for The Guardian, Ferrante gave Gyllenhaal the freedom to turn this endeavor into hers alone. She stated that there is “something much more important at stake than this instinct to protect [her] own inventions,” that this film should be considered as a contribution to the “artistic genealogy” of women, “modifying the sensibility of even the best men.” Therefore, I followed the author and arrived at the film’s screening during the New York Film Festival prepared to forgive Gyllenhaal, even willing to admire her adaptation. I came prepared to see a film that belongs to her. And while the film suffers from the lack of the linguistic anxieties of dialect and Italian, the absence of the spatial sensibility of Italy, there is still enough to admire in this film: the prowess of its brilliant cast, the music and cinematography, the cleverly fragmented composition of the film, its fidelity to Ferrante’s novel.

But I cannot not forgive a misreading of this text, especially of its ending.

The Lost Daughter is the story of Leda, a middle-aged divorcée and professor of English, on a vacation at the Ionian coast (Gyllenhaal’s adaptation is set in Greece) away from her two adult daughters and their father. On the beach, Leda is increasingly intrigued by the lives of Nina, a young mother, and her daughter, Elena, as well as Nani, Elena’s doll. Observing Nina, exchanging glances and eventually conversing with her, reminds Leda of her own days as a young mother. At the same time, Leda fundamentally disturbs the maternal order by stealing Nani, making Elena and, consequently, Nina suffer incurably. But on the last day of her vacation just before leaving, Leda returns the stolen doll to Nina who, in turn, stabs her with a hairpin. An injured Leda continues to make her way out, until she receives a call from one of her daughters who says, “Mama, what are you doing, why haven’t you called? Won’t you at least let us know if you’re alive or dead?” And here the novel ends with Leda saying,

Ferrante’s last sentence is a painful, philosophically complex, and ontologically reflective statement that creatively complicates her authorial voice as well as Leda’s narrative. In Gyllenhaal’s adaptation, however, Leda simply says, “I’m alive.” It is, precisely and sadly, this critical change that made me feel betrayed, that made me feel as though Gyllenhaal’s Leda was divorced from Ferrante’s. I was immediately reminded of the masterful cinematic translation accomplished by Mario Martone in his 1995 adaptation of Ferrante’s L’amore molesto (Troubling Love), one that was faithful and flirtatious in equal measure.

Delia, the protagonist of that novel, is on the train from Naples to Bologna after having attempted to understand how her mother, Amalia, mysteriously died. The ending of the novel is the pair of sentences: “Amalia had been. I was Amalia.” In Martone’s adaptation, however, a young boy seated next to Delia on the train asks her name and she simply answers, “Amalia.” Such a translation, in the rare instance of Martone’s film, is also a solution of sorts; it is a translation from the language of the page into the language of the screen that beautifully reflects the exchanges between the bodies and selves of mothers and daughters. “I’m dead, but I’m fine” is a similar sentence that demands greater attention and recovery, even reinvention, as opposed to a rewriting, erasure or simplification in film. Leda, I believe, cannot say she is “alive.” I imagine her state to be that “new equilibrium” which Ferrante writes about in Frantumaglia:

“I’ve never been in analysis. But I know what it means to break apart. I observed it in my mother, in myself, in many women. The process of fragmentation in a woman’s body interests me very much from the narrative point of view. It means telling the story of a present-day female that suddenly perceives itself disintegrating, it loses the sense of time, it’s no longer in order, it feels like a vortex of debris, a whirlwind of thoughts-words. It stops abruptly and starts again from a new equilibrium, which— note— isn’t necessarily more advanced than the preceding or even more stable. It serves only to say: now I’m here and I feel like this.” (223; emphasis mine)

“I’m dead, but I’m fine” is not only Leda’s response to her daughter on the phone, but it is also that narrative point of view, a declaration about her state of being. It carves a space in language meant for the flesh, the body and matter to be re-consumed and reexamined. After disturbing the maternal order among Nina, Elena and Nani, Leda’s state of being ‘dead but fine’ emerges from its debris, her wounded stomach. Gyllenhaal’s gaze does occasionally capture some of the fractured spaces of Ferrante’s narrative and gaze but lacks their language. While watching the film, I remembered how reading Ferrante has given voice to my own ambivalence about motherhood, how difficult it can be to tolerate my body. I realised how motherhood would render me dead, when I first held a child’s hand and wanted to cause her nothing but pain. That’s why I feel like Leda, why I feel as though I am in danger of my own existence.

Adapting a book, I believe, is sometimes akin to performing the task of the taxidermist: the text is best preserved within the form it has lived. And in this case, one ought to consider, too, the questions and languages of motherhood and aging, and how they alter, preserve or fail to save forms of stability, vitality, identity. “I’m dead, but I’m fine” is a statement that reflects a simultaneous divide and shift in the reproduction of flesh and body, indicating to some degree both form and process. I cannot believe a Leda who says she is simply “alive.” And of course, there’s that beautiful hint of humor and irony in Ferrante’s sentence that Gyllenhaal’s film misses out on. There’s the death of the author and in Ferrante’s case, it is not all that strange to bring up. But there is, too, the death of the reader. It is a death that occurs when the writer subsumes the reader, when the reader forgets to read against the author or to read the author anew. And that has sometimes been my failing.

I declared myself dead when I first read Ferrante— I had been spoken for, my body had become subject enough, my truths had been completed enough by her. Ferrante has written what I desire to write, and anything more will only be excess. Since then, I’ve been dead, but I am fine. I wonder if Leda, as she handed the doll back to Nina, found herself spoken for. I would like to think so. In Leda’s “death,” I can imagine her out of words and, consequently, at ease with language again, even survival, simply by no longer having the same access to words. And that, to me, is also a part of motherhood. Ferrante’s women, after all, are readers, writers, translators or editors in their own right; they are women who are constantly struggling with language. The last sentence of The Lost Daughter indicates both that struggle and the frail peace that emerges as a result.

I know readers of Ferrante who rage with passion for her writing of ‘the unspeakable.’ The narrative of two women in The Lost Daughter, Leda and Nina, is emblematic of that unspeakable zone where language becomes the play of gestures and glances, disguises and veils that are all too laborious to maintain through words. The unspeakable is not away from language, but the failure of it. It is difficult to imagine how one can speak in the tongue of that unspeakable zone, and yet, that is the space we all inhabit, where one can feel oneself be. I often wonder if I am in service to Ferrante, or if I let my obsequiousness as a ‘fan’ speak too often. Am I unable to go against Ferrante’s own wishes and surrender myself to Gyllenhaal’s last sentence, or even appreciate it from a distance? What is the authority of the writer? I am not sure. I will never be certain. Perhaps Leda’s last words in the film are Gyllenhaal’s attempt to read against Ferrante, to rewrite what it means to own the work of an author. Maybe her Leda, against my own desires, can be alive at the end of the story.

Devanshi Khetarpal is a Master’s candidate in Comparative Literature at New York University. She specialises in contemporary Italian literature, specifically on the works of Elena Ferrante. Her website can be found here.