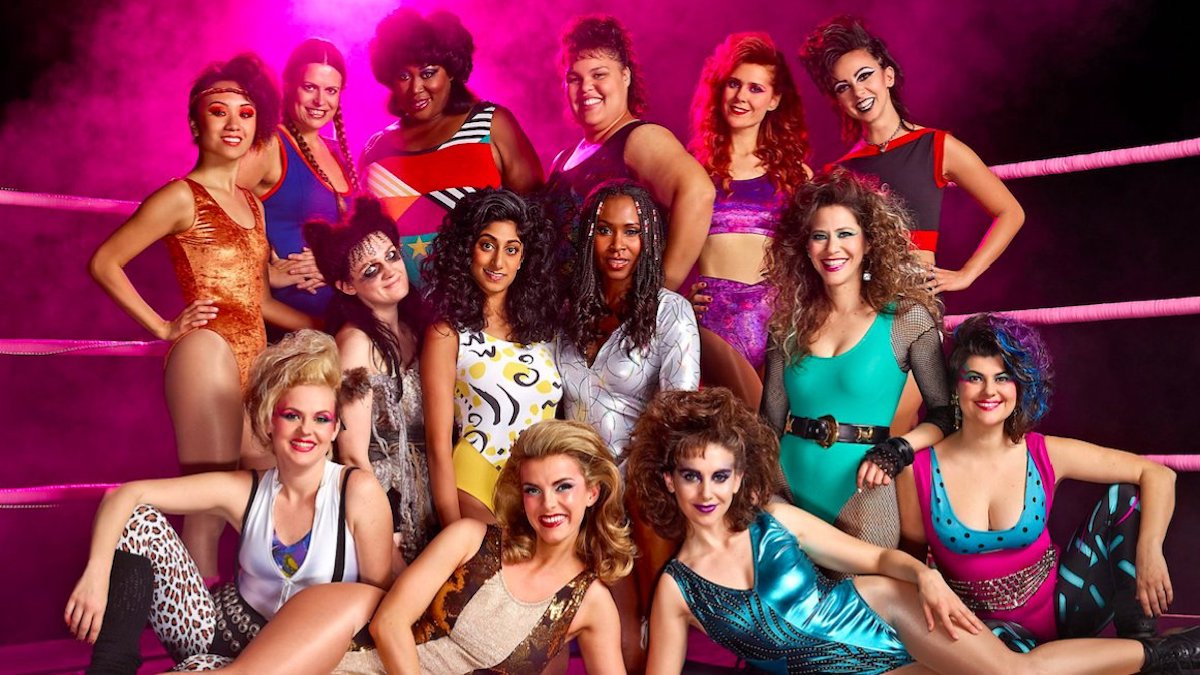 What makes a story compelling to watch? Is it the plot, the drama, the romance, the jokes or the tragedy? Now imagine a Netflix series with all of those ingredients, but better. Better how, you ask? Better because while GLOW combines all the right ingredients, it does it with a diverse group of women at work in 1985 Los Angeles; work being the set of a wrestling show, without the oversexed version of women’s wrestling that we are used to seeing. GLOW is one of those shows that unfortunately don’t come around often enough.

The show fictionalises the characters and gimmicks of the 1980s syndicated women’s professional wrestling circuit, the Gorgeous Ladies of Wrestling (or GLOW), to give us a story that is about wrestling, but also so much more.

Alison Brie plays Ruth Wilder, a struggling actress, who once read the male character’s lines in an audition (the only line for the female part was “Your wife is on line two.”)  Ruth has also slept with her best friend’s husband and mostly given up on life.

She’s hard to root for, yet you find yourself cheering for Ruth, and all the other wrestlers, almost all of whom have never wrestled before. As the women learn to wrestle and develop their wrestling personas under the cranky coke-head director Sam Sylvia (Mark Maron), you find yourself drawn to the funny, sad and joyous lives of the girls. There’s Carmen, who comes from a family of legendary male wrestlers, but isn’t allowed to wrestle; Sheila, who identifies as a wolf; Cherry, a black actress who struggles to find work because of her race, and many like them, and me and you.

GLOW is set in the 80s and the leotards, the lights and the cocaine-dispensing robot make for a good setting, but what makes the show so compelling are the very current problems these women face at work – like the voice of a female producer being drowned out, mothers being mocked for balancing their children and work, a blunt reminder to bat your eyelashes at your male bosses if you want to keep your job. These women, as they fight in the ring, and outside it, are the show’s real strength.

Rarely have we seen a show or movie portray body shapes, sizes, ethnicities and temperaments as varied as GLOW. Nobody is fat-shaming anyone, nobody is pulling other women down, nobody is objectified. GLOW celebrates women. It doesn’t come as a surprise then that GLOW was created by two women, Liz Flahive and Carla Mensch, and also has Jenji Kohan, the creator of Orange is the New Black, as an executive producer.

GLOW is literally a show created by women, telling stories about real women, but for an audience that craves drama, comedy and tragedy in equal measure. And with the show being renewed for a third season, it’s safe to say that there’s an audience for it. Who said women-centric stories can’t be entertaining? After all, isn’t wrestling a sport for entertainment anyway?

Jayanti Jha, 23, is a former TV producer, who is currently trying to navigate life in the capital with her cat, all the while reminiscing about Bandra. She tweets @JayantiJha7.