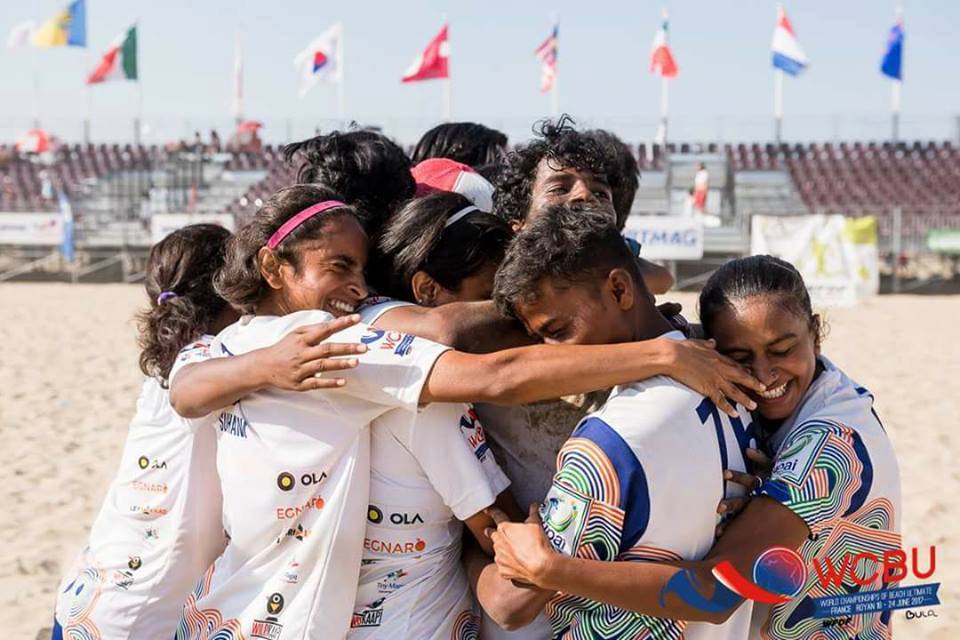 It is a sport with an international governing body, a growing number of players around the world (including India) and a set of rules that players must follow to the T. But that’s where the similarities end. Ultimate Frisbee (UF) is adding an entirely new dimension to how we understand ‘competitive’.

“Ultimate Frisbee is just one of many disc sports,” explains Suhani Bedi, who captained the Indian team at last year’s world championships in France, where India placed fifth out of 32. She continues, “But it’s the most popular one across the world.”

There is a quality of patience in her voice as she explains the uniqueness of UF to me; after all she’s had the same conversation several times with many people. Ultimate frisbee players are also evangelists for the sport, eager to grow their cult. And growing it is. There are currently about 8,200 active UF players in India.

Part of the appeal is that it’s a self-refereed sport. Bedi, who juggles a day job at an international publishing house and playing for Delhi-based team, Stray Dogs in Sweaters, tells me, “Ultimate Frisbee believes a lot in the spirit of the game… You are expected to read all the rules and come, and whenever there is a conflict on the field you are expected to talk to the players, the teammates and resolve it.”

This policy applies universally, from casual weekend games in the park to the highest competitive level. Bedi continues, “Even though we have game advisors at the international level, the players involved in the call actually have the best perspective to resolve it, that’s what the sport believes in. There’s a spirit award that is given at the end of the world championship, which holds as much importance, or probably even more importance than actually winning the championship itself.”

It is these values which set UF apart from other sports, where gaining an edge over your opponent – balancing on that fine line between fair and not – might be controversial but is still considered ‘part and parcel’ of the game.

Think Sergio Ramos mischievously taking Mohamed Salah down in the final of the Champions League final between Liverpool and Real Madrid, causing the Egyptian to rupture his shoulder right before the FIFA World Cup. And the Australian ball-tampering scandal. These things happen because the sports’ stakeholders don’t actively insist on fair play. It’s unthinkable in the world of Ultimate Frisbee.

The frisbee community in India is a tightknit group who are committed to protecting the ideals of the sport. It is also one of the few sports in the world with mixed-gender teams.

The sport clearly has its heart in the right place, and with a possible inclusion in the Olympics in the near future, it is growing from strength to strength.

Players still have challenges to navigate, though. In India, UF relies entirely upon crowdsourcing and corporate funding to send teams – the national and other age-group teams – to play tournaments to gain exposure and experience. “Funds are the biggest challenge we face,” Bedi says. “Not every player comes from very sound economic backgrounds. We spend a lot of time crowdsourcing and getting funding from various sources.”

UF isn’t just an urban Indian sport. In south India, especially near Ooty, players have used the sports as a community-building tool and also introduced it to tribal communities, using UF as a way to teach kids about gender equality. They’ve also attempted conflict resolution exercises through UF.

It is because of these underlying qualities that Ultimate Frisbee is a sport for the future. In an increasingly fractured world, it aims at understanding. After every game, both teams gather to discuss the game they just played, any contentious calls they need to talk out, and so on. Sometimes players from one team give a small token or award to the most spirited player on the other team.

In many ways, Ultimate Frisbee is the sporting metaphor for the kind of world we wish to live in. Where fair play trumps the will to win at any cost. Where there is inclusion, not ostracism. And where everyone is welcome.

Suyash Upadhyaya is a 25-year-old sports writer based in New Delhi.