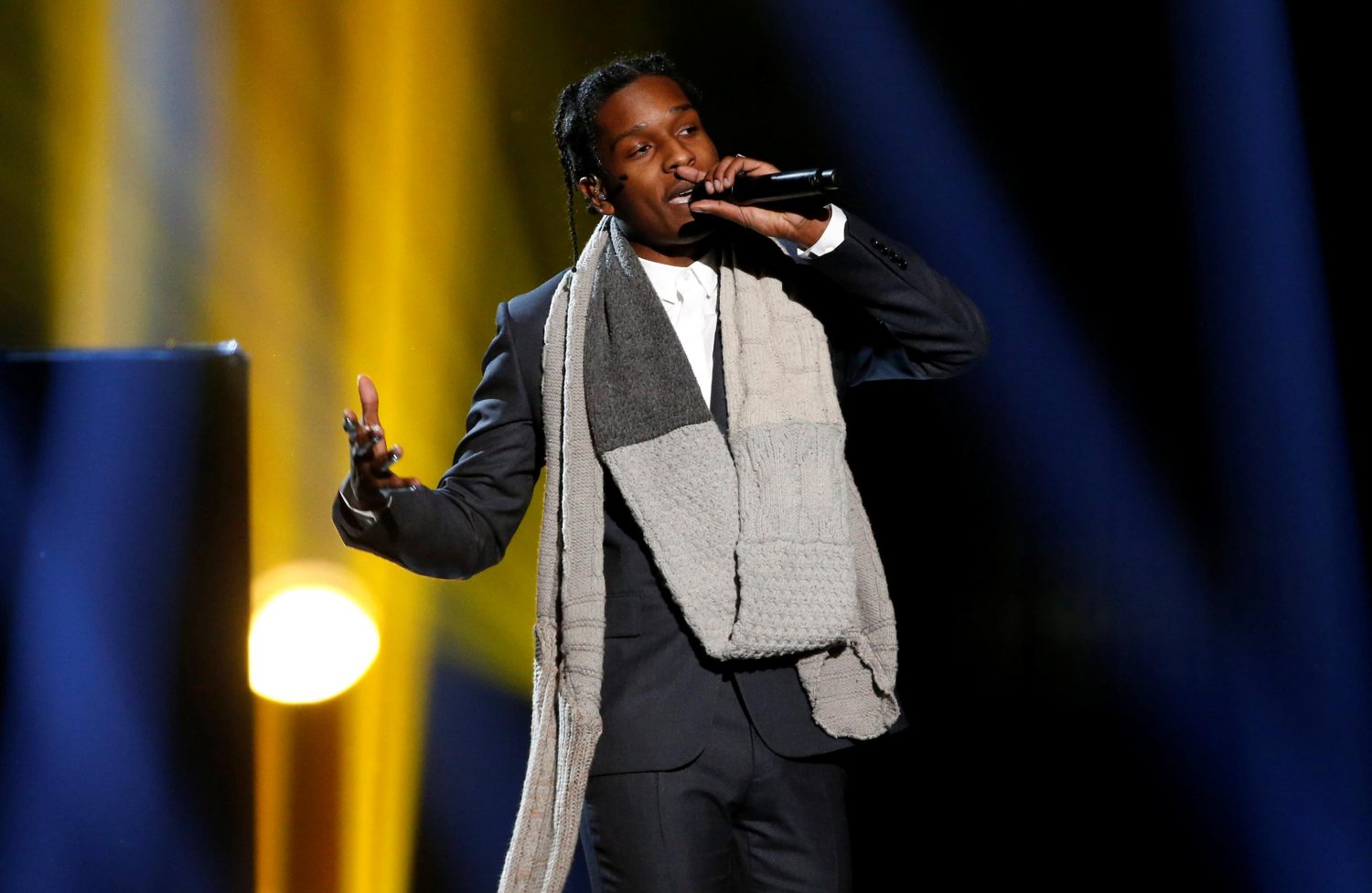 A$AP Rocky is the stage name of 30-year-old rapper, director and designer Rakim Mayers, born in 1988 in Harlem.

A member of the hip-hop group A$AP Mob, the rapper rose to fame shortly after launching his debut mixtape, Live. Love. A$AP, in 2011. Commercial success swiftly followed, leading to high-profile record deals with the likes of RCA Records and Sony Music Entertainment. His first and second albums debuted at number one on the Billboard 200 chart and he is considered one of the most influential hip hop artists on the scene today.

Rocky has also garnered plenty of fame for his sense of style and is seen by many as a fashion icon. He was the face of haute couture label Dior’s Fall 2016 campaign. He has also done collaborations with GUESS and with fashion critic favourite J.W. Anderson.

He’s the founder of a rather mysterious creative agency, called AWGE — the meaning of the acronym and the group is never to be revealed, according to rule number one of the collective.

A$AP Rocky also became the director of MTV labs, a “creative incubator” in which he has free reign to “create original content, experiment with new formats and develop branded content with the network,” according to A$AP Mob’s website. A$AP Rocky is viewed as a cultural trendsetter, not just a mere recording artist.

And why is he being held on pre-trial detention in Sweden?

While on tour in Sweden earlier this month, an amateur video published by US celebrity news outlet TMZ shows the rapper involved in a scuffle on the streets of Stockholm. In it, the artist appears to throw a young man to the grown and aim several punches at him.

He maintains it was in self-defense after he and two members of his entourage were followed and harassed, and is pleading not guilty to charges of assault. If convicted, the charges carry a two-year prison sentence under Swedish law. He’s been detained in the country since July 3 and his trial starts on Tuesday.

How did President Trump get involved?

President Trump said Friday his wife Melania first called his attention to the musician’s plight. He later spoke on the phone with superstar rapper Kanye West, an A$AP Rocky friend and musical collaborator, about the case. The two have had several meetings in the Oval Office in the past and Kanye has proclaimed himself a Trump fan.

The president has since called the Swedish Prime Minister Stefan Löfven and expressed concerns that the rapper was targeted for being African American — an apparent effort to counter recent accusation of racism against him.

In a Tweet, Trump “offered to personally vouch for (A$AP Rocky’s) bail, or an alternative.” Sweden, however, does not have a bail system and Public Prosecutor Daniel Suneson has said Rocky will stay in jail, as he is considered a “flight risk.”

Stars ranging from Kim Kardashian to rocker Rod Stewart — who also features in one of A$AP’s tracks — have demonstrated their support for the rapper.

An online petition called #JusticeForRocky has garnered more than 630,000 signatures and some have even launched social media campaigns encouraging fans to boycott Swedish brands like IKEA.

This article was originally published on Deutsche Welle.