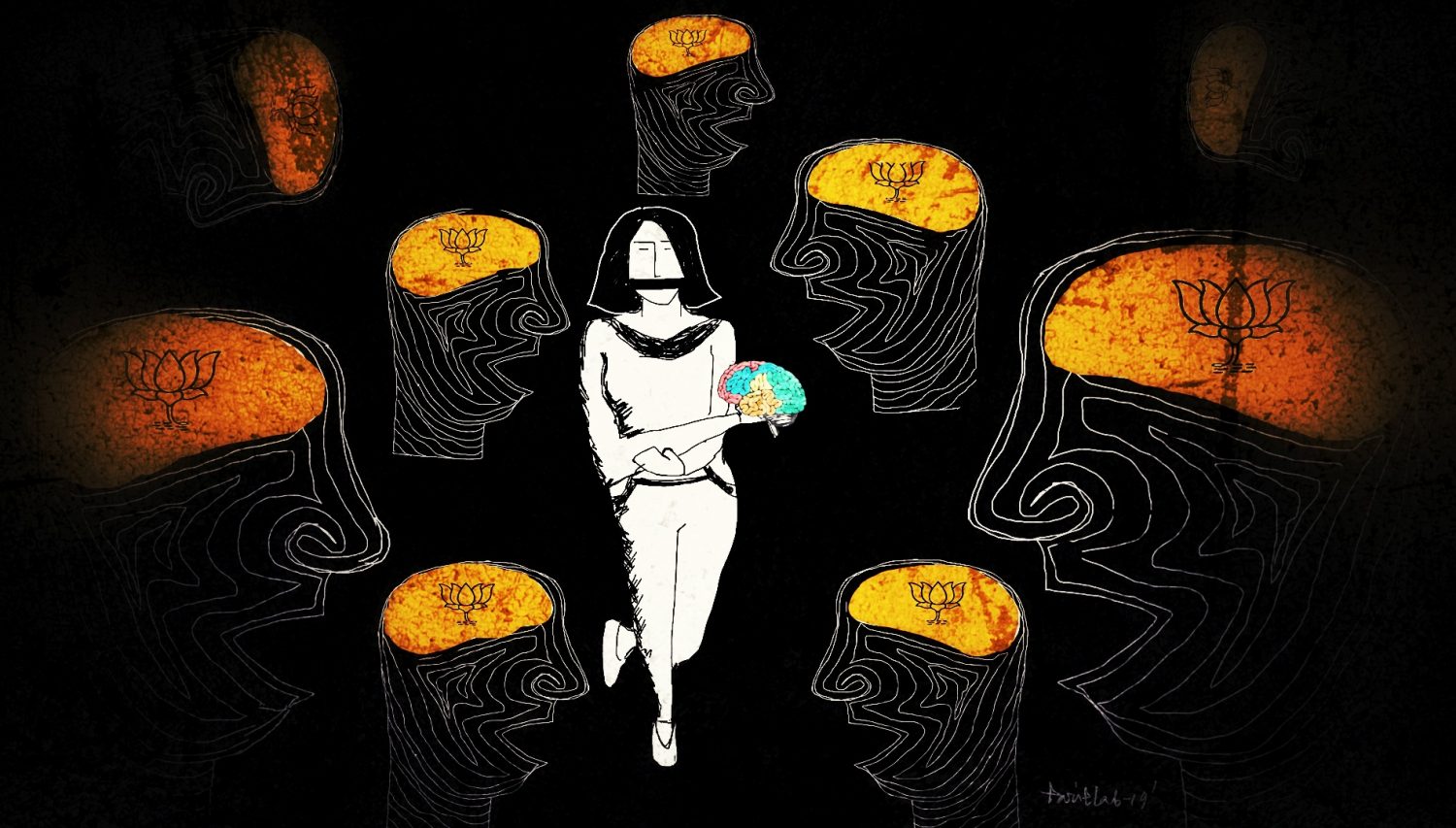 An aunt I’m rather close to, recently messaged on our family group that her youngest niece was “throwing away her achievement years” (sic) indulging in two highly condemnable activities. I am her youngest niece, and one of the two things she reckons I am wasting precious time on is being critical of the government. She chose to call it “Modi bashing.”

Honestly, I’m not very sure what “Modi-bashing” means. My aunt, however, made it sound like I had been gripped by a bad habit like I was smoking tobacco or hanging out with naysayers. She might as well have held up a placard saying: “Criticising the BJP Government is Injurious to Health.” She and I have opined differently on multiple occasions.

I have been very vocal about my political opinions, and hence, she is convinced that I am throwing away my “achievement years”. Incidentally, she had been rather proud of me when I had modelled in a pimple-reducing face-pack commercial.

But this aunt isn’t the only person who looks down on me now and makes sure to let me know. On the comments section of one of my Facebook posts, a dear former teacher lamented how “a sweet and talented girl,” who she had known since class 8, had “turned into this.” By which, I’m assuming, she meant the “sweet and talented girl” had grown into an opinionated 23-year-old, with a mind of her own, and a willingness to speak truth to power, and regrettably so.

A few days and a couple of Facebook posts later, the former teacher severed all ties with me, but not before letting me know that she had once thought of me as a daughter and how gravely I had “disappointed” her. The posts in the comments section of which we squabbled had all been condemnatory of the BJP government.

A friend as critical as me, and possibly more informed, recently received a phone call from a family member telling him that a bunch of cousins, uncles and aunts and family friends have begun to detest him. He writes extensively on the NRC, the Citizenship Amendment Bill, refugee rights and India’s foreign policies, among other subjects. His “well-wishers” back home have hence started referring to him, with much disdain, as a “congressi” and a “communist.”

When we think of an attack on free speech, we normally think of jailed journalists, lynchings, murders and gag orders. With the UP police hunting down journalists on a miffed Yogi Adityanath’s orders, and nationwide raids and attacks on scribes who don’t favour the ruling regime so much, it even makes sense to do so.

But gagging begins at home.

When we don’t conform to the jingoistic and divisive fervour that began to subsume our country in 2014, we dare to go against the people we love. When that happens, we become susceptible to more hate than we are ready for.

It is one thing to be bullied by anonymous or distant trolls, it’s an altogether different ballgame to be trolled by those who matter to us. Donning a garb of concern, the latter is personal, unrelenting and makes you question your life choices and self-worth. And, maybe, that is the intent behind it.

Also read: My Parents Don’t Like That I Have Political Opinions – And That’s Not Okay

BJP’s army is strong and unfettered. The vicious attacks that may have begun on Twitter, have spilled into our homes and our family-lives. We live among trolls. Fake news takes precedence over facts, and if an informed citizen wishes to counter it, she is blocked by propaganda transmitted through WhatsApp messages or silenced by the shrieks of angry news anchors emanating from our television screens.

Bigotry and the communal disdain that was previously expressed in hushed dinner table conversations, has now been normalised and accepted in regular discourse and even in Parliament. Anyone who doesn’t buy into it is ousted out.

Another friend, back home on vacation, has been arguing with her family on politics and policies to an extent that it is taking a toll on her emotionally and mentally. So yes, perhaps criticising the BJP government is, indeed, injurious to health.

But how often does one see bacteria warning against the plague?

The cause of the problem should maybe back off a bit, before attempting to caution us.

Mekhala Saran is a student of law, a freelance journalist and a poet. Find her on Twitter @mekhala_saran.
Featured image credit: Pariplab Chakraborty