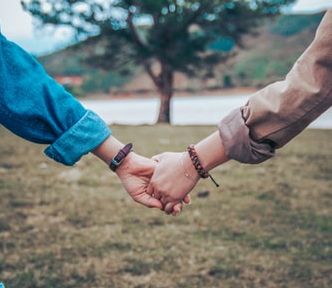 I’ve surrounded myself with people who love closure as much as you’d expect a kid to love vegetables – they don’t.

Falling out of friendships without knowing what went wrong is similar to finding your bags lying on the street when you get home and the house empty and locked. No one is ever coming home again, but you won’t be allowed to wait inside either.

Some obliged me with a ‘I don’t keep a diary of your mistakes’, and others simply ghosted me. I sat there wondering what must have been so terrible that they wouldn’t tell me.

Fights in school were a lot easier, for the simple reason that people at least thought it was okay to tell you why they didn’t wish to speak with you. It was heartbreaking – as any sadness seems like at such a moment – but you had an opportunity to fix your mistake.

When adults get into bitter arguments, more often than not, they just stop talking.

You’d think I have mastered the art of living with sudden silence from the other side, but no. I still find myself seeking closure as if I were asking Santa to get me a unicorn – except now I know that both unicorns and Santa aren’t real. No one is listening.

Also Read:  What Goes Into a Toxic Friendship

There are no complaints for people who left without a word because no matter what I say, it won’t really matter. So sometimes the finger starts pointing inwards because maybe I did do something so horrible that they won’t talk about.

My best friend ghosted me a long time ago and while that isn’t really the issue, I wish he’d have at least told me why. There was no one moment when I remember it happened. The subscription to my friendship was cancelled but no reason was specified. Was it me? Was it you? Did you find new people?

So, I did what I knew best, I tried to find out. How would you expect an answer if you don’t ask the question, right? Wrong.

I tried tirelessly for months initially to fix what was broken and then to find out why it broke in the first place.

I’d have found the gold pot at the end of the rainbow if I’d have tried that hard. It’s not people leaving that hurts, because once you’re an adult you’re expected to know that not all friendships will last a lifetime and that five best friends are not a real concept.

But no one prepares you for the silence. Even dying men get their last words, but friendships must die quietly because one person decided so.

For the years to come, I made it a point to always let people know why I was leaving if I did. No matter how uncomfortable it made the both of us feel – those few moments of discomfort are better than years of doubt.

Also Read:  The Confused Grace of the Heart: A Poem about First Love

Only now do I realise what happened and the way it did.

And this makes me see how people are still really just kids. When children make a mistake and you ask them why they did it, they don’t have a reason because nothing is good enough and you are forced to leave it at that.

That is my friend. He couldn’t come to terms with what happened so there was no way to know why it happened and I certainly didn’t push it over the edge.

My friendship died quietly and that hurts.

The fact that it’ll never say anything and closure is an abstract concept doesn’t help. But I guess that’s okay because at least it lived a full life while it lasted.