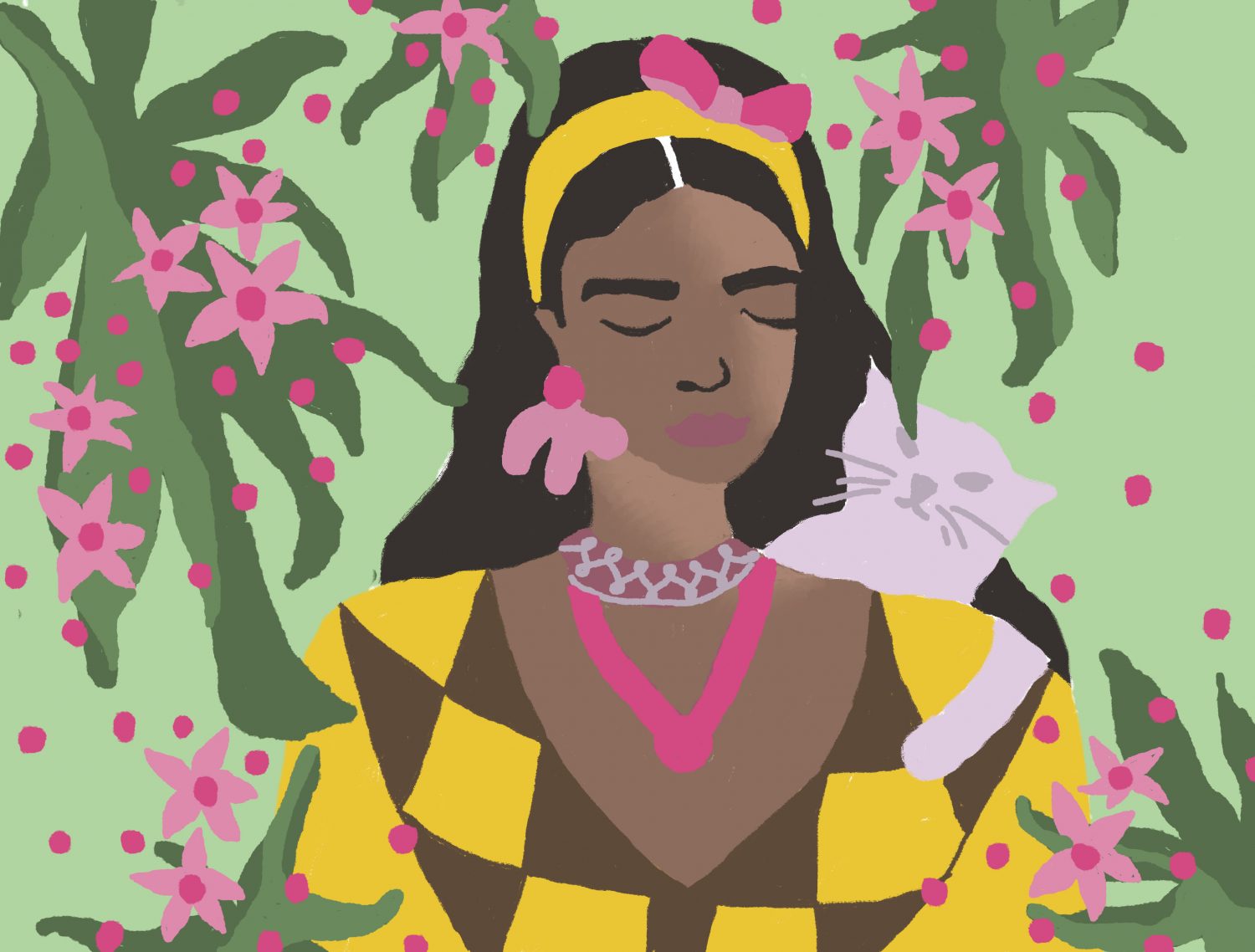 Somewhere in the midst of a routine and useless conversation, a friend of mine called me ‘hardworking’. I took a screenshot of that message to keep it as a memory of something I vehemently disagreed with. Because for as long as I can remember, I’ve never thought of myself as hardworking.

In my own head, I was always a rather lazy person, slowly beckoning towards my next cup of tea.

I remember coming home after school when I was about 11-years-old, and habitually turning the computer on to play music and dance alone in my room. Soon enough, the music would stop and be replaced by a book and eventually sleep.

I recall going to a friend’s house one particular day in the evening to ask her if she wanted to go cycling with me. Her mother stood at the door sternly, not willing to let me in. “She’s studying right now, once that’s over she’ll be out to play,” I was told seconds before the door shut on my face. I walked back bemused. There were no exams coming up, what was there to study?

My parents worked all day, so no one asked me to study. I did whatever pleased my heart. My mother would inquire what happened on school each night, and I would squeakily describe my largely uneventful but exultant day.

As I grew older, I began telling myself that this holiday living will have to change. I watched with horror as my sister sat through several nights of no sleep while she studied at an architecture school. By this time, I had started occasionally chirping about wanting to go to art school and, naturally, I was told that I, too, had to prepare for sleepless nights and relentless work.

When I started college, it was extremely common to hear the word ‘productivity’ thrown around in every sentence uttered. All my friends would hold Netflix binging until after submissions. They wouldn’t read books while working on assignments, because it was distracting and addictive. And here I was, unable to function unless I listened to a podcast, or watched a show. I was constantly doing things that were ‘unproductive’ and a waste of time, supposedly.

In the second year of my college, this erratic inner dialogue of mine had already manifested itself in writing becoming one of my core modules in college, besides illustration. But I still couldn’t plan things to not ‘waste time’. I sheepishly swallowed my guilt when conversations with friends took a ‘productive’ turn.

This guilt that I nurtured was of a weird and contradictory nature. Because all of this ‘waste of time’ never adversely affected my academics. Yet, there was a sense that I wasn’t working enough. I wasn’t staying up till 4 am, I wasn’t struggling with life; I was not feeling busy enough.

I soon realised there is a certain madness that has taken over us; an enormous stride of materialism overruling our joy.

Because if we rewind for a second and think about the things that are termed ‘productive,’ they are all inevitably tasks that can be monetised. No one can make a living out of watching TV shows, or reading books, or daydreaming. So, they must be useless and unworthy of our attention.

I constantly engage with friends, family and acquaintances who decide to boycott all ‘distractions’ and cram themselves in front of the laptop for days trying to work and come up with ‘ideas.’ This sight has never stopped amusing me.

Today, I see the glaring inconsistencies with this image even more clearly.

It isn’t half as productive as it claims to be, simply because it almost denies each one their autonomy of defining what productivity is. And more importantly, how can you be productive and come up with thoughts and ideas, if your mind has not been fed? It’s like trying to exhale without having inhaled in the first place.

I used to keep telling myself that I’m very lucky when it comes to ideas, until I realised that it wasn’t luck. My mind was just well-fed. Every single piece of work that I have done academically or otherwise would have been impossible without all the words and the joy that I was consuming at the time. It is important to ask ourselves how something that nourishes and enriches our brain (be it a book, a movie or whatever) can be termed unproductive?

It is deeply problematic to view productivity from a monetised lens on so many levels, but mostly because it conveniently puts our self-worth and joy at a lower pedestal. And it is self-depricating to not allow ourselves to be nourished and happy. We must all, at some point, stop and ask ourselves in the words of Mary Oliver, “Tell me, what is it you plan to do with your one wild and precious life?”

I, for one, certainly don’t want to live a productive life, if it means giving up my joy.

Anjali Menon is studying at Srishti Institute of Art Design and Technology. I like to write, draw, and read. Previously published with Feminism in India and a regular writer for The Ladies Compartment.