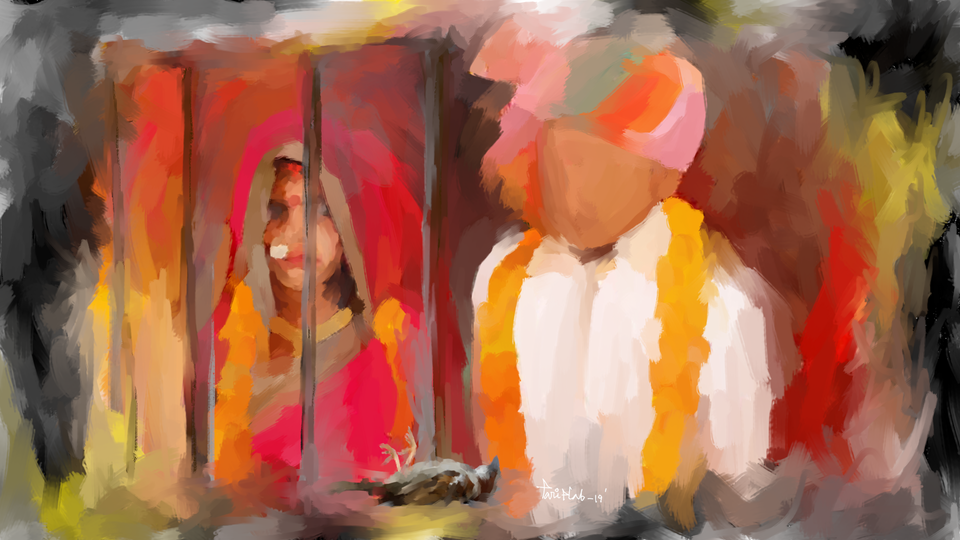 Last October, I interned for nine days, a seemingly insignificant period of time, at the Office of Mr. Harish Chandra Meena, the Member of Parliament of Dausa. Now, stop visualizing a white-walled office and me sitting at a desk with a laptop. That was actually a very small part of what I did.

My internship involved travelling to rural Dausa and creating awareness about higher education for women in the constituency. At Dausa, only a few hours away from our national capital, the social realities are very distant.

Most girls are sent to government schools while boys are sent to private schools because parents are unwilling to invest in their daughter’s education. Incentives like free cycles and mid-day meals drive attendance. People continue to have children until they have a boy, so families with say, six daughters and one son are common.

Here, we were trying to convince parents and teachers that they should send their daughters to higher education institutes like Delhi University. Many women in here go to colleges in Dausa itself, but actual employment and financial independence for these women is a distant reality.

What affected me the most, perhaps, was that most girls I interacted with were already married or engaged. They lived with their parents until the gauna ceremony which usually takes place when a girl is in her early twenties. This prevalent custom is resultant of the fact that families want to get all their daughters married at the same time, conducting only one ceremony significantly reduces the money spent on their daughters’ marriages. But this means younger daughters have to be married when their eldest sister attains marriageable age.

Also read: ‘On The Edge’ – our series on caste-based discrimination on campuses – On Realising My Inherent Casteism at an Art Collective

The biggest problem with this practice is that it creates a roadmap for women’s lives, limiting them to the domestic realm. The significance of our intervention, encouraging people to send their girls to higher education institutes, was that it aimed to change this roadmap.

And changing the roadmap seemed close to impossible. I often felt I was addressing blank faces of children and adults who saw only the magnitude of the barriers to women’s higher education and the unlikeliness of the prospects I was describing. Teachers and parents would point out that agricultural poverty makes higher education absolutely unaffordable.

So, we armed ourselves with government schemes that provided any financial support to the girl child, compiled everything in a booklet – this was how we created ‘Disha’.

It opens with ‘myth-busters’, tackling the popular myths that we encountered. For instance, investing in a girl child’s education is not fruitful because she will become a part of another family.

After our interaction with female students, we often collected feedbacks. I distinctly remember one of the feedbacks, that said, we should not have asked girls to introduce themselves loudly in class. You can imagine the limited nature of class interaction or learning that takes place when most girls cannot even be heard in class.

Freedom of speech is not simply denied to women, it slowly withers away in young girls. This is only a small instance of the role played by socialization in recreating patriarchal culture. Women don’t rebel because they are socialized otherwise. (I would like to point out here that I do not know what the women of Dausa want or if they see this as oppression. I do not think I speak for them.)

My primary learning from this internship was a change in my world view. It is not that I had not been to a village before. But visiting a village and staying with your relatives is very different from interacting with local people. I had simply never considered the lack of rural women’s access to higher education a problem. I had believed that ‘things would change with time’ and that development would ‘trickle down’ form the city to the village. I had seen the village being ‘backward’ as natural despite the fact that 70 per cent of the Indian population lives in villages.

I understood that social change requires real intervention. A majority of the people in Dausa belonged to the SC/ST community, it was there I understood the true importance of the reservation system in India and also its inadequacy. There is no means to finance the education of SC/ST people, scholarships are few, cover only partial expenses, and the money also comes in late.

Practically, I learnt how to interact with different people, be it in a rural atmosphere or an urban office. I also learnt the importance of knowing Indian languages and somewhat understood hegemony of English in India, a lesson I value as someone who has always read in English and is now studying English Literature.

It was also an opportunity for self-discovery. We were at a press conference discussing our project and a lot of stakeholders from the education sector in Dausa had been invited. I had noticed that except the volunteers for this project, no woman was present and I pointed this out to everyone when I got the chance to speak.

After the formal conference was over and an informal conversation took over, one of my friends asked me if we should leave. Believe it or not, I said, “Women have got political space after a lot of struggle, I am not leaving.”

I learnt that I am more aware of gender differences than most people. I also received a lot of helpful feedback from the people I worked with. Some of them, for instance, pointed out I interrupt people while they speak and I have since worked on that habit. I also gained a mentor figure which has been very valuable. I also received positive feedback about my sense of responsibility and their little praise went a long way in boosting my self-confidence.

Khushi Agarwal is an English Honours student from Miranda House, an occasional writer and often volunteers for women and child development work. You can find her on Instagram at khushiagarwal99