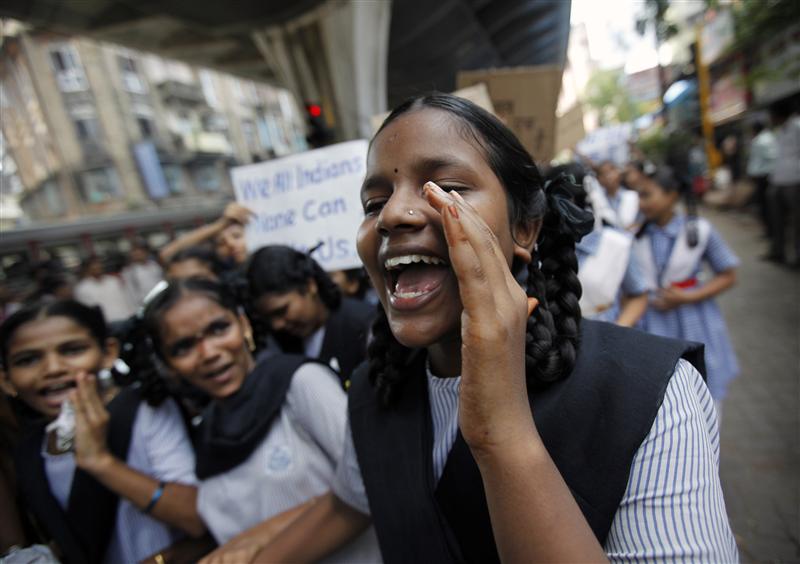 ‘Modern’ education is adding to the problem of gender-related crimes – and it needs to stop.

Like many other girls in our education system, I am tired of being treated as an object and being grateful for something as basic as education.

A few years ago, a close friend had to give up her dream of being a doctor and settle for a subpar education just because her school complained to her parents – not about her academic performance or behaviour, but the fact that she talked to boys at school and needed to “be controlled”.

I saw an ambitious individual being stripped off her right to education and being told to settle for something she didn’t want – and nobody objecting to it.

Her parents told her be thankful that they had let her get an education at all and told her that her actions, although understandable, had tarnished theirs and her reputation.

Schools and colleges are supposed to be places which empower students and help them break free from social and economic shackles. However, our academic settings – much like our families – teach female students to uphold family honour instead of teaching them independence or supporting their ambition.

Teachers expect students to behave in a certain way and respect only those students who fit a certain archetype. They have different definitions of ‘normal behaviour’ for boys and girls – and what passes as acceptable from a man, quickly becomes ‘delinquent’ when a female student does it.

We are policed for the kinds of clothes we wear, interrogated about our relationships with men and asked to maintain physical distance from peers. On top of that, there is the constant threat of being expelled if we don’t comply with the exhausting list of rules set imposed on us.

Also read: Schools Need to Stop Shaming Girls for the Length of Their Skirts

My female friends and I are always under constant moral vigilance from our teachers. Over the years, both schools and colleges have propagated a set idea of an ‘ideal female student’ and simultaneously sidelined the girls who speak loudly, interact with male students or dare to dress up fashionably or put on makeup.

Such rules actively discourage students from expressing their individuality, instead rewarding them for conforming to random, restrictive rules.

If your teachers constantly treat you differently for being your natural self, you start doubting yourself and fearing that your education might be stopped midway if you don’t comply.

Stop policing us! Teachers’ personal biases are dismantling the safe spaces that schools are meant to be.

Schools and universities are places where you are supposed to learn how to challenge the system, not where your growth is hampered. However, by allying with a system that traumatises women, you are sidelining the very essence of empowerment.

When you call us immoral for interacting with male students or call boys ‘casanova’ for having female friends, you teach them that women are objects to be owned and showed off by men, not agentive human beings. Moreover, writing off girls as bad students just because they hang out with men, teach women to think that their interactions with men define their potential.

I am tired of living with the constant fear of punishment for breaking one of your arbitrary rules about what defines right and wrong. Students deserve better. The world’s moving forward rapidly, you should keep up.

Misbah Ansari is an 18-year-old student from Maharashtra.