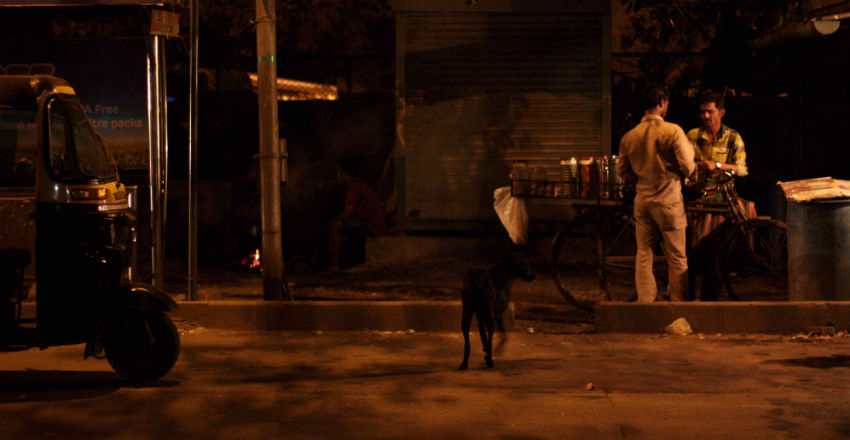 Mumbai: He scans the small crowd around us from the corner of his eye. Once he’s sure that nobody is eavesdropping, Pyare Lal (name changed) tells me that for the last decade or so, he has sold tea and cigarettes on almost all the traffic signals and nukkads along the 2 kilometre stretch between Shivaji Chowk and Chembur Naka every night. The number of cigarette and tea sellers, however, seems to be depleting rapidly. Where there used to be around half a dozen of them in June last year, only two now operate at night.

“There is night patrolling. The police come to check, according to time. Say, by 1 in the morning we have to shut shop. Otherwise, we’re fined,” says Lal. For someone whose daily earning is Rs 800-1000, a fine amounting to Rs 1250 is quite heavy.

“The fine isn’t as much of a worry for us. It’s the way it’s extracted that we fear more,” says Ram, another late-night cigarette peddler on the same road.

If caught by the police, the peddlers are detained for the night and have to pay a fine to be released the next morning. However, they can’t take their bicycles and goods to the police station. The police aren’t responsible for any losses.

“By the time we come back in the morning, nothing’s left. The cycle’s gone, the maal’s gone. It becomes a double fine,” Ram says. Police harassment of hawkers isn’t uncommon either. Ram adds, “The sahib has changed now; the one who was in-charge earlier used to beat us up. He’d first use his lathi and only then ask questions. At least that doesn’t happen anymore.”

When asked about police protocol for late-night street vendors, sub-inspector Tanaji Narayan Pawar of Chembur police station said that they check vendors’ licences and bring them to the station if there’s a complaint or if “something is amiss”. Cases, if filed, come under Section 102 of the Bombay Police Act, 1951, which pertains to causing obstruction on the street. Pawar says such cases don’t happen “very often”, while adding that he doesn’t “know of any such vendors operating in the area”.

Legally, street trading, like any other occupation, is a fundamental right. Forced eviction of hawkers and street vendors without prior notice infringes on Article 21 – Right to Livelihood. Depriving them of this right is a step backwards in terms of urban poverty alleviation, and also raises pertinent questions about the ownership, design and character of streets and public spaces.

In order to protect hawkers from harassment by police and civic authorities, licensing was implemented. However, this doesn’t offer much relief to people like Pyare Lal or Ram, as obtaining licenses is far more difficult in the case of night businesses.

“I’m not doing anything wrong,” Lal says, “I don’t want to get into unnecessary fights or arguments with the authorities. I obviously don’t want to pay fines either. The only way to avoid these things is to make a move the very minute one sees them. Once I’m walking on the road, they can’t do or say anything. Then I’m just walking on the road like anybody else. They can check my things, that’s fine. They won’t find anything objectionable.”

While this might work for Lal – all of his belongings are placed on his bicycle – for others like Ram, with their small stoves and breakable glasses, fleeing isn’t really an option. “That’s why I sit in a corner and don’t use any light except a small bulb. I try to hide as much as I can; sometimes it works, sometimes it doesn’t. Just to give you an example, last year I was taken to the police station around five times in a single month,” he says, peering ahead as if to check for some sign of trouble. “But this is how I earn my bread and butter. I can’t think of any other option but to keep changing my location every few days.”

For now, these late-night peddlers have no choice but to continue with the same routine – no unions want to take up their cause as night businesses are considered ‘risky’. “What option do I have but to take each night as it comes. I do what I have to do and pray that I don’t get into trouble, that’s it,” says Ram, putting his glasses away, behind a makeshift rack made out of soda bottle crates. “It’s been a good week, you know. I was questioned only once. The policeman seemed to be in a good mood so he let me go. Just took a free cup of tea.”