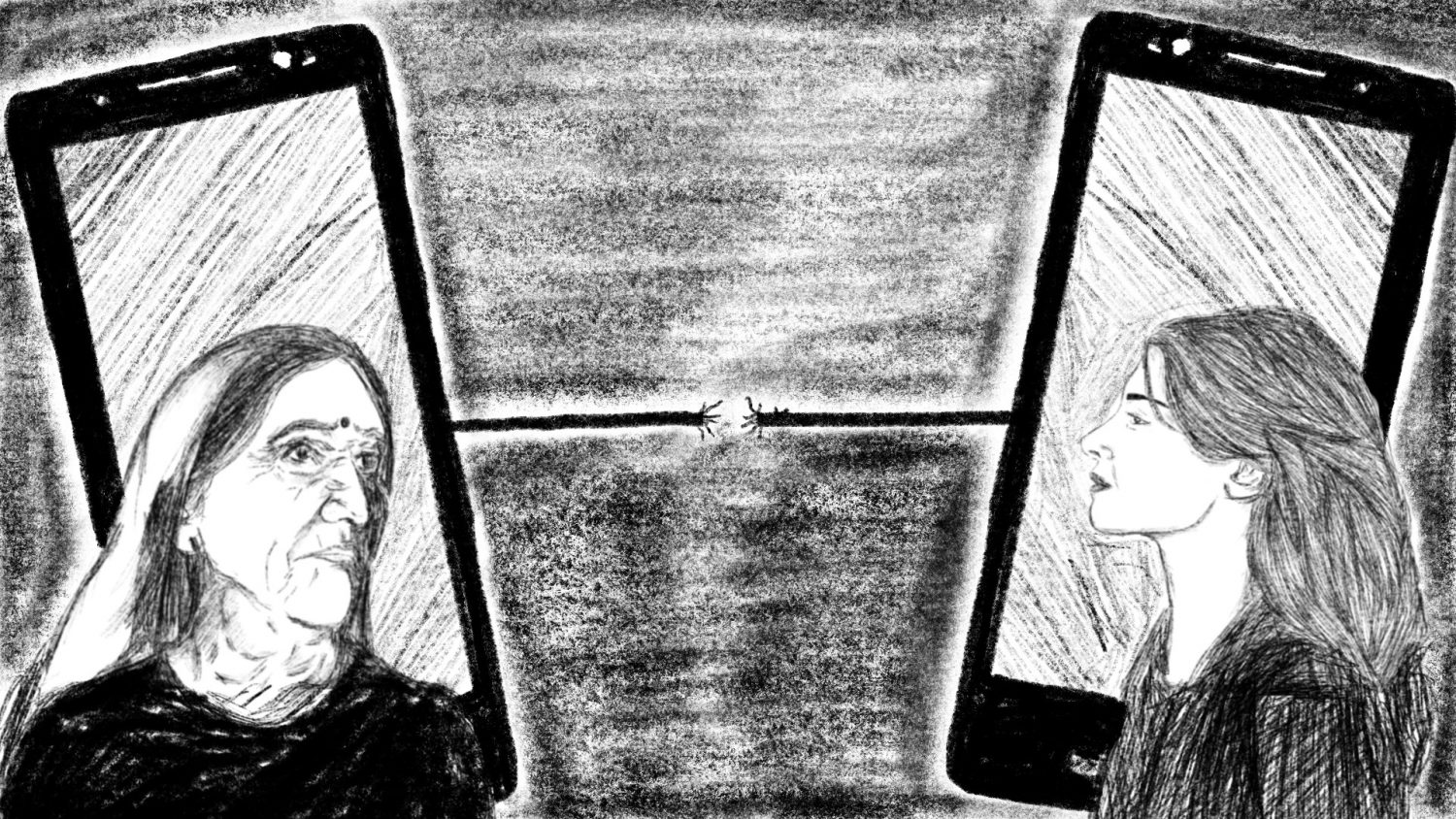 A couple of weeks ago, a mother stopped receiving phone calls from her daughter, a PhD scholar at Jawaharlal Nehru University in New Delhi.

She tried different ways to connect, but failed. Messages sent on WhatsApp went unanswered. Alternate numbers also didn’t work. There was no communication whatsoever between the two for almost 15 days.

This isn’t a story from Kashmir.

It is about a mother in Lucknow and her daughter in Delhi – separated not only by geographical distance, but also by ideologies. This is a story of what most drawing-room discussions outside Kashmir are like, wherein the parent supports the reading down of Article 370 and the child does not.

“Okay, fine, let’s stop talking on every platform and see how it works out,” the daughter said, tired of trying to make her point about why what’s happening in Kashmir with the communication blockade is wrong.

Then, 12 days passed without any communication between the two. “My mother was pretty disturbed and couldn’t believe how I could take such an extreme step just like that,” the daughter said.

A few days later, a phone in their Lucknow home finally rang.

Speaking to LiveWire, the student recalls the two weeks of zero communication, her mother’s inherent biases and how people find comfort in hatred.

The daughter isn’t sure whether her mother would still call the internet blackout ‘no big deal’ but is hopeful that this would perhaps prompt her to think about what it feels like to be completely cut off from your loved ones for days.

However, she doesn’t wish to blame her mother. “You can’t really blame your parents. They have grown up seeing a very different world and hatred for a certain community is kind of ingrained in them. It’s not entirely their fault,” she said.

It is her “bias”, she says, which makes her mother buy into popular narratives justifying the scrapping of Article 370 in Jammu and Kashmir.

Also read: For Kashmiris in India, War is an Everyday Meal

Though the family has always lived in a Muslim-dominated area in Lucknow where her mother, the student says, has lots of Muslim friends, enjoys Mughlai food and wearing shararas.

“But there was always an inherent distaste towards the community and a belief that ‘they can’t be trusted’,” she said.

Over the years, she says, this “distaste” has morphed into an inexplicable hatred.

Recently, when a Muslim girl came to stay as a paying guest at their place, the mother initially didn’t approve. The girl was eventually asked to move out when she started “misbehaving”.

“You can’t trust these people,” the mother had said.

The daughter, however, disagrees.

“She [the Muslim girl] might have ‘misbehaved’ but that doesn’t mean you start hating her entire community. Would my mother have reacted the same way if the girl was a Hindu?” she said.

These biases, she says, stem from the loads of (mis)information her mother, and other family members, have been exposed to on an everyday basis – through WhatsApp forwards, prime time news debates and peer-to-peer discussions. This, the daughter believes, has intensified over the past couple of years.

She remembers how sweets were distributed on the day Balakot air strikes happened, and on August 5 – the day when Kashmir lost its special status and the communication blockade began.

‘The comfort of hating’

Earlier, the mother wasn’t very vocal about her hatred. The biases, the daughter says, were there but weren’t as pronounced as they are now.

“My mother wasn’t like this before. I would sometimes ask her about the prospect of marrying a Muslim man and she would just casually disapprove. And then life went on. But now she – just like others – is very open about hating members of the Muslim community because, I feel, hatred is very comforting,” said the daughter.

In Lucknow and other parts of the country, the daughter says, there is a general belief that Hindus are the original custodians of India and Muslims are merely guests who need to follow what the majority says. “This is what is most problematic,” said the daughter.

Also read: I Am Not a Kashmiri, but I Am Sorry

In general, it has been comforting for the Hindu majority to know that there is a government which is working towards pushing so-called ‘outsiders’ away, she said.

“I have heard my mother say things like ‘I am scared of living among Muslims here in Lucknow. I am relieved that this government is in power and they will save us’,” she said.

In a nutshell, the daughter explains, this hatred is being turned into a solution to all kinds of problems afflicting this country.

“Hatred towards a certain community gives a straight narrative as the answer to all the problems in the country, it is something that could be solved (by driving away all the Muslims), therefore people are satisfied that they could do something about the endless issues they face everyday, take that away and they don’t know what to do about the problems in their lives, in the country,” she said.

The daughter, however, likes to keep her hopes up.

She believes that this experiment might help her mother, and others like her, abandon the comfort of hatred as well as their biases to actually begin understanding the gravitas of the situation.

When she tweeted about the experiment, many reacted to it positively and saw it as one way to make an argument. Other trolled the students with endless comments filled with hate.

In the very least, the tweet and the experiment – right or wrong – has triggered a much-needed conversation.

While the mother finally spoke to her daughter over the phone, there are many in Kashmir who are still waiting for their sons’ and daughters’ phone calls – for more than 50 days now.

Thus, in reality, peace has yet to be restored.