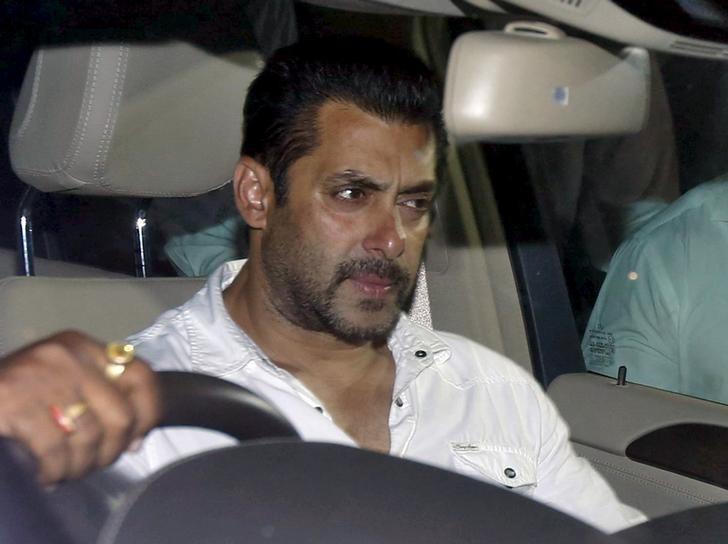 This article originally appeared on April 8, 2018.

Bollywood’s tradition of defending and, perhaps, nurturing criminals is utterly disgusting. The way the entire celebrity community has come out to support Salman Khan and chide the court on its otherwise positively-received judgment shows how the industry still lacks a sane voice. Khan got a jail term of five years for killing a blackbuck. For some, the punishment might sound harsh and disproportionate to the crime committed. However, the public’s disapproval of Khan isn’t just about this one crime, it’s based on the notion that Bhai has allegedly gotten away with a plethora of other crimes – including running over people with his car, poaching chinkara and violently attacking Vivek Oberoi and Aishwarya Rai.

This brings me to the realisation that defending, supporting and shielding criminals is a part of our culture.

Let’s look at it this way, 36% of all parliamentarians and members of legislative assemblies are currently facing trials for criminal charges brought against them. In Uttar Pradesh, Sangeet Som (who was booked under the National Security Act in 2013) is now a minister. Who elected these people as our representatives? We did. It is us – the open-hearted public – which magnanimously forgives people allegedly involved in commissioning crimes and rewards them with democratic responsibilities and accolades.

It’s fascinating, and inexplicable to me, that a society which supports capital punishment, on one hand, is so willing to forgive criminals on the other. It seems all one needs to do to seek redemption is engage in a minor display of charity.

The friends and fans defending Khan are not alone in their desire to protect a convicted person, they’re part of a larger cultural trend – social engineering if you will – where people refuse to dissociate a person’s actions from their perception of that person. This practice is visible in every aspect of our lives, especially within our own homes. So many of our families shield a criminal, a molester, a rapist, a paedophile, an extortionist.

Our comfort with shielding criminals is partly to blame for the continuing ubiquity of practices like dowry. Finding a wedding in which no dowry was involved is probably as rare as finding a koala bear on the subcontinent.

According to data from the National Crime Record Bureau, 94.6% of rape survivors knew their assaulters before they were assaulted. In the majority of rape cases in India, the accused is a close family member or a relative. It’s practically impossible to assume that none of the family members in such situations were aware, or at least suspicious, of what may have happened under their roofs, within their own families. And let’s not forget that these are only the reported numbers, countless cases go unreported due to the stigma that comes with sexual assault accusations and the damage it may cause a family’s honour.

Most of us have experienced that awkward conversation with our fathers after an uncle or another relative becomes the proud owner of a Toyota Corolla around the time he gets married, courtesy his in-laws. Our fathers brush it off with comments like, “Shaadi mey ye sab chalta hai, apni khushi se diya hai” (This is acceptable during weddings, they’ve given it to him willingly).

Sometimes – and admittedly, this is a generalisation – our own family members fail to call a spade a spade, or a thief a thief.

Be it politicians, relatives or friends, we seem convinced of the notion that someone we know well can do no harm. Or, whatever evil they have done, isn’t actually evil. This idea itself is a social evil, the repercussions of which lead to implicit support for domestic violence, marital rape, dowry and other practices.

Prateek Gupta is a 22-year-old, fourth-year law student at the University of Allahabad.