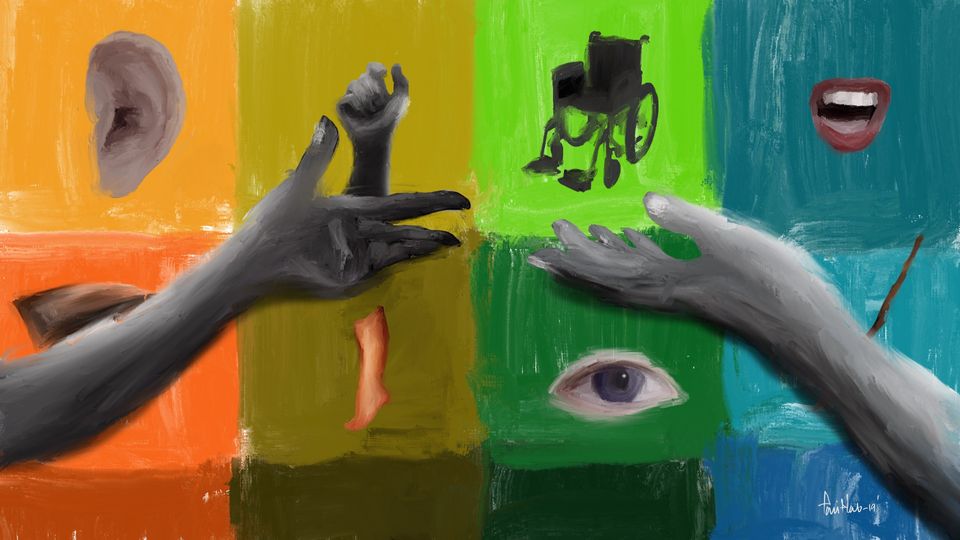 Indian laws manifest ableism – a belief system that persons with disabilities are incompetent and lack credibility.

These laws are drafted by the able-bodied who rarely understand the experiences and challenges faced by the persons with disabilities.

This amalgamation of ignorance and ableism excludes the People With Disability (PWD) from the mainstream and aggravates their disability which directly stems from social and institutional barriers.

Both these laws disqualified persons with leprosy, hearing impairment and speech impairment from contesting in local body elections. These laws sadly assailed and questioned the legitimacy of PWDs and were in direct contravention of the right to equality before enshrined in Article 14 of the Indian Constitution.

A recent Bill enabling persons with leprosy, hearing impairment and speech impairment to contest in local body elections has been passed in the Tamil Nadu assembly. This is a welcome change but persons with disabilities are yet to achieve the constitutional dream of equality.

The mere existence of laws that perpetuate discrimination against people on the grounds of their disability are extremely regressive and go against the ideas of equity and constitutional morality.

This Bill to amend the two ablest laws mentioned above bring up a larger question as to whether persons with disabilities should be given equal political rights and a fair representation in legislatures.

The Rights of Persons with Disabilities Act 2016 provides for 5% reservation for persons with disabilities in educational institutions and government jobs. But this reservation has not been extended to the Centre or the state legislatures.

There is an urgent need to extend representation to persons with disabilities in law-making bodies as the anatomy of specific laws drafted for them and general laws that directly or indirectly touch upon their lives, clearly reveals that able-bodied, privileged men and women fail to understand the plight of persons with disabilities and end up drafting ablest and, in turn, disabling laws.

Except for the laws mentioned above, there are many other examples of such ablest laws.

The primary one being the Rights of Persons with Disabilities Act 2016. One of the most notorious provisions of this act is Section 3-3 which legitmises discrimination against persons with disabilities when the impugned act is to meet a justifiable aim.

Such ambiguous provisions stem out of pure ableism and place an ample amount of discretion in the hand of law enforcement authorities which have negligible representation of persons with disabilities.

Another provision of this Act, provides for 5% reservation for PWDs in government jobs. But these reservations do not extend to the total number of jobs available and merely extend to the 5% jobs that the appropriate government deems to be fit for them.

This allows able-bodied law makers and law enforcement authorities to make one-sided judgments about the limitations and limited abilities of the PWDs.

A clear example of such one-sided judgements of the able-bodied judiciary was seen in the case of Surrender Mohan v. state of Tamil Nadu 2019, wherein a division bench of the Supreme Court held that people with a visual or hearing impairment of more than 40-50% are not eligible to become judges in the courts of India.

Also read: Should We Reconsider Using the Term ‘Differently Abled’?

The guidelines issued by the union health ministry also belong to these species of ablest laws. According to these guidelines, people with locomotor disabilities beyond 80% cannot practice MBBS. The guidelines are very unreasonable and do not take into account the fact that PWDs can perform their job at par with the able-bodied with the help of reasonable accommodation and assistive devices.

All these laws are exclusionary because they have been drafted by the able-bodied who have their own limited and flawed conception of disability and the limitations it entails.

All these legislations and judicial pronouncements – that excludes the PWDs from becoming doctors, judges or political leaders – came into focus not because a blind person cannot pronounce judgements or a person in a wheelchair cannot perform surgeries.

These discriminatory laws and judgements exist primarily because the able-bodied feel that the PWDs are not competent enough to perform a particular job. These lopsided judgements are not based on the realities and experiences of the PWDs and are rather grounded in the misconceptions held by able-bodied people.

Ableism in our laws can be put to end if persons with disabilities are represented in Parliament and state legislatures because they are the ones who can understand disability and can draft inclusive laws.

Such representation also becomes imperative because India has ratified the UN convention on the rights of persons with disabilities. Article 29 of the convention mandates the member countries to ensure that the PWDs have political rights and the opportunity to enjoy these rights on an equal basis.

Lastly, Article 14 of the Indian constitution talks about the idea of treating everyone equally and provides for logical classification aiming to uplift the people who face certain disadvantages.

Persons with disabilities need to be included in the process of the formation of laws and policies that affect them. This is imperative to meet the purposes of equality and fairness.

The amendment to the act prohibiting PWDs from contesting local body elections in Tamil Nadu is just the initiation of the endeavour to stop ableism. We still need to bring in significant reforms in order to materialise the distant dream of an inclusive society.

The need of the hour is to empower social institutions and assistive technologies to ensure a dignified life for PWDs.

A disability is not a farman (order) from the heavens sentencing a person to a lifetime of seclusion and exclusion. It is just a state of being which can be bolstered and empowered through reasonable accommodation and sensible responsiveness.

Our altruistic constitution goes against throwing the PWDs out of the system. It rather calls for strengthening the system so that it accommodates different people and their differences.