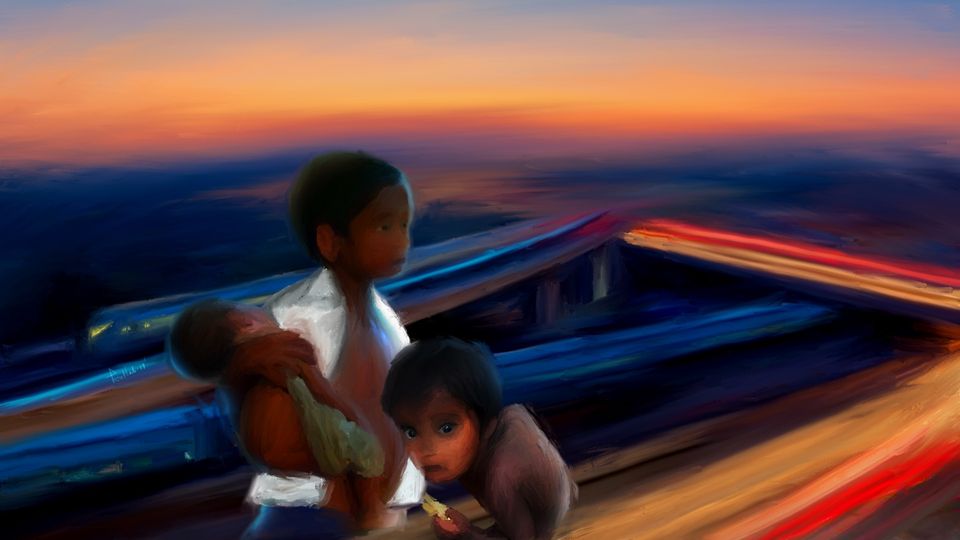 The nightmarish nutrition crisis amongst infants and children in India was recently highlighted by the recent outbreak of Acute Encephalitis Syndrome in the Muzaffarpur district of Bihar.

While some misplaced claims, which blamed the consumption of litchis, were rebutted to showcase that the Encephalitis crisis was a manifestation of abject state apathy, it is the worrisome state of child nutrition that must be addressed – especially in a country chasing a $5 trillion-economy target.

India’s humungous social policy challenge of deficient nutrition levels amongst children and adolescents – especially those belonging to rural areas and marginalised communities – has been part of the discourse on policy for decades.

But even as India’s rank in Global Hunger Index successively fell to 103 out of 119 countries in 2018, the welfare paradox of our economy is accentuated.

According to the National Family Health Survey (NFHS) – IV Survey for 2015-16, the physical and mental growth of 38% of children aged under five is stunted. More so, 21% of the same age group are malnourished.

While there have been massive productivity increases in Indian agriculture since the Green Revolution, child malnutrition figures have remained stubbornly high through many parts of the country.

One of the underlying reasons can perhaps best be explained by the conclusions of Prof. Amartya Sen who found that access to, rather than availability of food, was a key determinant of solving the issue of malnutrition.

In an attempt to remedy the situation, one of the approaches that has been adopted across the states so far has been the Mid-Day Meal Scheme, which aims to ensure higher retention rates among primary school children along with satisfying their dietary needs by increasing access to food – essentially attempting to hit two birds with one stone.

From its origin as a small scheme administered by the Madras Municipal Corporation in 1925 during the colonial era, the programme grew in size and scope through a series of changes in the policy arena pioneered by Tamil Nadu’s success story.

The scope of the Union government’s mid-day meal scheme was gradually expanded even as various implementation challenges and concerns about maladministration were raised.

The Supreme Court judgement in People’s Union for Civil Liberties (PUCL) v. Union of India – or the Right to Food case in 2001 – mandated consistent provision of healthy mid-day meals to children in schools across the country.

With this expanded mandate, the midday meal scheme has gone on to cover the nutritional needs of close to 150 million children – making it the largest such programme in the world.

Unfortunately, the notable accomplishments in the form of higher enrolment and retention rates of students in schools are overshadowed by chronic grievances like financial mismanagement, fiscal corruption and bad quality of food.

Such issues most tragically come to the fore during incidents like the mass poisoning of children at a primary school in the Chhapra district of Bihar, which resulted in 23 deaths.

It is in this context that debates have taken place over the right way of implementing the scheme – whether it should be centralised to ensure standards and efficiency or whether such schemes must be localised to ensure local participation and suitability to local requirements and tastes.

One of the ways to ensure the efficient delivery of meals under the programme has been for states to employ the services of third parties such as Akshaya Patra, a foundation which functions under the aegis of ISKCON.

In November 2018, the Karnataka state education department issued a circular asking the organisation to comply with the state’s nutritional recommendations by including onion and garlic in its meals.

Thus far, the organisation has refused, citing a commitment to a lacto-vegetarian diet which excludes onions and garlic as part of its beliefs and practices.

Other reports told of bland meals that the children didn’t like – resulting in skipped meals.

The controversy prompted the state government to refer the Akshaya Patra menu to the National Institute of Nutrition (NIN) in Hyderabad, which came out with a favourable report stating that the organisation’s meals fulfilled and, in some cases, exceeded the nutritional needs set by the government.

The findings of the report were questioned by several activists and organisations. In an open letter, they said that no empirical studies had been conducted over the quality and quantity of meals supplied by the organisation, and the amount wasted by children in order to truly assess that whether the nutritional needs of children were being met.

Supporters argue that organisation has been providing nutritious meals prepared in hygienic conditions and has won recognition for the same around the various bodies across the world.

It has also been argued that the organisation has been more efficient than the state in the maintenance of quality in meals provided.

Opponents of outsourcing of midday meals counter by giving examples of governments in states such as Tamil Nadu and Kerala that have been more effective in provision of PDS meals – with Kerala even proposing to include seasonal fruit in order to improve nutrient content.

However, it is undeniable that some state lack the administrative wherewithal to achieve similar results. But with respect to states that do not face such problems, such divesting of responsibilities cannot be seen as a plausible solution since the groups most vulnerable to child malnutrition – religious or ethnic minorities, Scheduled Castes and Scheduled Tribes – cannot be made subject to the beliefs of religious charities merely because the government is unwilling to shoulder an essential responsibility.

While building the necessary institutions to ensure proper functioning of the scheme may take time, using it as an excuse to instead outsource such roles to religious charities would not be advisable.

This debate also throws up larger questions of the appropriate relations between religious organisations and the state.

Similar debates have been had in the US over the extent to which the state can use its limited resources in order to effectively provide welfare to the needy. Some argue that religious charities can fill the void and critics respond by saying that the solutions tailored by these organisations cater more to their doctrinal requirements than to the needs of the intended beneficiaries.

A compromise solution to the problem can be found in the approach used by the Odisha government which provides eggs in addition to the meals being provided by the organisation – with the latter having to cover the cost for the provision of eggs.

This is a limited solution as the state cannot outsource its constitutional obligations under Article 47 to provide wholesome nutrition and not redress the chronic inefficiencies in the mid-day meal scheme.

The need of the hour is to put India’s children first – even if that takes adding eggs or catering to regional tastes.

Else, India’s high prevalence of child malnutrition will continue on in a vicious cycle.