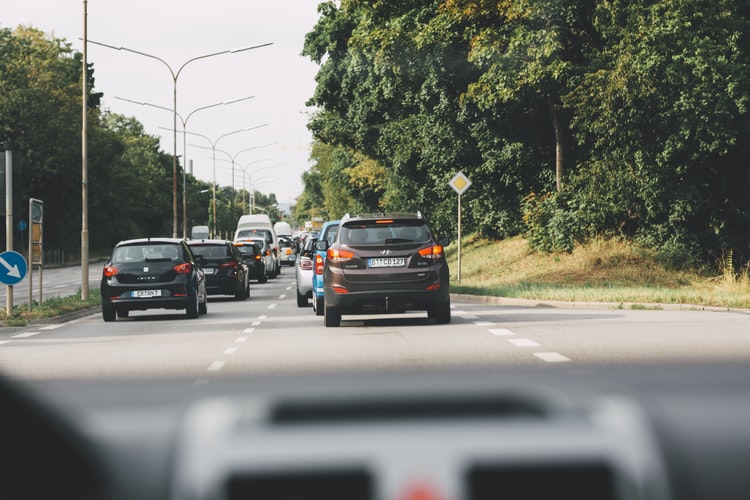 The Motor Vehicles (Amendment) Bill was passed by Parliament on July 31, 2019, and came into effect on September 1, 2019, with 63 provisions that deal with penalties, licenses, traffic rules, registration and road accidents.

Provisions under the Motor Vehicles Act of 1988 were, according to the Ministry of Road Transport & Highways, insufficient to prevent mortality by road accidents and traffic rule violations.

The amendments to the Act aimed at improving road safety, facilitating citizens in their dealings with transport departments, keeping in check illegal activities and providing last-mile connectivity through automation, computerisation and online services.

Being a common citizen of this country, I partially agree with this move. Partially because I can also see the hazards it brings along with it.

While India has seen countless initiatives geared towards development, the reason we continue to lag behind is not because of the ideas themselves, but because of the weak implementation and execution of those ideas.

Exponential Increase in penalties for violations

The new provisions increase penalties to act as deterrents against incessant traffic violations in India. According to the Bill, there will be stricter provisions with respect to offences like juvenile driving, drunken driving, driving without a licence, overloading, rash driving and driving without helmets, among other things.

One of the biggest foreseeable problems with this is that daily commuters who are unaware of the new rules might easily be caught off guard by the newly laid out provisions when traffic officials flag them down.

The government passed the Bill on July 31 and it summarily came into effect on September 1. In a population of over 20 million people, information takes times to reach every nook and corner of the city.

It would have made more sense if an attempt to make the citizens aware of the new provisions had been made prior to implementing them. These people, now (rightly) held accountable for the crimes they’ve been committing and escaping for ages, will suddenly be put behind bars without a fair warning.

Ever since the Bill came into effect, people are being charged for more than one offence, in some cases leading to penalties more than the cost of their vehicle! These exorbitant amounts – arising from compounded charges – cannot be paid by normal citizens.

According to the Hindu, on September 2, 2019, a Delhi resident was fined Rs 23,000 by the Gurugram traffic police for riding a two-wheeler without a licence, insurance papers, pollution control certificate, registration certificate, and a helmet. The offender claimed that his vehicle was worth only Rs 15,000.

Road Accidents have an unsavoury history

According to Save Life Foundation “In 2016 alone, there were 55,942 reported cases of hit-and-run accidents in India, which resulted in 22,962 deaths (which stands at 15.2% share in total road accident deaths).”

The new provisions allow for improvised methods to reduce road accident mortality rates in the country. The provisions also allow for an increase in compensation provided to victims of road accidents. Contractors, consultants and civic agencies will also be held accountable for faulty design, construction or poor maintenance of roads.

When was the last time an engineer, architect, supplier of raw materials or contractor was held accountable for the collapse of a building or a bridge?

Compensations never measure up against the loss of life.

Aadhaar cards, the minimum qualification for driving a vehicle, minimum requirements for issuance of a licence, have all been kept in mind while drafting the amendments to the Bill.

If juveniles are caught driving and are responsible for an accident, the guardian or the owner of the vehicle will be held liable for the incident and face prosecution.

But if every citizen of India was already aware of the rules governing traffic norms, where did it all go so wrong?

Penalties, if properly enforced by the traffic police – not vitiated by bribes – could have potentially alleviated the situation of road safety in the country.

Rather than increasing the price multi-fold, the government should have strived towards curbing bribery and corruption in traffic control departments long ago. Traffic rule violators often bribe policemen without getting a challan – a longstanding norm in India.

Keeping this in mind, Delhi Police said that traffic police personnel will now have to wear body cameras to record violators. The Joint Commissioner of Police, Narendra Singh Bundela said that 626 body-worn cameras have been allotted to the Delhi traffic cops. Apart from this, authorities have installed digital and CCTV cameras in NCR-Delhi to watch out for violators, Business Today reported.

To ensure the corruption-free implementation of these provisions, a senior traffic police official told Hindustan Times that “only court challans will be issued and no spot fines will be taken until the Delhi government notifies the fines under compoundable offences.”

This undoubtedly is a huge step towards curbing the ritual of bribery between enforcement agencies and offenders.

In this writer’s experience, individuals who come forward to help victims are often thrown into a maelstrom of bureaucratic paperwork and litigation. This understandably dissuades them from getting involved and helping victims of road accidents.

The new law for good samaritans arguably counters this problem. It says that such individuals (good samaritans) will not be liable for any civil or criminal action if the victim suffers due to inadvertent negligence in providing assistance.

In an interview with The Wire, activist Piyush Tiwari, founder of the Save Life Foundation, said that the government’s initiative towards the scientific investigation of road crashes will be beneficial. “Police come with an intent to build a case and mostly it files the case against the bigger vehicle. No analysis of what happened and why it happened takes places. Scientific investigation or a forensic investigation goes deep into its causes and prevention.”

The real culprits are being ignored

The commercial transport industry is one of the biggest contributor of traffic rule violations in the country. However, the traffic police’s priority is to catch small vehicle owners who cannot pay such exorbitant fines, says Piyush Tiwari while talking to The Wire.

The amendment also did not include the violation of toll booths, both by drivers and toll tax collectors. In recent news, the Indian Express reported an assault by a commuter who slapped a woman toll tax collector. However, the lackadaisical implementation of rules leads to such incidents often taking place.

Registrations, documentation and driver awareness are lacking in the system, and a mere rise in penalties will not solve the problem.

The problem will be solved when the administration takes into consideration the implementation of these penalties fairly and freely without the influence of bribery and corruption.

Granted, there were several other measures the government could have taken instead of increasing penalties. But there is an argument to be made in favour of making traffic violations so prohibitively expensive, that commuters will be compelled to abide by the law – something which has been sorely lacking on Indian roads for a long time now.

This writer, in fact – after the implementation of the new rules – has rendered all her documents for verification including the pollution certificate. She now ensures having all her documents in her vehicle before leaving the house. Ever since the Motor Vehicles (Amendment) Act, 2019 has come into effect, she has been extra cautious about everything.

And this, perhaps, is the intended outcome: to make drivers more self-aware and respectful of traffic laws – at least to begin with.

Therefore, I partially agree with the government’s decision. Nevertheless, it will be the effective execution and implementation of these new rules that will play the biggest role in bringing about the desired change.