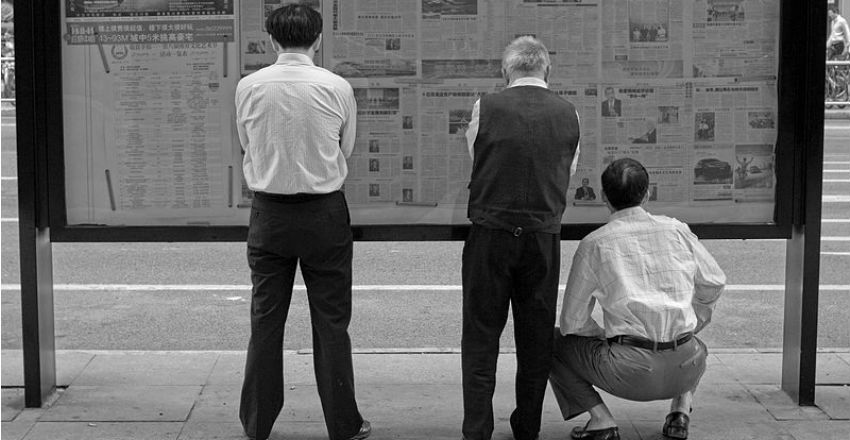 “Information was control,” said Joan Didion in her book, The Year of Magical Thinking. Didion approaches the unimaginable reality of her husband’s death from the standpoint of intellectual inquiry. Even if we exclude Didion’s exceptional context, the importance of information in our lives is undoubtable. It is the sole fuel for thinking and reason – an absence of information from the world as we know it, is unfathomable.

An increasing number of Indians are relying on their mobile devices to access information today. By 2016, 77% internet users in urban and 92% users in rural India were using their mobile phones to access internet. Reliance Jio’s launch in 2016 made access to affordable data plans even easier. As more people join WhatsApp, Facebook and Twitter, the number of disseminators, generators and consumers of false news increases.

So what happens when an increasing amount of information – the cornerstone of dialogue and intellectual stimulation – is rotten and false? What steps can we as consumers of digitised information take to ensure that truth and fact prevail amid an onslaught of misleading information? What can internet savvy users in our country do to curb the tyranny of false news?

A recent study by three MIT scholars posits that false news travels faster than actual news on Twitter. And this dangerous dissemination is aided more by humans than bots. The scholars found that there were differences between the spread of false and real news, even after they eliminated bots from their sample.

There are inventors of false news, individuals who clearly have a motive to do so. And then there are individuals who don’t know any better, and in their naivete they share such information, mostly ‘novel’, as the MIT study points out.

The Facebook-Cambridge Analytica fiasco is showing us just how much of a role data harvesting played in the spread of fake news, which in turn helped pull the see-saw of US voters’ opinions in favour of US President Donald Trump. We also know that Cambridge Analytics worked with political parties in India.

So, what was in our hands as neutral, information seeking readers? Being prudent and responsible, certainly.

Firstly, we should hold ourselves accountable for what we share. We’re proactive about untagging ourselves when someone tags us in an unflattering photo on Facebook, so we can take the same amount of interest in ensuring we aren’t sharing fake news on the platform. When we share something without confirming its authenticity, others share the same post. Then we become a part of the chain that feeds the mechanism of false news’ virality. Therefore, sharing news and articles that have come out from credible news portals and organisations is paramount. The use of the word credible here is deliberate and objective. Media houses that have universal trust should be followed more vigorously. Being a skeptic rather than a believer can go a long way in offering protection from lies on the internet.

Secondly, we should be extremely wary of WhatsApp forwards. It’s a cliched suggestion, but one that can go a long way. What happens when we share a video of an eagle snatching a baby from the ground that our aunt sent on the family group? And what happens when other family members tell other people about the video? The lie slowly becomes immortal, even if it has been debunked elsewhere.

Thirdly, we can try being more omnivorous in our news consumption. An ideal repertoire should include magazines, newspapers, news apps, trending stories from Google and following journalists who are known for their good work. It is human nature to like material that nourishes our belief systems, so it takes conscious effort to diversify our news sources. More holistic consumption demands reading different viewpoints, research studies, following writers who represent ideologies that oppose our own.

Fourthly, we must try, in our own capacities, to keep the discussion about fake news alive. It’s imperative that we fight the gargantuan beast together by questioning what we consume and share, and suggesting credible alternatives. One can write to the papers, start blogs and even discuss with acquaintances and friends.

Nobody can get sued for sharing fake news, so we don’t have to take such measures unless we want to. But when it comes to matters of information, those of us who are concerned about it can adopt some of these practices into our daily lives. After all, we, today’s young, are tomorrow’s news makers and consumers. Waiting for fake news to disappear is a utopian fantasy, it’s time we empowered ourselves against it.

football Shirts Sale
Right here at Toga Sports we have all been concerned in taking part in football or running a local staff https://www.cheapfootballshirtsvips.co.uk in some capability, so we understand the duty and monetary restrictions related to the gorgeous game. The stitching on authentic shirts will at all times be uniform and the sort out twill lettering will lay flat cheap football shirts and even with the shirt, while fakes may have inconsistent, unfastened and frayed stitching with mismatched thread authentic shirts have deep, true colours on heavy Manchester United 3rd Away Football Shirt 2018/2019 sturdy mesh with spandex panels, whereas low cost shirts are made out of flimsy low-quality mesh in light colours which might be very apparent when compared to the genuine. Another easy option to test for authenticity Manchester United 3rd Away 2018/2019 Kids Kits is to take a look at the tags.
Merely browse among the brands accessible on-line, such because the highly Leicester City Home Football shirt 2018/2019 regarded Nike football kits, and as soon as you’ve chosen your group colours, design and elegance to suit your funds, we’ll use cutting-edge specialist tools to recreate Chelsea Home Football Shirt 2018/2019 your preferred sponsorship logos and staff badges – all at a fantastically cheap price.

Rolex Wall Clock Advertising page:
Most fashionable and stylish looking rolex duplicate are http://www.wallclockshow.com in trend now at our swiss rolex reproduction uk shop. Jia Xiaonong rolex wall clock submariner whispered I used to be innocent, I used Rolex wall clock be innocent, methods to prove That is what I’m worried about, rolex wall clock submariner it’s argued that you’re now the situation, there can’t be Rolex wall clock in the motive of human trafficking ah Nonetheless, Zhu Shuji and Tang Zhenghong which means is clear, in addition they consider that you’re now developed, not The problem Omega wall clock that you’re coming submariner wall clock to the peach village. Alot of those clocks originate from Canada, I had an Omega one also, however once more its Fake. Save Hublot Wall Clock to get e-mail alerts Hublot wall clock and updates in your eBay Feed. In case your watch doesn’t show the date there shall be no position 3. When the Breitling clock is in the date position Rolex wall clock it is vitally necessary that you don’t force it counter clockwise. Setting the Time: Whereas the crown is in place four turn the dial clockwise (away from your body) till the fingers have reached the proper place. Unfollow rolex wall clocks to stop getting updates in your Facebook feed. On the market is 1 of these stunning and really rare Sellers Showroom Show Wall Clocks, representing the well-known Rolex watch.