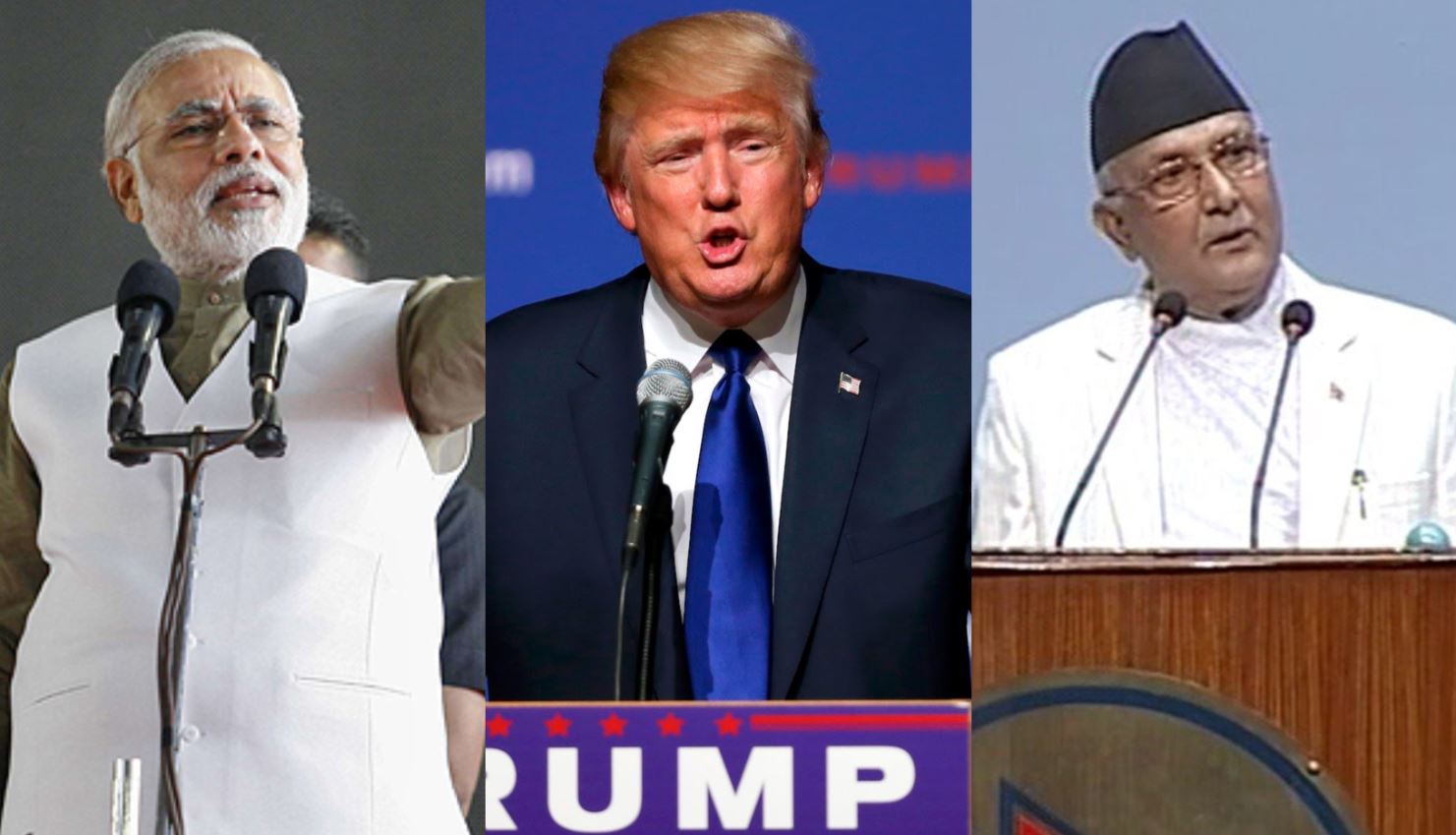 In May this year, Indian vice president Venkaiah Naidu declared that surgeons in ancient India could perform complex medical procedures such as cataract removal and plastic surgery – and he said these things at an award ceremony for scientists. Around the same time, Cobrapost released a series of videos showing newspaper and media moguls’ willingness to push Hindutva for money.

Last year, union minister Satya Pal Singh told engineering graduates in Delhi that the airplane was an ancient Indian invention, and this fact should be taught in IITs. Singh said a man from Mumbai had achieved man’s first flight eight years before the Wright brothers did.

Both these leaders were speaking in intellectually-charged spaces, but somehow, faced no rebuttals or questions on their statements. There are striking similarities in Naidu’s and Nepal Prime Minister K.P. Oli’s increasingly normalised glorification of a fictional past. Their brand of nationalistic leadership often calls for a return to the ‘great’ ancient times. In doing so, their rhetoric also promotes xenophobia and the stifling of dissent.

It is both fascinating and disturbing that such nationalism has become a worldwide phenomenon.

Many people like to say that such xenophobic nationalism – built on the idea of a great civilisation that hates another, seemingly inferior, community – is concentrated in certain fringe or extreme groups. But it’s wrong to assume that these leaders only came to power on the votes of such people.

As Pankaj Mishra said, “Interestingly, it is not the R.S.S.’s khaki-shorts-wearing volunteers, but rather quasi-westernised Indians in the corporate-owned media and mysteriously well-funded think tanks, magazines and websites who have provided the ambient chorus for Mr. Modi’s ascent to respectability.”

Mishra’s point also applies to Nepal, where, ironically, Nepal’s only dollar billionaire was a member of the Nepal communist party – and even served as a member of parliament on the party’s ticket. This same party is now pushing a severely nationalistic ideology that targets those it perceives as outsiders or ‘other’. For instance, a new legal provision allows law enforcement to search the residences of foreigners living in Nepal without any notice.

These nationalist leaders have not only destroyed policies and plans meant for the nation and its people, but they have also changed the definition of what makes a good leader. US President Donald Trump pulled out of the Paris Climate Change Accord and Oli is widening roads by destroying heritage sites. Modi did not even have the decency to immediately react to the horrific Kathua and Unnao rape cases, when members of his party openly supported the rapists.

It is therefore unnerving to realise that despite such actions, these leaders have not lost their followers. Their support bases are as strong as ever. That’s not just a function of genuine support, but also the impact of actively silencing dissent.

“Speak against the government and you’re anti-national and more recently, anti-Hindu,’ a disenchanted member of the BJP commented recently. “Legitimate criticism of the government is shut up with this
labeling.”

Arundhati Roy writes, “In better days, that used to be known as a critical perspective or an alternative worldview. These days in India, it’s called sedition.”

Incidentally, opposing the government is labelled an act of sedition in Nepal as well. It might soon become so in the US, Japan and UK too. Given the general political climate, being killed or incarcerated might become a commonplace thing for voicing political opinions.

What is to be done? An article that you are scrolling through at home can barely scratch the surface of a global problem. Yet it goes without saying that young people need to encourage and participate in political discourse. The drive to oppose nationalistic and autocratic ruling parties may come easily. To harness and channel that energy into a community-wide movement is the real challenge of the moment.

The new political movement should not just be anti-nationalist. It should not be built on negative solidarity, uniting people only because they despise the actions of Modi, Oli or Trump. The new political movement should engage with new principles of organisation and governance. It should be willing to offer an ideal, a utopia, a vision of harmony and true democracy.

Hope – more than fear – can hold a mass of people together.

Sandesh Ghimire live in Kathmandu, Nepal. He tweets as @nepalichimney.