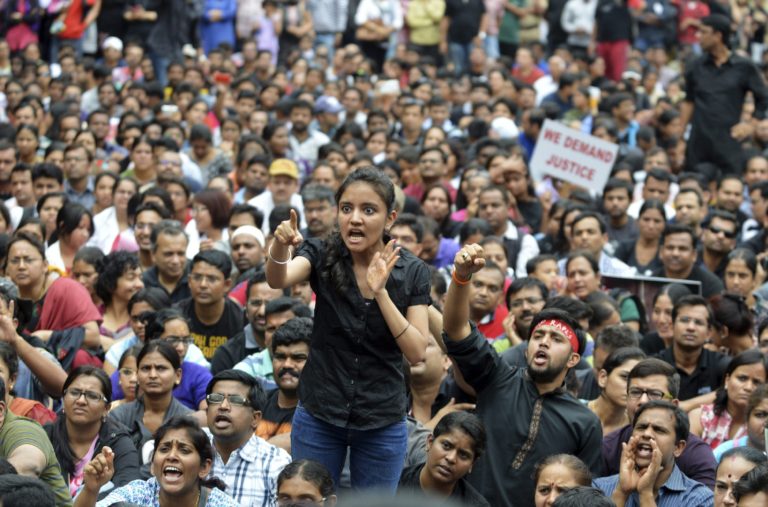 Reading through the many texts on social sciences, one occasionally stumbles upon a key philosopher whose ideas can throw light on some of our most pressing, current issues. The German philosopher Jürgen Habermas is one such figure. Habermas has this idea of the public sphere as a space where ideas, thoughts and views are exchanged, and this form of communication is what enables modern democracies. Schools, universities and mass events foster discussions which in turn build consensus – and so people’s voices are heard, and democracy becomes more meaningful and participatory.

The internet is perhaps the greatest contemporary example of a democratic space – we get access to lots of different voices, each distinct and important and we get a sense of what the public at large really thinks. However, the internet’s many forums are not representative of the entire electorate as large swathes of the population still don’t have access.

Building on the ideas of participatory democracy that the ancient Greeks came up with – the public sphere is incredibly important to a democracy. Our system of government is about more than just routine elections. Democracy is the practice of participatory rule, where ‘each is to rule and be ruled in turn.’ It is the space for equal participation of all that makes a democracy.

In our age, the internet is the battleground of ideas. Those who have a voice and a space there are the active members of our democracy and the ones who don’t have that space become like the excluded other found in the Athens assembly. (The Greeks may have pioneered democracy but they only allowed free, adult males to vote. Women, slaves and outsiders were sidelined spectators.)

Who are the marginalised people in this setup? And how do they get excluded? In the Indian public sphere, the marginalised are many. Dalits, people from SC/ST communities, Muslims, other minority groups (linguistic, religious, sexual, ethnic) and women. This is not to suggest that these groups are voiceless, indeed many from these groups are engaged in the task of carving out their own niche, reclaiming their agency and leading a counter voice to the dominant narrative. But they operate in an extremely hostile environment: from online abuse and to real-life threats, they are systematically targeted. Abuse on a daily basis can tire someone emotionally and mentally, and it takes immense strength to stay and fight back. Non-majoritarian voices are shouted down in comment sections, mocked and harassed through memes, videos, jokes, excluded by online communities like Facebook groups.

Consider the recent #MeToo movement which sparked an international – mainly online – discourse on the global normalisation of sexual harassment. However, support for the movement was far from unanimous as people continued to blame and shame survivors of sexual violence and harassment. Several chose to disregard others’ trauma and question their claims. This routine – of questioning, mocking and humiliating – is what deters many people from speaking up in the first place. It curbs their voice, their space and lets the faults and failings of the system continue.

Such online bullying breaks the moral legitimacy of democracy because it excludes specific groups and seeks to disenfranchise them. Democracy’s legitimacy is built on equality, commonly established rules; it is built on the right to differ, to express ourselves freely – and the recognition of each other as equal and dignified participants in the democratic process. These are the principles that bullying on the internet undermines, and it is therefore important to not view ‘online behaviour’ in isolation. Instead, its collective impact on the rulers (political leaders) and the ruled (electorate), the rules of the game itself (political culture) have to be studied – and remedial measures need to be taken. The success of our democracy may well depend upon it.

Saad Razi Shaikh is a freelance journalist based in New Delhi. He can be reached on Twitter at @writweeter