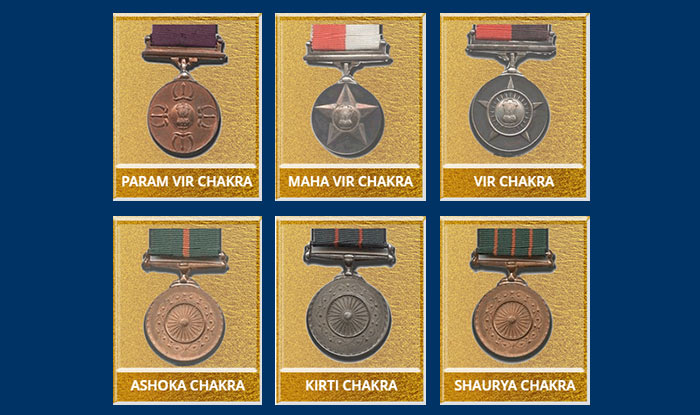 Gallantry awards in the armed forces make no sense. They are unfair and do not serve the purpose they claim they do. Most people believe they are meant to thank those who risked their lives for them. At a subtle cunning level, the awards are also expected to serve as an incentive for soldiers to be more sacrificing.

The strategy is faulty on both counts.

Imagine a battle picture. Twenty men advance against heavy fire to take an enemy position. Two get blown up on a minefield the moment they cross the start line. Four lose their lives to enemy shelling. Three fall to enemy bullets. Four hit the bunker with the enemy machine gun belching fire and silence it. The balance seven land up at other bunkers that were vacated by the enemy just moments ago.

The four that hit the machine-gun bunker get nominated for a gallantry award. One of them gets it.

What about the other 19? Did they offer any less of themselves to the nation?

Taking it further, these 20 men were part of a unit of 700 who all were present in that general area. The order to take that bunker came to these 20 but could equally have gone to the other 680. Probabilistically speaking, all 700 took the same risks.

In an alternate history, each one could have died.

Also read: Complexity and Uncertainty Theory: The Folly of Specialists

Alternate history is the concept of what could have happened with the same inputs from your side, as against what actually happened. It is well explained by Nassim Nicholas Taleb in his book Fooled by Randomness.

In the book, Taleb recalls of an incident in which he shared an evening with coffee with a fellow author. The condition set beforehand was that a coin would be flipped at the end of the evening and the loser would pay for both. Taleb lost the bet and paid for both. His fellow author almost thanked him, but corrected himself in time, saying, “Well, probabilistically speaking, I’ve already paid half the cost.”

If the gallantry award goes to thank one person for taking the risk, it is patently unfair to not award equally to all those who took the same risk.

And if the awards are meant to create a cunning incentive system, it is still a silly idea.

In my 26 years of combat life in an infantry unit, I have not come across a single person who moves even an inch ahead in face of danger just so that he may win an award. Theoretically, if such a man does exist, he is bound to let you down in critical moments. Worse still, the lure of awards is likely to result in the staging of fake encounters designed by just such a person.

Take away gallantry awards and you will reduce a lot of evil that armies and police forces get blamed for.

How, then, do we thank those who die for us? Well, if the nation really wishes to do so, it should improve the pay of all combat soldiers. All of them signed a cheque of their lives for the nation. Which ones get encashed has nothing to do with them.

Why blame a person if the enemy bullet missed him?

Col Alok Asthana is a veteran, presently a consultant on leadership and innovation. He is author of two books – Leadership for Colonels and Business Managers and Reclaim your Democracy. He can be contacted at [email protected]