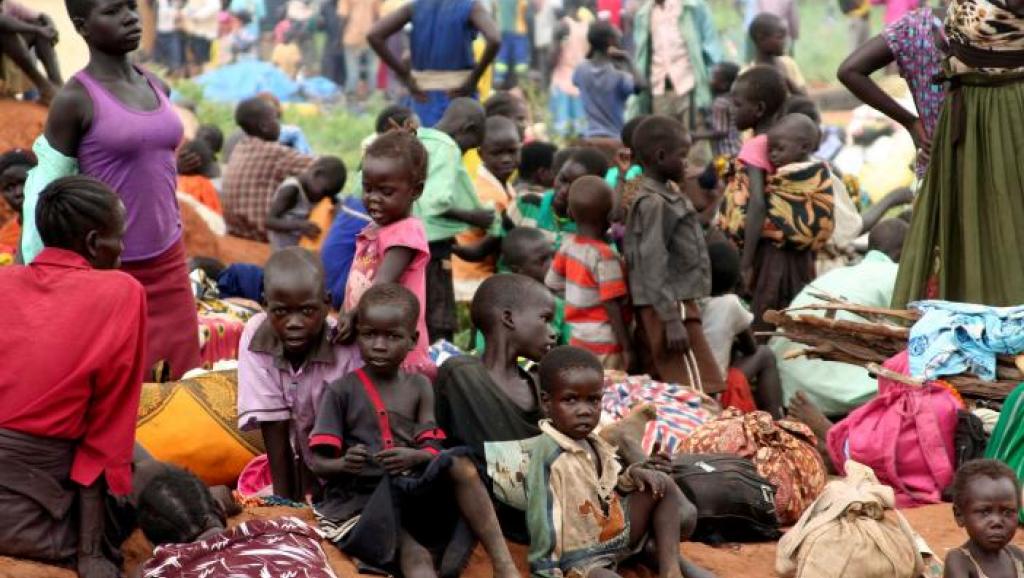 For over two decades between 1986 and 2006, northern Uganda experienced a prolonged conflict pitting government forces against the Lord’s Resistance Army (LRA) rebels. The conflict, the longest of Uganda’s post independence struggles, was rooted in the colonial legacy of divide-and-rule. This was often along ethnic and regional lines.

The conflict had a devastating impact on the population. People were killed, maimed, displaced, tortured, abducted and raped. At the height of the conflict, nearly 2 million people were displaced in the two most conflict affected sub regions – Acholi and Lango.

A study found that approximately 100,000 people were killed during the conflict, with another 60,000 to 100,000 abducted by the LRA. Some never returned, most of whom are presumed dead. The study further conservatively estimates that 24,687 individuals were victims of wartime sexual violence and that approximately 3,000 – 8,000 households in the regions have children born of this wartime sexual violence.

These crimes were life-changing and the individuals and their households in the region bear long term physical, emotional, social and economic scars.

Research from northern Uganda shows that young people who experienced or witnessed war crimes, especially those who suffered multiple war crimes, find it hard to regain time lost from schooling. They also experienced challenges maintaining good relations with their families and society in the post-conflict period.

Considering the enduring long-term effects of conflict it’s not surprising that conflict interventions have tended to focus on vulnerability, marginalisation and trauma. But in doing so they may obscure some important factors.

My long-term research in northern Uganda explored how the conflict affected the recovery of young people in the post-conflict period. I found that poverty, as well as societies that were deeply patriarchal, complicated their recovery process.

My research echoes similar findings in studies from other post conflict settings. These also show that broader social and economic conditions – particularly strict patriarchal societies – make it hard for young people to reintegrate into their families and society. These conditions inhibit survival strategies, limit choices and constrain decisions around rebuilding lives. This is particularly true for women survivors of wartime sexual violence and their children born of war.

One of my key findings debunked the idea that “recovery” is linear or that the end of conflict “normalises” experiences of war crimes. Youth socio-economic recovery is not linear and will take time.

Post conflict recovery is largely driven by the assumption that as soon as conflict ends, normality returns. The assumption posits that people are able to move forward in an upward trajectory in the aftermath of conflict. The reality is far more complex. For example, years after the conflict in northern Uganda ended, young people who suffered multiple war crimes were still struggling to regain education and social status within their communities. And having little or no education affected their productivity, livelihoods and earning potential – impacts that will likely be passed on to their children.

Similarly, the experience of sexual violence, particularly against young women both during and after conflict, complicated their lives and bred stigma which persisted and was amplified over time.

My findings demonstrate that young people’s lives don’t recover steadily following conflict. Recovery is often followed by periods of deterioration. And improvements can be small or intangible. Progress is likely to take a long time and for generations.

Another key finding was that broader social, cultural, economic and political conditions also have a major impact on recovery. For example, the ability of young people to recover from conflict seemed largely linked to broader patriarchal gender norms within society as well as levels of impoverishment. An exclusive focus on war experiences misses these nuances.

A patriarchal society sets the conditions under which young women and men renegotiate their place in their families and society. These norms determine what access, opportunities and resources are available to young people to navigate their everyday lives and plan for their futures.

The third major insight was that more attention needs to be given to individual vulnerabilities and agency. While the conflict heightened individual vulnerability and complicated the recovery process, these factors didn’t entirely erase young people’s agency. Some youth were able to effectively and positively manoeuvre even within the limitations of their circumstances.

For example, women with some economic independence and own physical space, were able to negotiate their inclusion and acceptance in post-conflict society. That said, while some women’s choices led to positive outcomes, other women’s choices had negative effects, particularly when attempting to challenge patriarchy. They risked being locked out of family and social support systems as a result of their choices.

Young people’s post-conflict reality calls attention to events beyond their war crimes experience. This includes the need to address the socio-cultural and economic environment prior, during and after conflict. Paying attention to these conditions provides a rich insight into their complex lives as they dictate and define access to opportunities and choices in the post-conflict period.

Finally, while suffering war crimes and experiencing conflict causes vulnerability, young people are not devoid of agency. It is important to look at every instance of progress or agency rather than reinforcing their vulnerability.

Teddy Atim is a visiting fellow at the Feinstein International Center, Tufts University