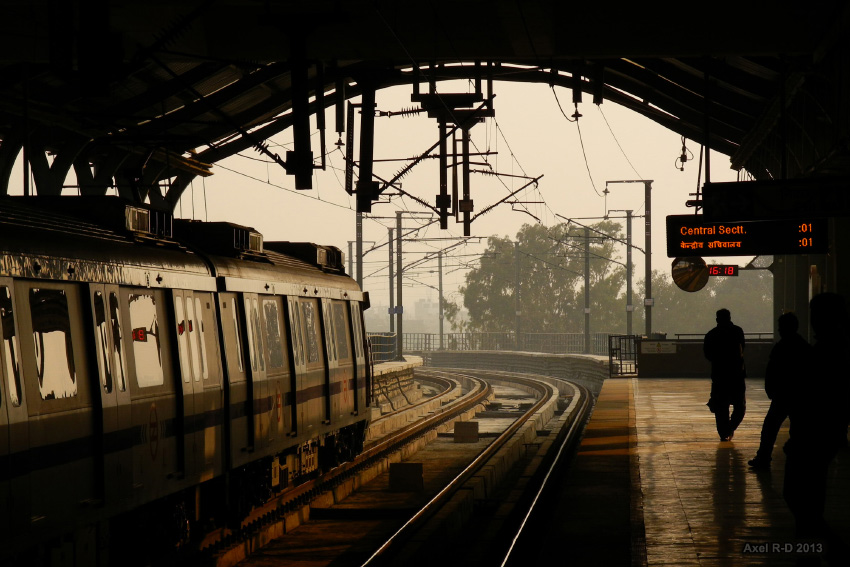 Amid the snow blitz and bone-chilling cold in Kashmir, I had doubts whether my flight to Delhi would takeoff.

I was 17 the first time I came to the city, but had only stayed for a week then. Six years later, I booked my flight to Delhi yet again for a one-month long internship.

At the airport, just before boarding the aircraft – perfectly coloured in blue and white – the security personnel asked me to unzip my hand bag and take everything out for the third time. When I told him that I had already got it checked, he said, “Are you travelling by airplane for the first time?”

I smiled and replied, “No.”

But I was still really annoyed when the checking didn’t stop. Nevertheless, we finally boarded the plane.

For us Kashmiris, travelling anywhere is synonymous with an endless labyrinth of security checks and frisking. It is almost like entering a military base. The experience wasn’t any different this time.

It’s been more than a month now and I’m going back to Kashmir with a bunch of experiences to share with my family.

Delhi is crowded with people from every nook and corner of the world. You will find some people eating food from dustbins and others sipping coffee at Starbucks.

We have very limited livelihood options in Kashmir, but Delhi is almost like a money-minting machine. Here, you can earn a handsome amount even by selling boiled eggs as a part-time job.

Besides, it is so easy to commute via e-rickshaws and the metro. It was interesting to see how e-rickshaw drivers accommodate more than four people at a time.

I loved travelling by the metro. Sometimes I mimic the announcements made on board. However, it bothered me when people peeped into my phone.

Watching a movie in a theatre after 24 years was another unforgettable experience.

When I went to the ticket counter, a lady offered some chocolates with a very warm smile.

I entered the hall and got busy surfing the internet on my phone when advertisements flashed on the big screen. Suddenly, my friend asked me to stand up in attention after the national anthem started played in the background.

I remained seated for a few seconds but felt uncomfortable after a while. After the anthem, the film Uri: The Surgical Strike began and the audience cheered aloud and kept shouting “How’s the Josh” till the end.

We have cinema halls in Kashmir, but they’ve remained shut for almost two decades due to the politically volatile environment.

I loved the wide-variety of cuisines available in Delhi. Being a hardcore non-vegetarian, I would go to Nizamuddin Dargah and Jamia Masjid markets to eat. The price was also reasonable. Back home, even Rs 1,000 is insufficient to buy non-veg food, but here a two-hundred rupee note is enough to buy a nice meal.

However, my enjoyment in the city almost came to an abrupt end after the Pulwama attack on February 14. I was really scared when I heard incidents of Kashmiris being attacked across the country.

My family gave me clear instructions to stay inside after dark.

One night, at around 10:30 pm, a mob sloganeering ‘Pakistan murdabaad’ passed through. We immediately turned off the lights and huddled in one corner of the room. After few minutes, after their angry voices subsided, we turned the lights on and thanked the almighty for saving us all.

Gripped by fear, one of my relatives almost lost his breath when he heard the slogans. After sometime, he said Kashmir is the safer place in situations like this and cursed news channels in the same breath. At that point, I recalled Aristotle’s quote: “He who has overcome his fears will truly be free,” and wondered if I could ever overcome mine.

Things somewhat got back to normal after the unconfirmed killing of 350 militants in Pakistan.

But ever since that dreadful night, I’ve been trying to look and talk as ‘Indian’ as possible.