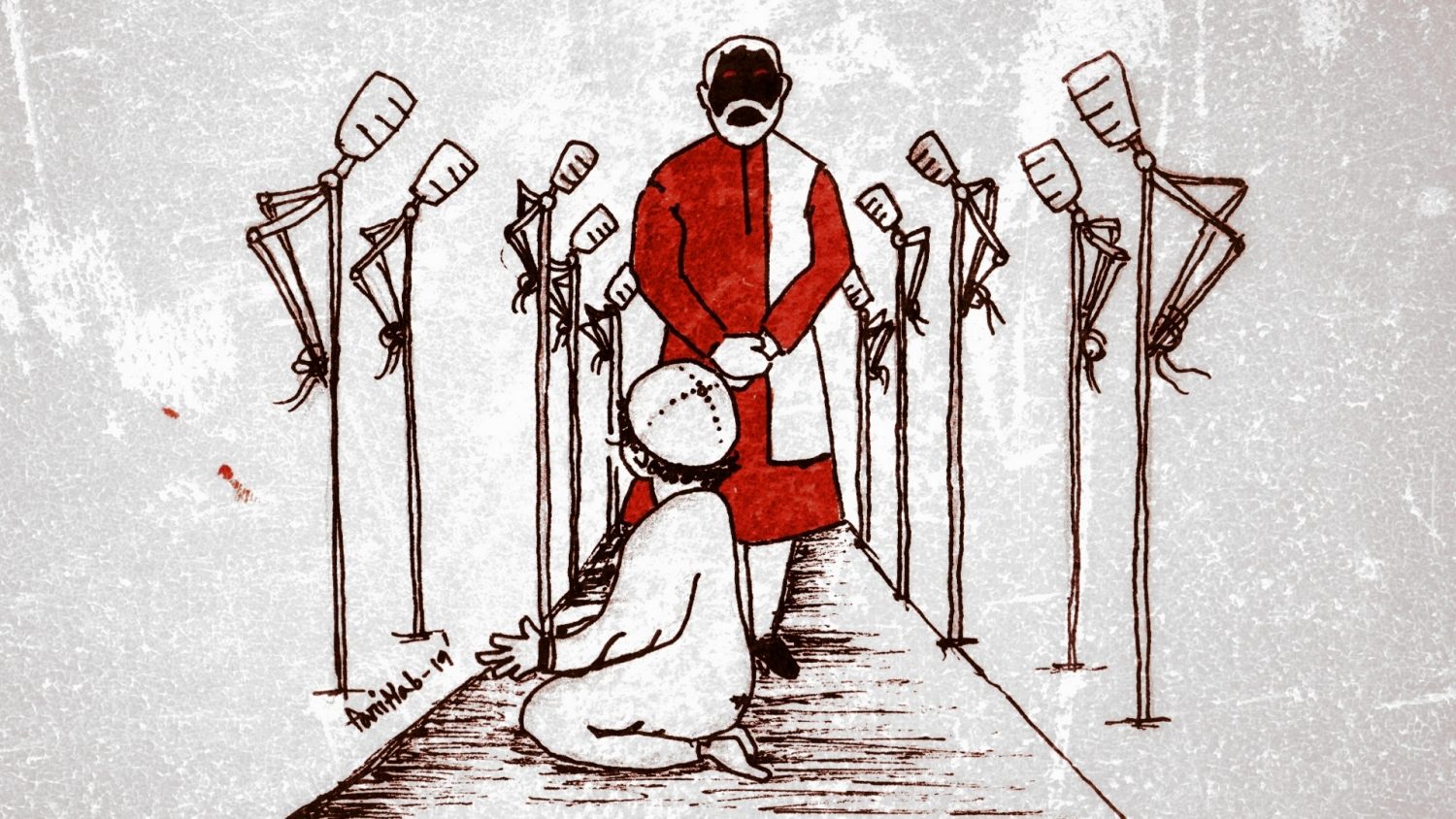 Prime Minister Modi’s address to the newly-elected MPs at the Central Hall of Parliament was meant to be full of theatrics, and it was just that.

But, it remains just that – a show.

Among other things, he decided to single out minorities once again in his speech – stating that they have been deceived for years –  tasking his MPs to break that misconception. Modi decided that the 2019 mandate was one of positive votes. This comment has led many journalists to call his speech ‘statesmanlike’, journalists who probably hoped to earn a brownie point or two after their selective outrage against the partisan Election Commission.

There are several others who are saying that the Prime Minister has spoken for the minorities. He has ‘asked’ for the atrocities to stop. He said, “Minorities have been made to live in an ‘imaginary fear’ all this while and they have to break this deception”.

The question to be asked is whether this fear is actually ‘imaginary’ or not? Ask the minority who walks around cowed down and the answer will be ‘Not at all’. He has already begun the process of de-legitimising real fear and dismissing it. Given that, how can inclusivity even begin? Did he say strong action will be taken against those who take the law into their own hands? Did he condemn the lynching in Madhya Pradesh? Has he even mentioned the Adivasi professor who was arrested for his Facebook post in 2017 elaborating an Adivasi’s right to eat beef?

His vagueness helps their cause. If he were really serious, he would have stated that there would be consequences for those who enable divisiveness. Have we seen any such action? No. And we probably won’t either.

Modi said they should take everyone along, including those who have not voted for the ruling alliance and have been its trenchant critics. If he really meant it, why would he bring up those who didn’t vote for him? It doesn’t matter who voted for him and who didn’t. He is the prime minister of everyone in this country and his job is to not only change the perception, but to do ensure that the economy is not depressed, bring jobs and reduce the prevailing tension. His job is to ensure that everyone is treated equally.

Do any of us see that happening? No. Instead we see the public shaming and humiliation of what he, the RSS and his ground supporters think are the ‘others’. A reduction of the ‘other’ to a second-class citizen so that they permanently live in fear and without the courage to stand up. A breaking of the spirit of human life.

He went on to coin a new term – NARA (National Ambition + Regional Aspirations). This points to nothing but building his own base in the states and becoming a major opposition there. See it as a call to decimate all the other opposition that exists.

And staying true to the Sangh Parivar’s form, the counter narrative had begun even before. Just a day before this speech, Bharatiya Janata Party’s national general secretary Ram Madhav had asked everyone to purge the cultural landscape of those opposed to Modi. What does this mean but an invitation to attack all those who speak against Modi. ‘Cultural landscape’ doesn’t just mean our academicians or filmmakers, it means our very way of life.

If you look around, the attacks have begun. In Gurugram, a man was assaulted for wearing a skull cap and made to chant ‘Bharat Mata ki Jai’ and ‘Jai Shree Ram’.  In Raipur, Chhattishgarh, gau goondas accused a dairy owner of cow slaughter and wanted him arrested. These instances will only multiply and soon we will be inured to it.

While there are several of us who would like to believe what he is saying, his statements are nothing but an example of trying to pull wool over one’s eyes. He has begun the process of blinding the majority to his weaknesses.

In 2014, he had said that his government will be dedicated to the poor and then went about destroying the livelihood of farmers, grabbed land from the poor which he gave to corporate houses and silenced voices of criticism. The list is endless.

At the end of the day, the fact remains that a tiger never changes its stripes.

Ashlin Mathew is a News Editor with National Herald. She Tweets @ashlinpmathew