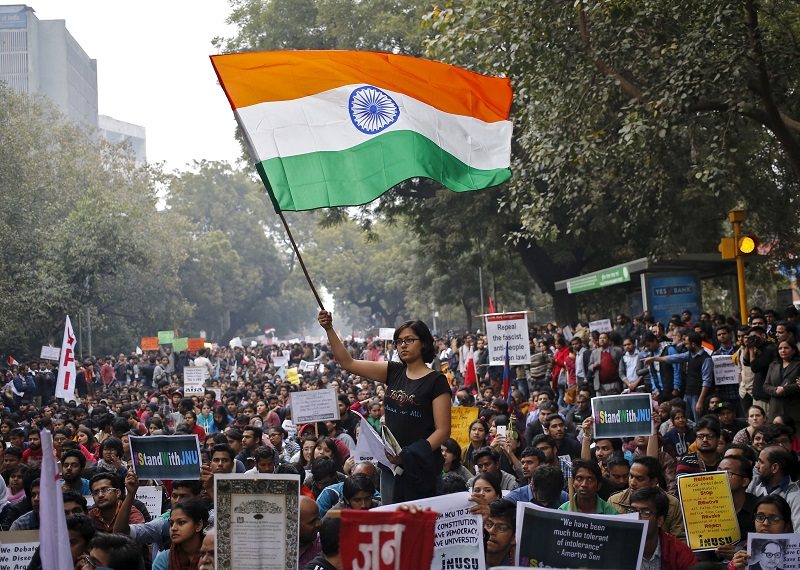 In his piece on LiveWire, Rothin Datta made a point to move away from being an ‘elite’ liberal to being a leftist. While there is a certain category of liberals like the ones he described, they are not the only sort of liberals we have in India’s populace. Like any other ideology, there are variations. He says that the people “who support the #MeToo movement on their social media pages but ignore the students at JNU who are protesting against the very real institutional sexism and misogyny of their university administration’’ essentially belong to a category of people who believe that it’s better to march on Twitter trends than on streets. And why shouldn’t they? Isn’t our governments run from Twitter nowadays? Is it not the source of official press statements, policy announcements, virulent fake news and strong personal opinions?

But while the thought of going left is an attractive proposition, it’s easier said than done. For one, there’s no use of ideology if you lack a platform to put it forth, or if there are so many platforms that you are split for choice (all equally defunct, BTW). The Left is dying in India and many of the reasons are because of structural issues.

After the doleful incident at JNU two years ago, many young student leaders came into the picture. Needless to say, they were far more articulate and charismatic than the present generation of left leaders in India. This is not to mean that the latter are awful or unfit to be leaders, just that they are not that good at putting their point across. Being intelligent and ideology-driven doesn’t mean you have to be bland or ineffectual.

When we talk about the young population and their ability to bring change, we are in some ways looking for people who are rational, unapologetic and never afraid of standing up for what they think is important. We need leaders who can stand up to bullies and make people aware that the bully is not to be confused with a saviour.

It’s time that some of these student activists, particularly the ones with a more prominent presence in the public sphere, be inducted in mainstream politics. They will do a far better job of taking the Left to public discourse than any Left leader. Don’t wait for them to go grey.

When I last looked at the number of Left parties in India, it was more than 200. They were conveniently divided into pro-left front, pro-UPA, pro-NDA, Left united and a dozen others. When the going is already getting tough and your backyard is being increasingly filled by parties that stand in stark contrast to you, what is stopping you from combining your might?

The party which started as a product of revolution is increasingly finding itself in the midst of indecision, in-fighting and indifference. The last few elections have shown that they can fight back, but the ugly spat with regards to alliance with congress has once again brought their divisions to the forefront. Unless they move over their differences and come together, no one can prevent the eventual, inevitable downward spiral of the Left.

It’s no surprise that many left leaders and parties are associated with simplicity (and weak financial strength). It is a product of their ideology which believes in equal distribution of wealth among its cadres. Tripura’s former Chief Minister Manik Sarkar is a case in point. In a society infested with inequality and poverty, it is a noble idea that needs to see the light of the day. By not bringing this quality to the fore, the Left is concealing its biggest asset.

The Left will also have to make people understand that ideals like liberalism, economic independence, freedom of speech and expression are faces of the same dice and the Left is that dice.

At a time when there’s so much division and filth in the society: people are getting lynched for their religious beliefs, women are receiving death and rape threats for speaking their mind, dissenting voices are being stifled through trolls, life threats, legal notices, government agencies and media management, independent institutions like ECI and Judiciary are being wrecked and when the ruling class and law enforcement agencies are shielding a rape accused, the time demands that the people must find a united voice. The Left needs to act as a platform for that voice.

The history of Left movement in India is saddled with false starts and bad political decisions. They have failed in convincing the people that they might be the right choice. However, they shouldn’t be disheartened by their present status. Remember that history never takes a straight line. It twists and it turns, but the broad contours remain the same and the broad contour has always favoured the common man.

Akhilesh Kumar is a 22-year-old civil engineer, who is a JRF at the Haldia Institute of Technology, Haldia, West Bengal. He tweets @TheRahul_Raj and you can find him on Instagram here @akhi_rahul