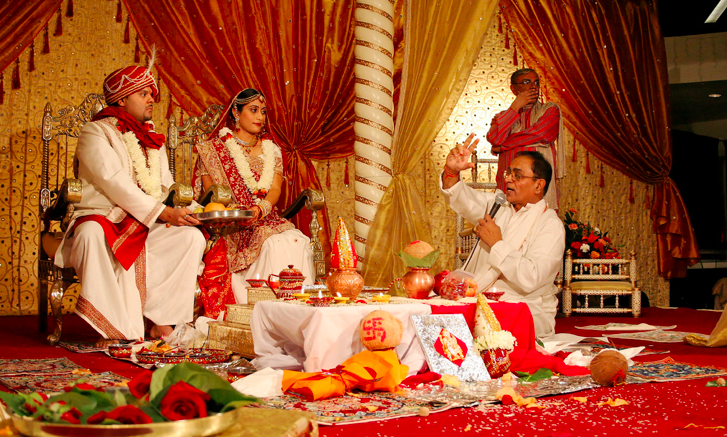 Family laws in India are complex, but they don’t need to be.

Many of us want the state to be out of our personal lives: we don’t want to be told what to eat or wear or think. But when it comes to marriage, we readily accept the state’s intrusion. India governs religious marriages through the rule of law, but the regulation of personal relationships is a complicated task. Which is why it is best if for marriage to be registered as a simple contract, without the state’s involvement.

It is interesting to note that marriages were historically private and governed by religious institutions. Religions (especially Hinduism) generally view marriages as sacred. But leaving marriages to religion creates disorder and opens the doors for oppression. Thus we need the State to regulate marriages through a broad framework. The Muslim theory of ‘marriage as a contract’ can offer up some inspiration -barring its gender inequality and theological aspects. However, the growing influence of the state in countries like ours has led to the state being called upon to ensure the protection of the institution of marriage.

The Uniform Civil Code (UCC) was introduced and hailed as a potentially great step towards the future. But at best, it is a stepping-stone towards a system of greater freedoms between the ‘contracting parties’ and has many problems of homogenization.

Another issue with the state granting and deciding issues of marriage through a UCC is the lack of freedom and authority given to the parties.

The Special Marriage Act (SMA) tried to address some issues such as inter-caste marriage but fell short. While it was progressive for its time, the SMA was brought in as a comprehensive legislation and not a freedom providing one. The Act is thus merely an extension of the State’s power to decide on personal relationships.

The system that I envision would thus govern marriages through a simple contract which would be: (a) voluntary (at first, at least), (b) give options to the parties to decide the terms of marriage themselves, (c) only prescribe the least possible requirements to enter into such a marriage, some of which are already essential stipulations to enter into a contract.

It is not too radical to apply the basics of the law of contract to marriages. Contracts must only be registered if the parties want and disputes which may arise would be decided on the terms of the contract – like any other civil matter. A benefit of this system would be the reduction of family law cases in our over-burdened judiciary, with courts not having to enter into personal disputes and households. Something as simple as getting a divorce by mutual consent would then finally be possible without having to wait for a court decision or a mandatory period of separation.

However this system is also not devoid of problems: leaving the state out of marriage may result in allowing discrimination, and creating the need to safeguard the interests of the oppressed, which may defeat the purpose of such a system. Demands for regulation of such contracts would be difficult in the very likely event of different clauses in the contract. The role of the state to protect the oppressed would also come to the fore in such a case. The intended effect of reducing the backlog of cases in Indian courts might be replaced with fresh and more common litigation on violation of such contracts. However, agency must be presumed, especially in an optional procedure for marriage registration.

There exists little doubt that India will become more liberal and inclusive, even though it might take a while. We are on a long road towards becoming a more equal society, and it is foreseeable that oppressive laws like Section 377 of the IPC will be struck down, with the eventual goal of achieving equality.

Equality and liberalism will also bring complexity, and new marriages will require a new legislation instead of a few amendments. Governing of relationships without requiring state sanction can thus be a lesson to be learnt from the LGBTQ+ community. A demand to be included in marriages has mostly arisen from successful domestic unions. This must not be seen as an endorsement of the state’s power to select and govern personal relationships, but as a mere demand to enjoy the same privileges that apply to marriages.