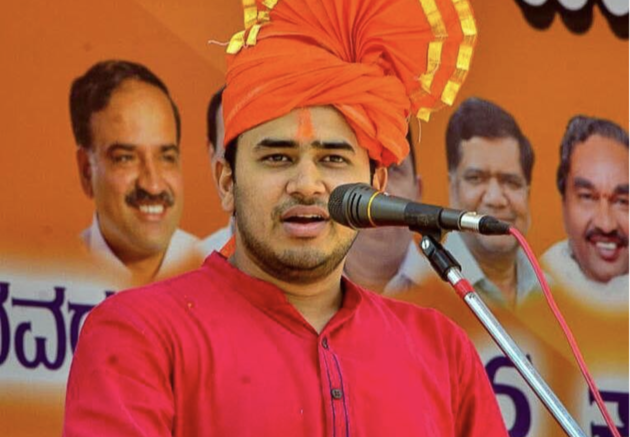 When many of us first heard of Yogi Adityanath, it was inconceivable that he would become the chief minister of India’s most populous state.

He was just one amongst many on the fringe. In 2014, I had heard Muslims friends from Uttar Pradesh discussing his vitriolic statements with anxiety. At the time, I thought it was unwarranted, after all, he was a bigot who was easily avoidable.

But a surprise was in store – he is now one of the chief campaigners of the BJP. Even school children outside his own state know of him, whether they like him or not.

Like in other parts of India, the Sangh parivar tried a similar experiment with Kummanam Rajasekharan in Kerala, where the presence of an educated middle class is above the national average.

Most of the Malayalis who had not bought into the Sangh parivar the ‘Hindus are in danger’ narrative didn’t care much about him till he was made the president of the BJP state unit. Despite being trolled relentlessly upon entering politics, his visibility grew tenfold. Though the Sangh parivar may not find electoral dividends with him soon, they have carved out a successful place for him in Kerala’s mainstream.

These were a few of the thoughts that struck me when I heard about BJP’s youngest candidate in Bangalore, Tejasvi Surya.

Since I’m not a fan of primetime TV debates, I did not know him till recently when several liberal journalists and intellectuals, whom I respect, suddenly put out posts about his alleged misogyny and Islamophobia on Twitter and elsewhere.

Recently, there was a show on India Today TV featuring him and CPI candidate Kanhaiya Kumar as representatives of two polar opposite aspirations of the youth.

During the debate, the former Jawaharlal Nehru University student leader spoke with great clarity, so much so that Surya refused to answer his question and made and excuse to get off air.

In reality, it is likely that whoever the BJP brings in to debate Kanhaiya, be it Yogi Adityanath or most other leaders, the young leader, contesting from Begusarai in Bihar, would likely send them packing within a few minutes by making substantial statements in comparison to the fluff largely peddled by the saffron side.

A question arises here: does the Sangh parivar really care for debates?

From what I have witnessed, no. Win or no win, critiqued or hailed, Tejasvi Surya’s statements and his vitriolic tweets are symptomatic of the Sangh parivar’s politics.

It would be a delight to see Kanhaiya Kumar win the elections from Begusarai in a tight triangular contest. He won the JNU presidential election in a similarly close contest where many left parties competed against each other for same vote bank.

While everyone knows that Begusarai is not JNU, of course, and Bihar politics is far more complex, we can still hope Kanhaiya’s electoral entry may inspire thousands of young minds like him to actively participate in politics in what has become an increasingly toxic public sphere.

Yet, such hope do not dent the ideals of the Sangh as long as they promote people such as Tejasvi Surya or Yogi Adityanath, whom the above toxic public sphere so obsessively desires.

The last five years have shown that bigotry is no secret in India and it is part and parcel of life for a huge section of Indian voters. In that sense, it is cruel optimism that the rational mind of the Indian would choose a liberal Kanhaiya over bigotry.

Let’s not forget how Tejasvi has argued how – electorally and socially – the Sangh hopes are to turn middle class parochialism and versions of communalism into their most violent manifestations.

In an electoral perspective, the Sangh’s prime minister has ruined the economy and sits over a colossal job crisis.

Yet, the Sangh has tasted success in planting the seeds for socially divisive politics which will continue to endanger Indians for years to come. Considering their success in mainstreaming the fringe with the likes of Yogi Adityanath and Kummanam, it appears Tejasvi is their latest hand in their play of putting forth their agenda.

28-year-old Tejasvi Surya is no Sambit Patra, whom largely only the middle-aged BJP supporters relate to. Instead, he belongs to a much younger generation, for whom the Sangh has different aspirations.

The Sangh will attempt to appeal to the middle class’ secret desire to be openly bigoted. Even if there is a regime change at the Centre, poisonous elements propped up by the saffron party such a Tejasvi Surya may not wane away.

Such toxicity is here to stay – inside and outside Parliament. Even a large section of the media caters to such hollow nationalist rhetoric.

Even so, the Sangh itself does not mind substantial critique, rational arguments or negative campaigns against its own creations so long as such elements appeal to its core constituency.

Whether Kanhaiya or Tejasvi win their respective seats will be known only on May 23, but they are both two battles that will be watched closely by India’s youth.

Shaheen K.T. is a PhD candidate at the Center for Historical Studies, Jawaharlal Nehru University.