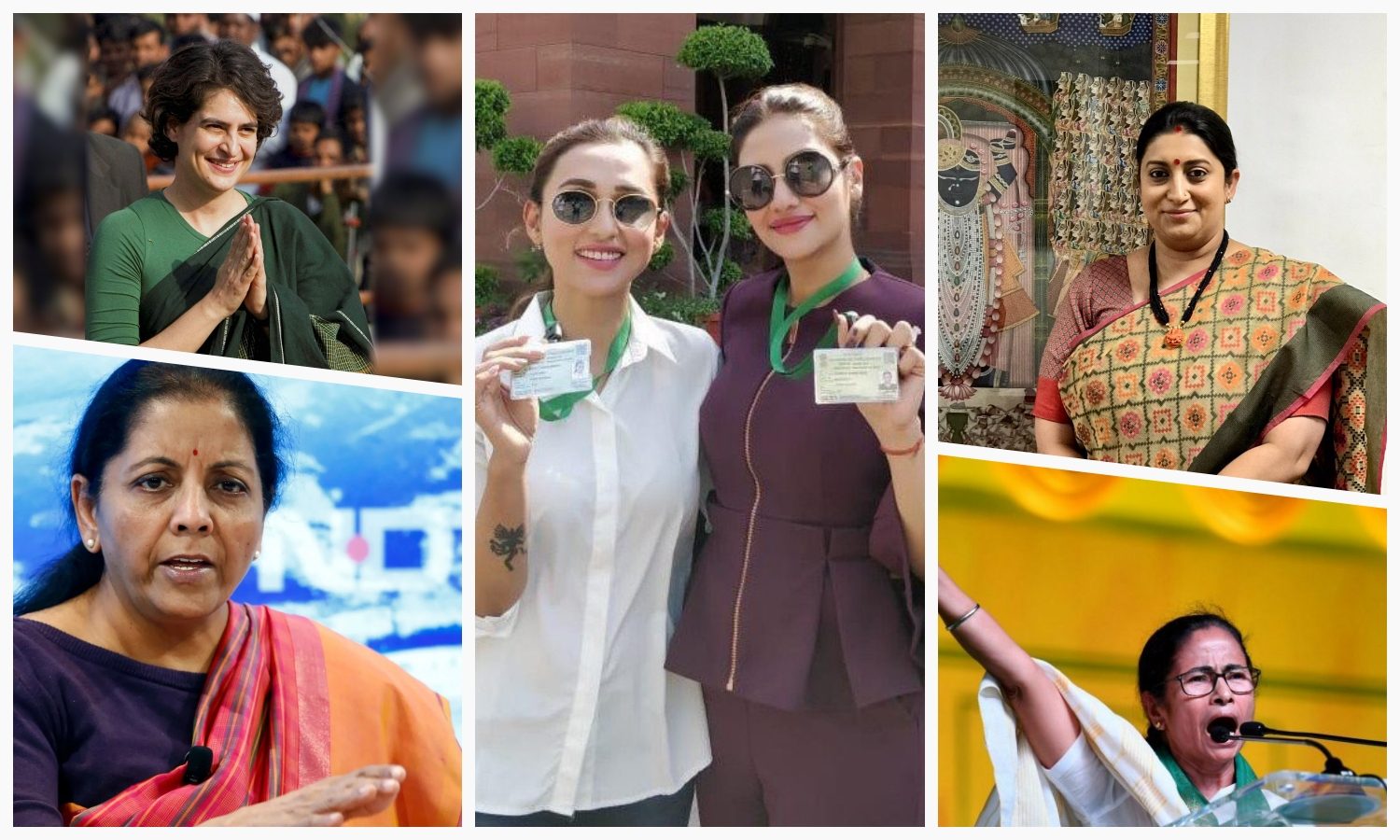 This Lok Sabha election, women members of parliament won 78 seats – 14% representation in the lower house. It is the highest ever in India’s history.

While we celebrate that, it doesn’t take a genius to see that only 14% representation of over 497 million women in the country is actually a really poor figure.

The Women Reservation Bill has been languishing in Parliament for the last 22 years. Besides, 715 female candidates stood for elections this year, compared to 7,334 male candidates, highlighting the sheer level of difference in representation.

Nevertheless, India celebrated those women who will be making important policy decisions from within Parliament for the next five years.

But oh how the celebrations differ across gender lines!

The more news headlines I covered, the difference became more and more apparent. It turned out that there is a very different yardstick to measure the successes of men and women.

There is a distinct pattern on the reportage featuring women parliamentarians. The focus is mostly on what they wear, or how the reporter portrays her victory. On the other hand, men are given coverage based on what they say unless, of course, the women say something outrageous first. For instance, Pragya Thakur’s statements and just about anything Mamata Banerjee says.

In the end, women are either seen as compliant figures in male-dominated political spheres or just as unstable demonesses.

Mamata Banerjee is being called unhinged and slightly “off her hat” for threatening to beat a bunch of men who yelled ‘Jai Shree Ram’ at her. On the other hand, Balram Thawani, Bhartiya Janata Party (BJP) MLA from Naroda, has been caught on camera assaulting a woman.

On being questioned, he said, “I got swayed away by emotions, I accept the mistake, it was not intentional. I have been in politics for the last 22 years, such a thing has never happened before. I will say sorry to her.”

Now, apparently, this shows that men can lose their temper and go off the rails, but if women do so, their mental sanity is questioned.

Sexism seeps into the kind of language we or the media use for male and female parliamentarians.

For instance, Chandrani Murmu, who won a BJD ticket, became the youngest parliamentarian for this term at 25. News18 titles this report as follows: “‘Fairy Tale’ for Chandu: At 25, Chandrani Murmu Becomes Youngest Female Lok Sabha MP From Odisha”

In contrast, Tejasvi Surya, a 28-year-old lawyer, who has earned the title of becoming the youngest BJP MP, gets covered differently. A LiveMint article about him is titled: “BJP’s Tejasvi Surya says he will strive to be the voice of the young Indian”

Women are reduced to glamour quotients in both the eyes of the populace as well as the media, who describe their candidature like this: “Angoorlata Deka, a first time MLA of Assam, spiced up the BJP’s campaigning for the Gauhati Lok Sabha seat” (Outlook report) or “West Bengal MPs to heighten glam factor in Lok Sabha” (New Indian Express report)

Apparently, the dozens of male actors and celebrities standing for elections don’t have enough “glam” or “spice” to match up to women candidates.

Then there is the inexplicable obsession with what women wear, even to Parliament.

But it has nothing to do with inexperience. No woman, however experienced, truly escapes this clothing-based judgement.

On one hand, Nusrat Jahan and Mimi Chakraborty were the biggest topics of discussion for wearing western formals to Parliament, while on the other hand, a lot of people cheered Locket Chatterjee for wearing a Saree. As if either of their attires were a measure of their credibility as parliamentarians.

In a joint interview with Jahan and Chakraborty, on News18 Bangla in March, interviewer and senior journalist Biswa Majumdar said, “Dev also contested last time, Nothing like this happened with him. Because you are women…”

“Because he is a man. That’s why it didn’t happen,” Chakraborty replied.

And while these two women were incessantly judged for being political novices based solely on what they wore, Gautam Gambhir – another novice – who turned up in jeans to Parliament, raised a sum total of zero questions on what he was wearing.

On the other end of the spectrum, People’s Republican Party leader Jaideep Kawade said, “Smriti Irani sits beside leaders like Nitin Gadkari and talks about changing the Constitution. Let me tell you a thing about Smriti Irani. She wears a big ‘bindi’ on her forehead and someone told me that when a woman changes her husbands frequently, the size of her ‘bindi’ keeps growing.”

No political party is exempt from this kind of behaviour, which is why – in some instances – women politicians from across party lines have ended up supporting each other.

In the Outlook’s cover story for May – Her Crown of Thorns – Shweta Shalini, a BJP spokesperson, talks about how a woman is judged through the prism of her gender. “Why should Priyanka Gandhi’s sarees and resemblance to her grandmother make the only news? A woman needs to be judged on her capabilities more than her appearance,” she said

Despite this Lok Sabha having the highest number of women, Modi’s cabinet has seen a drop in female representation from ten to six.

Nirmala Sitharaman, the former minister of defence has been given the ministry of finance. She is the first woman to hold that position full-time. Naturally then, men have taken to social media to school her into how to do her job better.

Her Twitter timeline was flooded with posts ranging from advice on the new budget until she declared that she would crowd-source suggestions for the new budget.  She tweeted: “grateful for every thought/idea that’s being shared by scholars, economists and enthusiasts through print, electronic, and on social media. I read many of them; also, my team carefully collates them for me. Value every bit. Thanks. Please keep them coming.”

Imagine Arun Jaitley saying he will be ‘open to suggestions’ about the way the budget should be formulated, let alone crowd-sourcing them.

Yet somehow, her openness to suggestions was seen to her credit as it solidified the general consensus that Sitharaman had been given the portfolio for being a loyal BJP spokesperson and not based on her merit. And this would ultimately defer all decisions to the Prime Minister’s Office, leaving the finance ministry in his direct control.

Ultimately, if the firm backing of a self-declared Sadhvi and terror accused Pragya Thakur has received from the Sangh parivar, and the defeat and defamation of a hard-worker like Atishi didn’t give it away, Nusrat Jahan and Hema Malini’s descriptions as ‘glam factors’ did.

Ours is a sexist country that has very specific roles for women.

Yet, 78 women still secured seats in Parliament – some with connections, some without.

Despite all their flaws, we must cheer for them because they fought the strictures of a patriarchal society to reach where they are today.

In 1994, India ratified the 73rd and the 74th amendments to the Indian Constitution, granting women 1/3 reservation in rural and urban democratic bodies. Today, these bodies have naturally elected 46% female representatives.

My argument is not that women might not run the country better, but they definitely have the right to try.

As for us? We need to recognise sexism in rhetoric and patiently respond to it. And push for that 33% reservation.

Sreemoyee Mukherjee is building a fortress of words in her home in the Abyss.