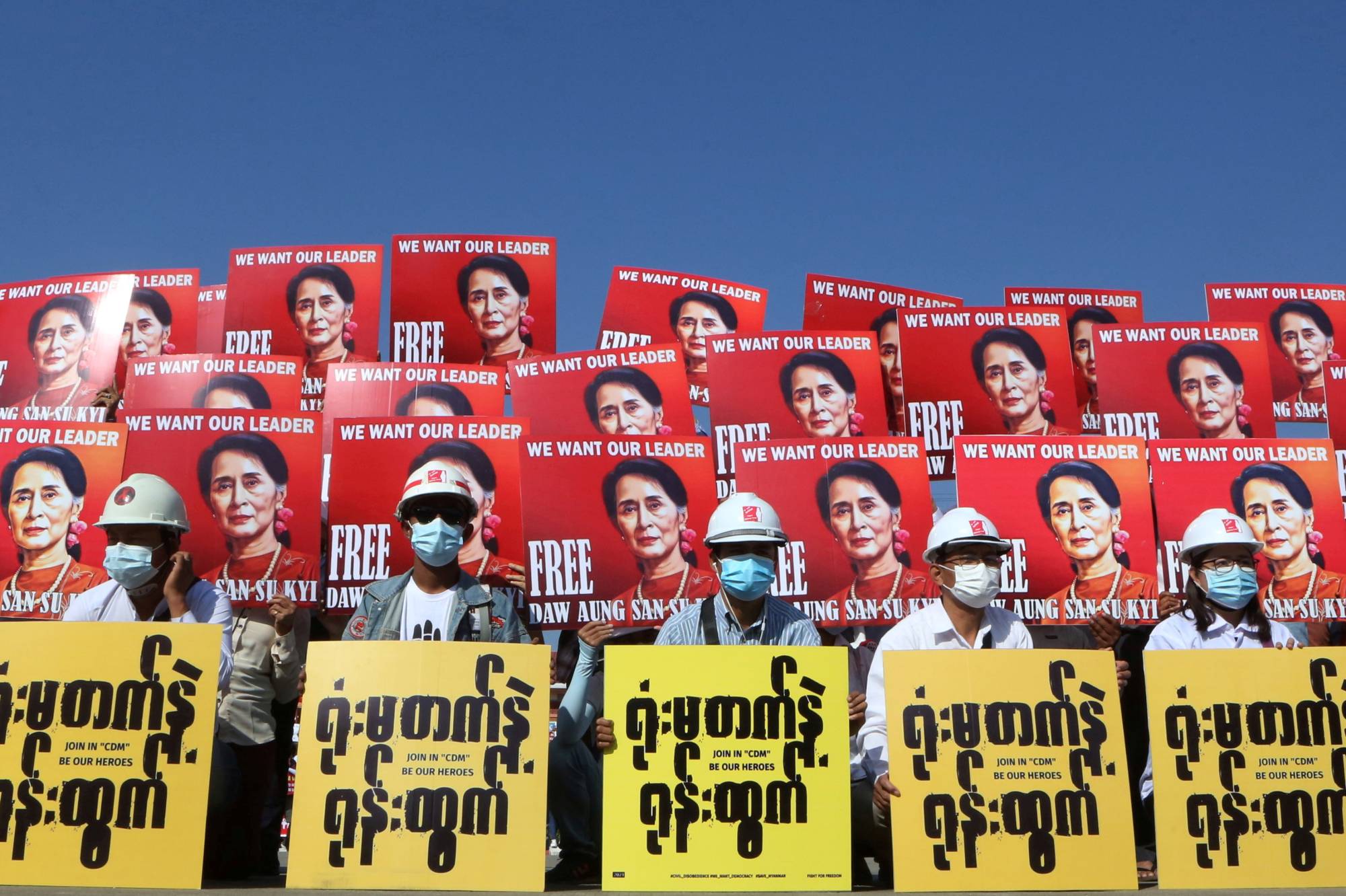 Internet access in Myanmar was cut off again on Monday, as the military attempts to stifle growing opposition to its rule weeks after a coup ousted the democratically elected government.

According to the network analysis company Kentik, internet traffic in and out of Myanmar was reduced to nearly zero early Monday morning. The blackout came as Myanmar’s military, the Tatmadaw, deployed armoured vehicles to counter-protesters in big cities.

According to @kentikinc data, traffic in/out of Myanmar has dropped to nearly zero. #KeepitOn pic.twitter.com/EHINJh1xNS

Protesters have been using social media as their primary means of organising opposition, with Facebook serving as the key platform for the almost daily street protests against the military government.

And it looks like the junta is taking steps that could make internet censorship a permanent tool to stifle the opposition. A new draft cybersecurity bill would grant authorities sweeping powers to control information shared on the internet.

Daniel Bastard, the Asia-Pacific director of Reporters Without Borders (RSF), told DW that the “provisions of this cybersecurity law pose a clear threat to the right of Myanmar’s citizens to reliable information and to the confidentiality of journalists’ and bloggers’ data.”

“It is very similar to draconian legislation in China and Vietnam, which are countermodels of press freedom online,” he added.

“I think [the military] might find other ways to control our access to the internet rather than shutting it down completely, like the new law which basically gives them the justification to arrest anyone,” a Myanmar online activist who goes by “Naum” told DW.

The anti-junta movement is also concerned that the military will collaborate with the Chinese government for advice on installing a firewall, the activist said.

Although the platforms have helped the protest movement gain traction, they can also be easily manipulated to distribute misinformation.

“The spread of the civil disobedience movement was born out of social media, but it’s also a double-edged sword because the other side can also use social media to spread fake news and instill fear in people,” Naum said.

On February 11, Facebook announced that it was treating the situation in Myanmar “as an emergency,” adding that the company would “significantly reduce the distribution of all content” on pages and profiles run by the Tatmadaw “that have continued to spread misinformation.”

Facebook said it has also “indefinitely suspended” Myanmar government agencies from sending content removal requests, according to a blog post by Rafael Frankel, Facebook’s director of policy for emerging economies in the Asia-Pacific region.

The demand for virtual private networks (VPNs), which allow internet users to bypass blocks, surged by over 7,000% on February 4, when the Facebook ban was imposed by the military, according to Top10VPN, a UK-based digital privacy and security research group.

“Almost everyone in Myanmar has installed a VPN on their phones, including my 60-year-old mom, and I don’t even know how she managed to do it herself,” a digital activist who preferred to remain anonymous told DW.

Psiphon to the rescue?

Proxy service Psiphon is one of the most popular censorship circumvention tools used in Myanmar.

Before the February 1 coup, Psiphon had approximately 5,000 daily active users in Myanmar, but that number has since soared to about 1.6 million with daily connections averaging 14 million since the social media ban.

“Psiphon works where other apps do not. It does not require user accounts, is free to use, is translated into Burmese, and it is very intuitive and simple to use,” Mike Hull, co-founder and president of the Toronto-based company, told DW.

Whereas VPNs that use standard protocols are not advanced enough to get around national online filters, Psiphon has designed its own custom protocols to evade blocking by the “most sophisticated censorship configuration,” Hull said.

“Keeping in mind that Psiphon has been providing effective anti-censorship software to the people of China and Iran for over 13 years, I am confident that Psiphon will remain a viable option for the people of Myanmar until such a point that the military will simply give up and restore the full internet,” Hull added.

This was the case for both Belarus and Azerbaijan, “who simply restored access after realising they could not defy the will of the people to have access to the entire Internet,” Hull said.

Featured image: Demonstrators hold placards with the image of Aung San Suu Kyi during a protest against the military coup, in Naypyitaw, Myanmar, February 15, 2021. Photo: Reuters/Stringer