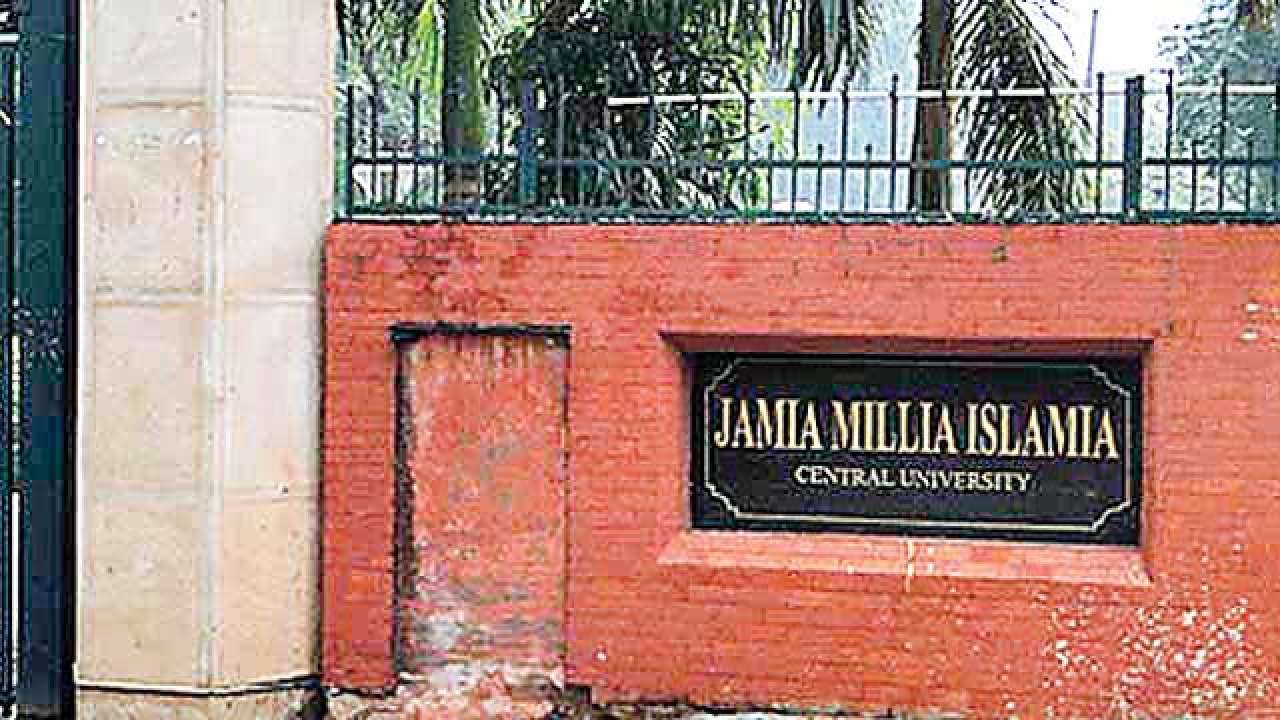 In the middle of counter protests and administrative inquiries, this reporter spoke to several Hindu students and alumni from Jamia to get their views on campus life.

Aakash Chandran, a fifth-year student Jamia’s Faculty of Law, said, “Before I joined Jamia, some of the people in my social circle had a stereotypical idea of this place. They thought that I may not feel safe but my experience on campus has been totally different. I have not faced any discrimination as a Hindu. This campus has iftaar parties as well as Diwali and Holi celebrations. We also go to each other’s houses without bothering about each other’s religion. The problems are being created by people who want to see animosity between us. They are stuck in an ideology of hate, and are working tirelessly towards spreading it.”

His friend Jaya Sharma, also a final year law student said she has not felt excluded or disadvantaged because of her religion. Sharma said, “All this propaganda that Hindus are unsafe at Jamia is bogus. I do not know of a single incident at our university where a Hindu has been treated unfairly on the grounds of religion. I am a Hindu who lives in an entirely Muslim-dominated area but I have never felt that I do not belong here. I have felt loved and respected inside and around Jamia. My flatmates are Muslims. Hindus from outside the university ask me, ‘How do you manage?’ I manage quite well. These are my closest friends now.”

Also Read: After Aligarh, Stirring of Tension on Jamia’s Campus

Divya Sharma, who is pursuing a PhD in psychology said, “It is true that the majority of students at Jamia are Muslim but I have never felt marginalised because of this. Our professors are only concerned about the work we produce as researchers, and not our religion. They do not make a distinction between Hindu students and Muslim students. I feel completely safe on campus.”

Dhrupadi Ghosh, pursuing a PhD in sociology, countered the idea that a Muslim-majority campus is unsafe for women – “I have experienced safety and care in this community. Even when I have returned late at night, I have never been teased or harrassed by anyone. The people who are saying that there is discrimination against Hindus are engaging in a dangerous kind of politics. Their propaganda is all about consolidating power, and establishing a majoritarian, Brahminical Hindutva.”

There are Hindu students who have felt so comfortable and integrated in Jamia that they have chosen to spend several years of their academic career at the same university. Tarun Mathur has been studying at Jamia since 2008. He has done an MA, M Phil and is now pursuing a PhD – all at Jamia.

Mathur said, “I feel at home here. We live together, eat together, study together. I have experienced no discrimination. It is only in the imagination of people who like to suppress freedom of thought, and engage in vote bank politics. The RSS and its affiliated organisations want to divide the students but their attempt has been a failure. Students have come out to show that we are together, we are united. A handful of people cannot make us hate each other.”

Priyanka Bansal, who is about to complete her MA in convergent journalism and has been at Jamia for two years, said, “I never had any Muslim friends before I came to Jamia, so I understand that this university is construed in a certain way. There is a perception that Hindus are not treated well. But believe me, I have never experienced anything like that or heard of it happening to my peers. I think this controversy at Jamia started because students were posting updates on social media saying that they stand in solidarity with students at Aligarh Muslim University who were beaten up. This solidarity is important to show because a university is a place to study, think, and have open discussions. You can disagree with people but that does not mean you can threaten them or pick up weapons.”

Alumni from Jamia have also come forward to defend their alma mater. Mridul Upadhyay, who completed his B Tech at Jamia’s Faculty of Engineering and Technology between 2008 and 2012 said, “My professors at Jamia only cared about my calibre as a student. My being a Hindu did not have anything to do with the opportunities I had, or the marks I got. Whether it was in the classroom, the library, the hostel, the laboratory or the canteen, I was treated as an equal. My closest friends during those years were Muslim, and I am still in touch with them. We did not let religion come in the way of our friendship.”

Other alumni took to social media to refute the communal propaganda. Samarth Pathak, who earned an MA in human rights and duties between 2008 and 2010, wrote on Facebook,”I have never, ever faced any harassment/threat in the university from any student, professor or staff on account of my faith. Never. Not even once. On the contrary, I have always found a vibrant atmosphere of love, harmony, peace and a very strong mutual respect regardless of faith, caste, class, and political and social inclinations.”

If all these Hindu students feel secure on campus, what is the reason behind these protests? A student who wished to remain anonymous said, “Universities are soft targets. Troublemakers know that, right now, the situation is such that they can do anything, and the government will not take any immediate action against them. Thus, there is a huge possibility that they can get away with whatever they do.”

She added, “The nuisance created on our campus is by specific groups of people who are doing the same for a specific purpose and not for a social cause. Religion is a personal thing. There is no need to politicise it. We are students. We are bothered about our studies, our careers, our jobs. Who has the time to think about religion in such a fundamentalist manner? Some groups with a political agenda are the ones putting all these thoughts in the minds of students.”

Chintan Girish Modi is a writer, researcher and peace educator. He tweets @chintan_connect