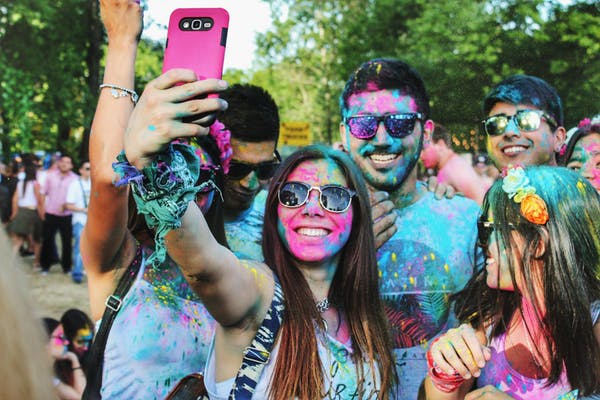 Instagram’s recent decision to remove its “like” counter from its platform in select geographic regions is an interesting, perhaps long overdue, measure.

Although recently users in Canada reported seeing the “like” counter back on for a day, the counter is currently off. The roll-out is a techno-social experiment, and there are advantages — and a few unintended consequences — of such an action.

Numerous studies have demonstrated how the competitive pursuit of increasing those social media counters can affect self-esteem, particularly among younger users. The removal of the counter may work to remove the incentive to treat social media as a form of numbers-based competition and align more with social collaboration.

However, removing a counter does not eliminate competition. There are non-numeric ways to foster competition. In terms of signalling our approval and support of another user’s content, we can post a comment or repost it.

One of the recommendations I proposed in my book on online social capital was to remove these counters or to make them solely visible to the user. It is exciting to see a platform such as Instagram, with its parent company Facebook, take the concerns of cyberpsychology literature seriously.

Will this mark an actual turning point in social media, or will the experiment run its course before everything returns to the status quo?

As an experiment, there is an element of risk for the social media platform.

However, Instagram’s popularity cements its presence in the social media landscape so it can afford to take a few risks. This one, ostensibly, for the more philanthropic purpose of mental wellness.

Hopefully, it signals a new accord between the platform and its users; with Instagram acknowledging the social responsibility that comes with the power of social media.

Much of Instagram’s revenue stream is dependent on matching ads to users. To do this, the platform look at both the user’s time spent logged in and their engagement (viewing, posts, etc.). Some form of metric must be in place (publicly visible or not) to make the case that there is a good return on investment (ROI) for ad placement.

Instagram’s scale of the user base already speaks to the market potential of funding a company’s social media advertising budget. The demographic and market matching will likely still work as intended, given that the algorithm remains in place.

For all the benefits of removing these counters — and I see several — we should consider the unintended consequences of such a measure. How will it play among a user base that has become accustomed to the presence of these counters? How will this decision impact fledgling microcelebrities and social media influencers who use this competitive entrepreneurial path in the gig economy?

Without these counters in place, it makes it much harder for the influencer to make the case that they are indeed influential in the endorsement of products and services. This change potentially reduces their ability to pitch their effectiveness to companies in securing new work.

Also read: Is the Viral ‘FaceApp’ Misusing My Data?

Of course, there are other measures — some more organic or by inference — that can be made, but it would not be difficult to conceive of the possibility that, sans counters, there is not an easy path to track ROI. There may be a follower count, but that speaks only to impressions not engagement.

Influencers, and businesses depend on metrics produced by counters to measure their reach and field test marketing tactics. In the end, however, the removal of these counters may make it even harder for new social media influencers to build reputation, while the already established influencers prosper on the basis of their existing follower base.

Social media as a collaboration

Without having ready and easy numbers to assess performance and justify expenditure, the removal of the like counter may deprive businesses of some much-needed market intelligence. On the other hand, the removal of these high “like” scores may also function to restore the more socially collaborative rather than competitive nature of social media. It may improve user self-esteem in such a way that social validation may have to come through substantive engagement as opposed to comparing “like” counts.

A potentially significant advantage in removing these counters is that it may reduce the revenue stream of click farms whose whole purpose seems ethically dubious, and whose labour conditions are not always fair. Those operations will likely still prosper by producing fake followers as long as those counters are still visible.

One might cynically say that the removal of these counters will not put an end to social herding. Removing the appearance of the counters does not mean their process has vanished. The big platforms can still track and trace who sees and engages with what. And that knowledge informs the algorithm to determine the visibility (and invisibility) of content on each user’s feed. Users may still pay more attention to already established celebrities and public figures, but that is unlikely to change whether there are “like” counters or not.

A turning point in social media

What effect might the removal of the like counter have on the purveyors of fake news and digital astroturfing campaigns? It may not effectively jeopardise their efforts. As long as the algorithm remains unchanged, fake news that gains traction in the social media landscape will still be visible in the news feeds of many users even despite herculean efforts by social media platforms to address this problem

Bringing the conversation back to the regular, non-famous user, the number of likes is one less arguably trivial and fleeting status symbol to boast about. It is one less way of measuring and ranking one another — at least with the ease of seeing numeric counters. For many social media users, they may not remember a time when those counters were not present. The early adopters of social media would, however. Some might argue that removing the counters may be a flawed move: it makes curation of content that is relevant more difficult. But the algorithm that sifts and sorts on behalf of the user remains intact.

If this hiding or removing social media counters catches on, how will you know if anyone “likes” that meme you created, that photo of your food or those selfies snapped in Paris? Perhaps it won’t matter, and comments from a more intimate group of followers may provide a bit more validation than simply clicking or tapping an up-thumb icon. It is far too early to tell if this will significantly alter user behaviour and how, but social media did reasonably well in the early days without these counters.

Kane X. Faucher is an assistant professor at Faculty of Information and Media Studies, Western University