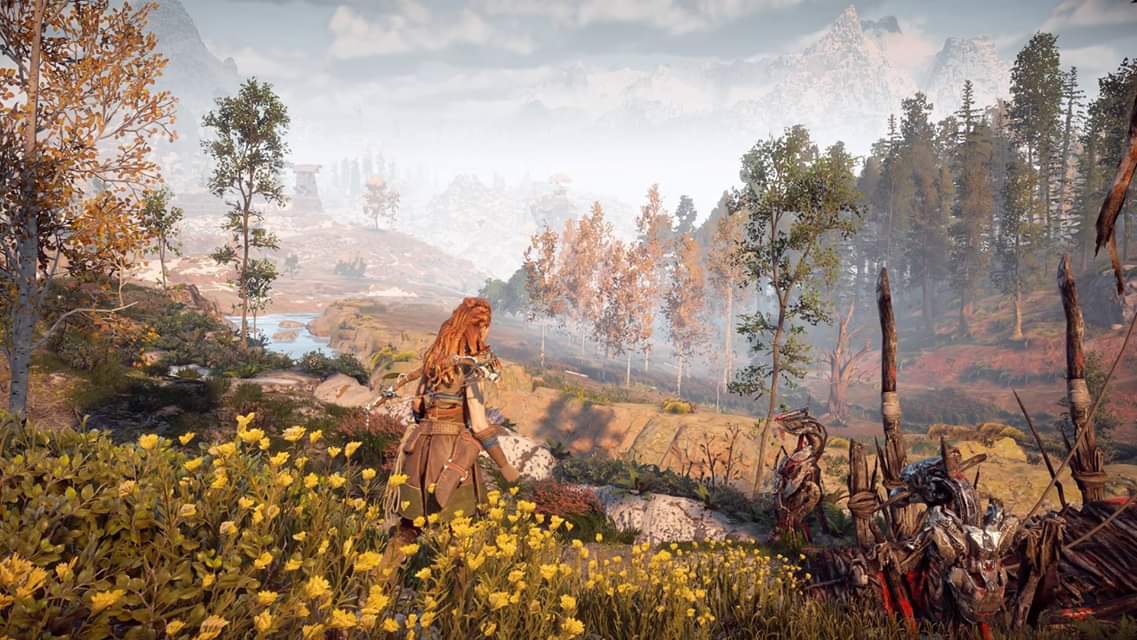 I was seven when I first started playing video games.

It was the early 2000s when my father introduced me to the world of gaming. We played Prince of Persia – the 2D game, not the ones that came after – where a nameless protagonist trapped in a dungeon tries to free a princess.

Then, there were the Harry Potter and Age of Empires games that gave me chances to navigate different fantasy and historical landscapes. I remember countless afternoons spent carefully following every Bertie Bott Bean (the multi-flavoured magical beans that were found in Harry Potter) down a corridor as a giant troll stomped after me.

As the years went by, this hobby expanded beyond the occasional frivolous afternoon. Much to the bemusement of my parents, I was playing video games every day. I fell in love with role-playing games (RPG), with their endless potential for fantasy worlds, people and stories.

By then, I was aware that it meant something to be a girl who played video games – it was hard not to be; after all, none of the other girls I grew up with played.

Gaming in India, especially as a woman, can be a pretty novel experience.

The number of female gamers in India is likely to be much lower because gaming is an expensive hobby and the gaming community is also very gated.

But this gender gap was never quite clear to me till I was in college. Suddenly, I had far more peers to engage with, other girls who played games, more games I could access. I remember afternoons spent sitting outside the university building with others, playing everything from the new Pokemon games to fantasy epics like The Witcher 3.

A screenshot from critically acclaimed 2015 video game The Witcher 3: A Wild Hunt featuring protagonist Geralt of Rivia and his daughter, Ciri.

This is also the time when I started playing games online. Games like Borderlands 2 and League of Legends introduced me to the experience of playing with people across the globe.

But along came the ugly bits too.

It started with a man calling me a ‘cunt’ during an online game. Swearing isn’t exactly uncommon in video games. I, for one, swear plenty. Sometimes it’s inevitable – the player gets killed accidentally and then one has to redo the whole section in the game again, or somebody sniping my character across a multiplayer map – the situations are endless.

But since I live with my parents,  I’m often restricted to swearing quietly under my breath – or just not at all.

Voice chats change this up massively. Most multiplayer games come with the option to enable voice chat – which is to say, enable the ability for people you’re playing with to hear you. That might mean everyone from just your teammates (who might also be strangers), or the rando across the internet in the opposite team.

Turning on voice chat can mean being greeted by an entire world which will respond to how you sound like.

A screenshot of my character from the massively popular multiplayer role playing game Elder Scrolls Online.

That man may have sworn at me out of frustration; I was new to that game and was almost certainly messing up. Or he was just being the way he is with every woman he hears online. At any rate, he didn’t manage to, nor has any man since, put me off gaming. And they are never likely to.

Simply, because gaming is the only activity I do which asks me to participate in the world it has created. In books or movies, I’m taken along for the ride and left to interpret afterward, but in gaming, I’m part of the journey. Sometimes, I make my own journey and that is distinct from the journey from any other gamer. The feeling I’m left with is amazing. No single person can take that away from me.

But the experience of being abused by that man and a few others has changed the way I see and play video games now.

For example, I play plenty of games online with other people. These range from games where I have to rarely talk to people if I can help it (massively online multiplayer games like Guild Wars 2 or Warframe) or games where I would need to communicate with my teammates (League of Legends, Overwatch). But I have never turned on voice chat and I probably never will – unless I’m playing with friends. I only using chat software (like Teamspeak or Discord) with people I know and have gotten rather handy at muting whenever a stranger pops in.

As a note, I’m pretty active on chats and other text-based forms of communication in online games. But I’m also aware that while no one actually knows my gender on chat.  I’m pretty sure I’m not the only woman who does this.

Whenever I talk about video games, or reveal that I’m a woman who’s pretty passionate about video games (to the point that it’s my only significant hobby), I get two kinds of responses, both on either end of the spectrum.

Either it is, “Oh my god, isn’t gaming so sexist?” and the second is “women in gaming are so lucky, the guys will do anything for them”.

Speaking from experience, it’s really not that binary. Gaming has its fair share of toxic communities, but it isn’t the ’90s anymore. Gaming is no longer a ‘men-only’ activity; in fact, a 2019 Washington Post article found that more women over 50 are playing games than men of the same age. The culture of gaming, like most nerd culture, has evolved.

We have video games where more and more women are now being given prominence, like Ubisoft’s Assassin’s Creed Odyssey, Bioware’s Mass Effect, Tomb Raider. Then there are games with queer female characters in leading roles like Naughty Dog’s The Last Of Us 2, Fullbright Company’s Gone Home. Slowly but certainly, we are also moving from the default of the white male protagonist. Women are no longer just characters to be rescued (looking at you, Peach from the Mario games), but protagonists and characters in their own right, with their own stories.

In fact, a lot of my favourite female characters from the last few years are extremely popular characters within the community: like Kassandra, one of the protagonists of Assassin’s Creed Odyssey, a powerful Greek woman who is popular for actually being muscled and built, unlike many female characters. Or Lara Croft, from the Tomb Raider series, who is a nuanced look at a female character who has a complex backstory.

The way I see it, the Gamergate controversy that erupted in 2014 brought to the boil a lot of underground sexist sentiment in the community. For those unaware, ‘Gamergate’ started off with an incident where a disgruntled former partner of a female developer posted a long note about how his ex-girlfriend had been sleeping with game reviewers to get favourable reviews for her upcoming game.

This snowballed into a controversy, ostensibly about ‘ethics in video game journalism’, but in actuality showing the ugly face of gaming – female journalists and developers were doxxed, many of them closed their social media profiles and it was an all-around bad time.

But despite all of this, what was truly heartening was the solidarity that emerged: women came together to support each other, people banded together to call out the sexism/threats. Eventually, the ‘movement’ itself died when it was ridiculed publicly in a major TV show (The Late Show With Stephen Colbert)

A screenshot from the 2015 video game Bloodborne with my character.

And this hasn’t happened without a fight. Just note the backlash that happened when a woman was shown on the main cover of Battlefield V. The backlash was along the lines that this would be “historically inaccurate” – as if women have never served in battlefields.

And as if this isn’t a video game.

Women who stream video games continue to face harassment and flak, even from prominent voices in the gaming space. There are countless examples of female streamers who have to deal with derogatory language and harassment on an almost daily basis.

So yes, there is a great deal of work left to do. But the good news is that the work is happening. While many video games continue to showcase women as stereotypically ‘sexy’, many others break the metaphorical glass ceiling and show sensitively written women. Even though female protagonists are not yet the norm, they’re no longer the exception they used to be.

It’s a good time to be a woman in gaming.

Long story short: Women play games. I’m a woman and I play games and if you find that weird, you might want to relocate yourself to the 21st century.

Saswati Chatterjee is a long time nerd and has been playing video games for as long as she can remember. She currently works and resides in Delhi.